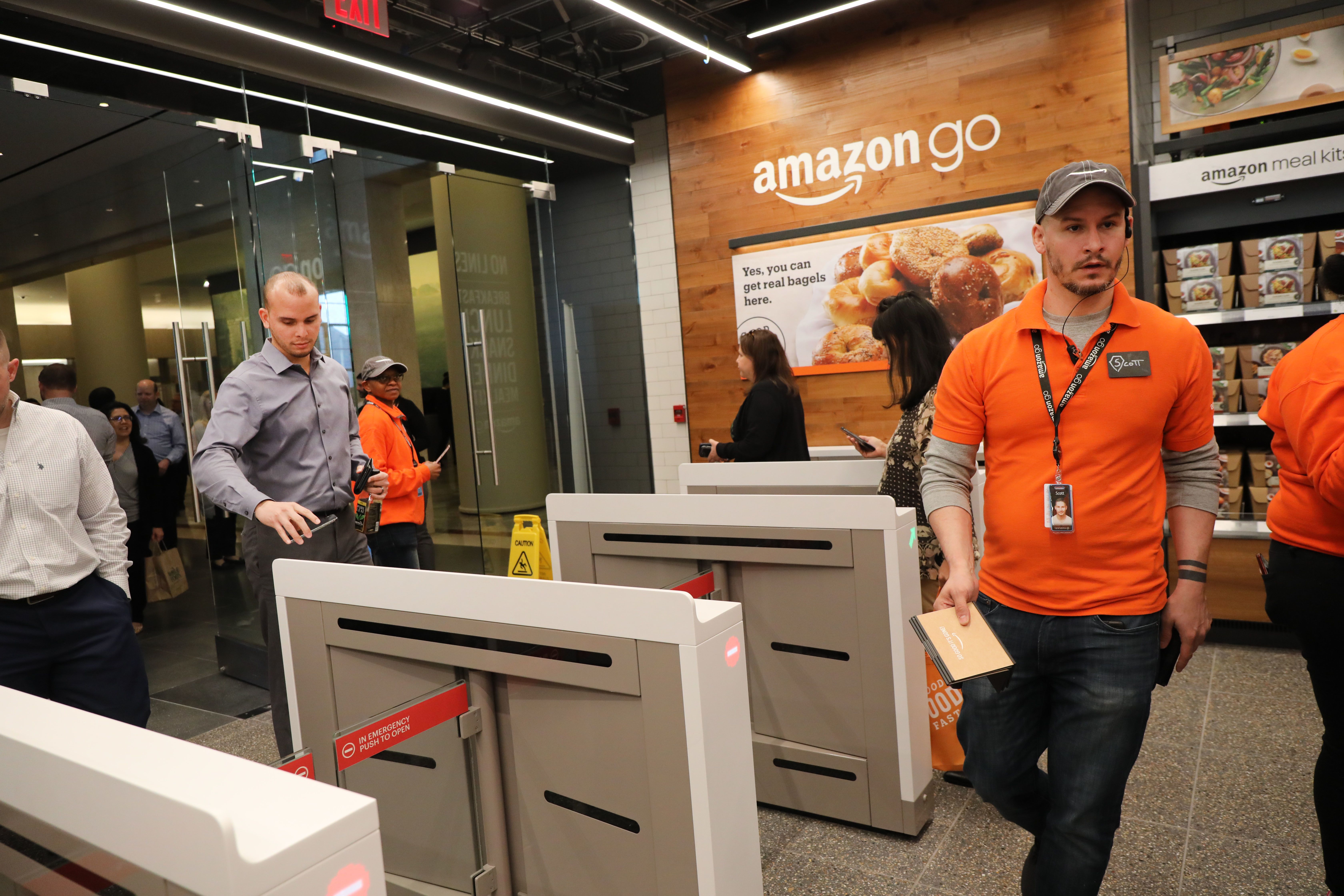 People shop at the newly opened Amazon Go Store on May 07, 2019 in New York City. The cashier-less store, the first of this type of store, called Amazon Go, accepts cash and is the 12th such store in the United States located at Brookfield Place in downtown New York.

The online retailer on Tuesday will welcome its first customers at 300 Park Avenue, in the Midtown area in Manhattan. The roughly 1,700-square-foot store will be the thirteenth Amazon Go location to open in the U.S.

“New York really fits … what we’re looking for,” Cameron James, vice president of physical stores at Amazon, said in an interview. “It’s high density. … Lots of people on the go. It’s a great fit for us.”

On May 7, the company opened its first Amazon Go in New York City at the Brookfield Place shopping center downtown. Both locations are notably situated in the midst of busy business communities, with firms like J.P. Morgan and Bank of America keeping their offices nearby.

James wouldn’t comment on how many locations Amazon ultimately plans to bring to New York. But it’s been reported the company could open as many as 3,000 of these cashier-free locations across the country by 2021, threatening the likes of CVS, Walgreens and 7-Eleven shops.

“We have to be deliberate,” James said about how Amazon is looking for real estate. The company is looking to determine “where the customer is we want to serve,” he said.

This latest location will be slightly bigger than the Brookfield store, which is 1,300 square feet. Most of the other Go locations are on the West Coast, including in Seattle and San Francisco. Amazon has already announced its fourteenth location at Three Embarcadero Center in the financial district in San Francisco.

The store on Park Avenue will also accept cash, something the company started doing when it opened at Brookfield Place last month and said it now plans to do with all future locations.

Amazon was facing backlash from people who say its cashier-free stores are discriminatory toward individuals without bank accounts or credit cards. Now, in New York, it’s giving shoppers the option to use paper money or coins by having a store employee come to them with a mobile device to help them check out and pay, the company said. Otherwise, Amazon Go shoppers simply walk in and out of the store’s turnstiles, scanning the Amazon app, to purchase items like its grab-and-go sandwiches, salads, meal kits and other necessities.

The store on Park Avenue will also be the second Amazon Go location to serve brewed coffee and espresso drinks, something the company has been testing back in Seattle in a deal with Starbucks. Shoppers will be able to make their own lattes, Caffe Americanos and mochas with a self-service kiosk in the store.

The Park Avenue store will be open Monday to Friday, from 6 a.m. to 8 p.m.