Amazon is losing many friends but not Wall Street 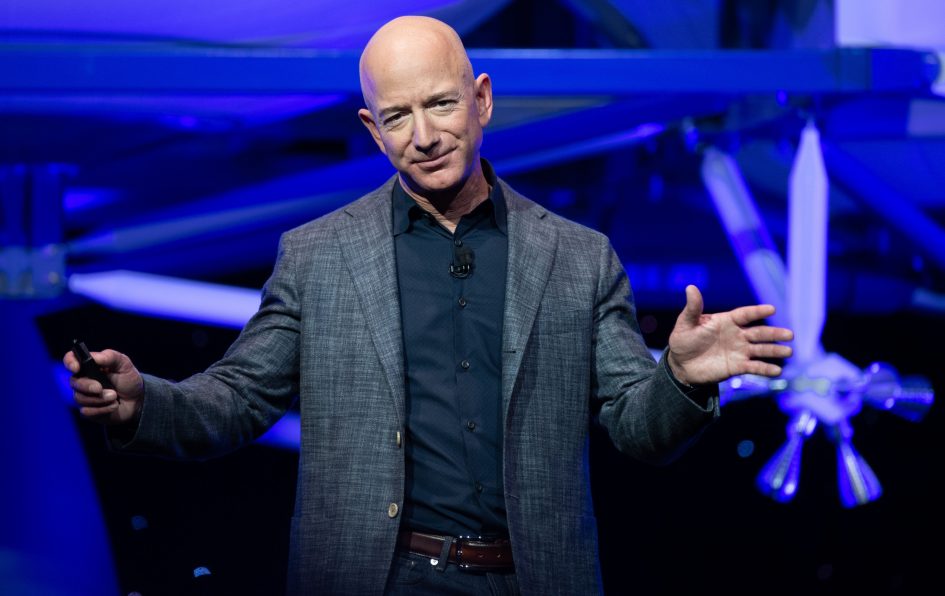 From industry stalwarts to high-profile politicians, seemingly everyone’s turning their backs against Amazon these days. Except one: Wall Street.

This comes after several years of stories about retail rivals’ refusal to use Amazon’s AWS cloud service so they could avoid funding its most lucrative business. Vendors and sellers often complain about Amazon’s marketplace policy, and sometimes threaten to stop selling there altogether. Even politically, Amazon has butted heads with city officials in Seattle and New York, while politicians on both sides are calling for tighter regulatory scrutiny on its business.

For the fourth straight month, all 45 analysts with ratings on Amazon’s stock recommend buying it, according to FactSet. That makes Amazon one of only three companies in the S&P 500, alongside Assurant and Diamondback Energy, to have perfect “buy” ratings. Even following last month’s earnings miss and lower-than-expected guidance, Amazon’s stock barely moved and didn’t see a single downgrade on its rating. Its stock is up 20% this year, outpacing the 15% rise of the broader S&P 500 index.

“Amazon is expected to make more enemies as they grow larger,” said Loop Capital’s Anthony Chukumba, who raised his price target to $2,380 in May. “But none of this really concerns me — Everybody hates Goliath.”

Chukumba said the hostile reaction is only natural as Amazon has become a dominant force and is known for its almost limitless ambition. But the animosity is having little effect on his investment decision because he doesn’t believe any of it is going to have a significant impact on Amazon’s long-term financial prospects.

“That’s what it really comes down to,” Chuckumba said, referring to Amazon’s continued growth. “The track record speaks for itself.”

In a series of statements, Amazon noted that AWS retains many retail customers, and that third-party sales on Amazon.com are growing faster than Amazon’s first-party sales.

For Amazon, Wall Street’s support and a strong share price are particularly important as stock makes up a relatively high percentage of workforce compensation. This is true even for top execs: AWS CEO Andy Jassy and consumer retail CEO Jeff Wilke received just $175,000 in cash last year, with the rest of their $19 million compensation coming in the form of stock rewards.

Hari Srinivasan, an analyst at Neuberger Berman, said that Amazon CEO Jeff Bezos has earned Wall Street’s trust through years of investments that have resulted in fruitful returns. While most companies do one thing very well, Amazon has managed to build a leading position in two major categories — e-commerce and cloud business — and continues to invest in other areas like advertising.

For example, the recent investment in one-day shipping, which cost Amazon over $800 million in the second-quarter alone, showed immediate results with a huge bounce back in online sales, giving investors “greater comfort” in the company’s heightened spend, Srinivasan said.

“From a technology investment point of view, I think Bezos has the greatest amount of respect from investors,” he said.

Still, analysts say there are a couple of growing risk factors for Amazon that they are keeping a close eye on.

One of them is the broader economic climate and the potential for a long-term recession. Although the main data points like employment and consumer spending point to a healthy economy, talks of a looming recession is keeping investors on edge, Srinivasan said. When there’s a recession, there’s a slowdown in revenue, and a big market correction usually follows. And consumer companies like Amazon tend to be more exposed to those downturns than enterprise companies like Microsoft or Oracle, who get the bulk of their revenue from business customers, he said.

“It’s a cloud on the horizon that’s worth monitoring,” Srinivasan said.

The bigger concern, perhaps, is the regulatory environment surrounding Amazon. The antitrust probe and calls for breaking up Amazon still have a long way to go before becoming a major risk for Amazon, analysts say, but there’s always a chance that a compelling case could emerge and threaten the company. Jason Helfstein, an analyst at Oppenheimer, said Amazon seems to have less immediate antitrust risk than Facebook and Google, but nonetheless it’s an issue that keeps investors worried.

“Just in general, investors don’t love the whole climate around regulation in Washington D.C. and the rest of the world,” Helfstein said.