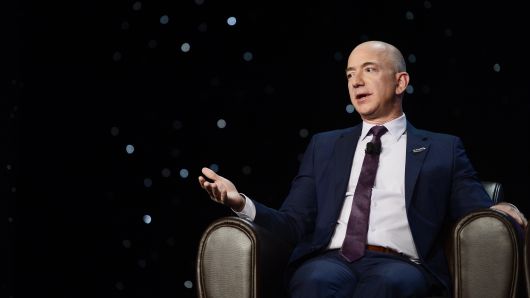 Amazon’s relentless pursuit of growth in retail, cloud computing, advertising and consumer devices has put the company squarely in the sights of Washington lawmakers who are concerned about Big Tech’s growing influence over consumers. But rather than fiercely fighting every battle, Amazon looks like its ready to play nice.

In March, Amazon dropped a policy that prevented merchants from offering lower prices on other websites following an investigation request by Sen. Richard Blumenthal (D-Conn.). Last month, the company scaled back some of its most aggressive promotion tactics after Sen. Elizabeth Warren (D-Mass.) called out abusive business practices. And late last year Amazon raised its minimum wage to $15 following criticism of the company’s working conditions by Sen. Bernie Sanders (D-VT).

Amazon also confirmed to CNBC that it would soon start accepting cash at the Amazon Go cashierless stores as a growing number of cities and states push for laws that require all stores to serve the unbanked. It’s all part of a strategy to be more likable at a time when tech companies are drawing heat for behavior that looks increasingly anti-competitive.

“I believe Amazon has made the connection between likability and immunity from regulation,” said NYU business professor Scott Galloway, author of “The Four: The Hidden DNA of Amazon, Apple, Facebook, and Google.”

This is a different company from the vigorously defensive, win-at-all-cost Amazon we’re used to seeing.

Everything we know about ‘The Mandalorian’ Star Wars show on Disney+
what Tiger Woods win in 2019 Masters means for Nike
To Top
error: Content is protected !!
Top