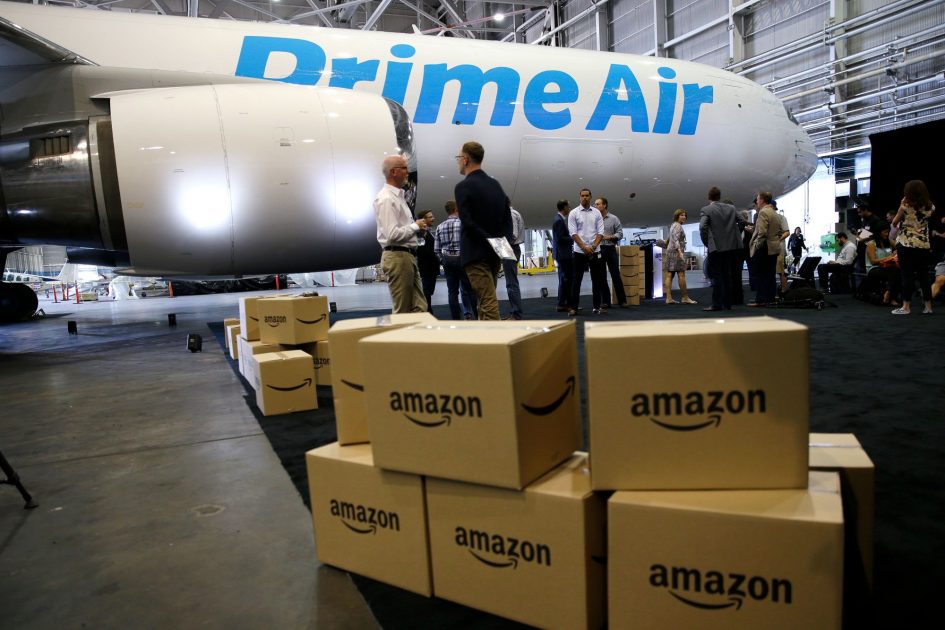 Amazon.com boxes are shown stacked near a Boeing 767 Amazon “Prime Air” cargo plane on display in a Boeing hangar in Seattle.

Amazon Prime members can now get their packages even faster as the company begins to roll out free one-day shipping on over 10 million products.

Amazon executives said on its last earnings call that it will spend $800 million in the second quarter of 2019 to shorten the standard shipping program for Prime customers from two days to one. The program is first launching in North America but will eventually go global to other Prime markets, the executives said.

The initial announcement sent shares of Walmart and Target tumbling as they will be pressured to keep up with Amazon’s delivery speeds. Less than a month later, Walmart announced its own free next-day delivery offering on orders over $35. Amazon’s offering requires no minimum purchase.

Amazon’s robust logistics network has made it possible for the company to reduce shipping times and costs for customers. A March report from RBC Capital Markets estimated Amazon already had the capacity to offer same-day and next-day delivery to 72% of the total U.S. population. Amazon’s heavy investments over the past four years into expanding its fulfillment centers has boosted its efficiency, RBC said.

Outside of continental North America, Amazon said it has been speeding up delivery times in Alaska, Hawaii in Puerto Rico over the past year, with shipping speeds ranging from one to five days for Prime members.