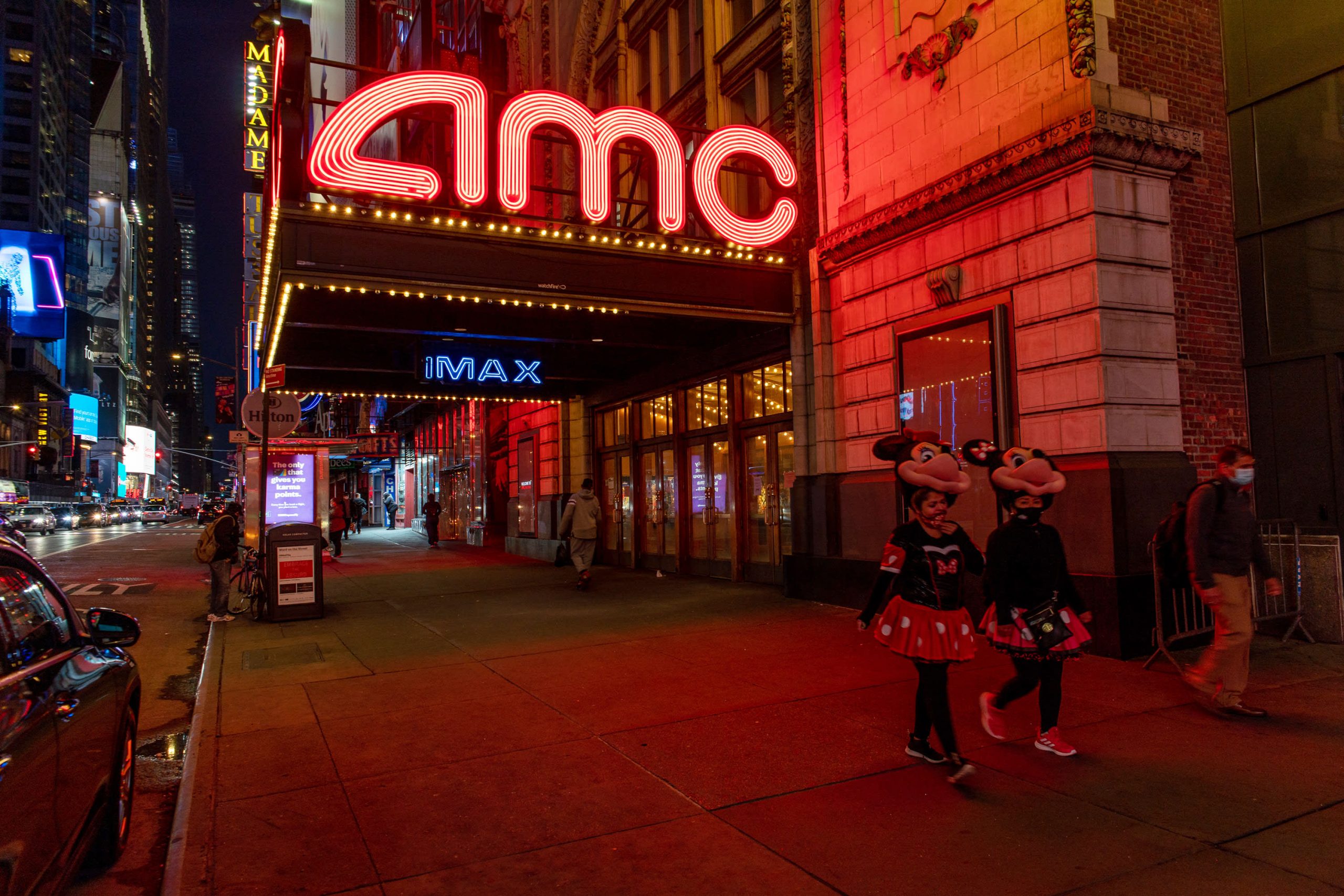 For the largest cinema chain in the world, bankruptcy could be the best option to survive the coronavirus pandemic.The coronavirus pandemic has battered theaters since March, crunching their bottom lines, but no one has been hit harder than AMC. The cinema chain headed into the pandemic with nearly $5 billion in debt, which it had amassed outfitting its theaters with luxury seating and from buying competitors such as Carmike and Odeon. Since January shares of the company have plummeted more than 60% and over the last five days, the stock has fallen around 30%.Last Friday, AMC said Mudrick Capital Management had agreed to invest $100 million to help the cash-strapped movie theater chain survive the ongoing coronavirus pandemic. However, the cinema chain will still need at least $750 million of additional liquidity to fund cash requirements through 2021.”Frankly I believe that Chapter 11 is really the only path that will lead to AMC surviving,” Doug Stone, president of Box Office Analyst, said. “I cannot imagine that there is an appetite out there for another $750 million of stock sales, and any debt they assume will be at astronomical rates.”AMC has been focused on fundraising for months. The cinema chain already renegotiated its debt to improve its balance sheet this year and is exploring several ways of acquiring additional sources of liquidity. It is also trying to figure out ways to increase attendance levels.”The easy answer is that if they declare bankruptcy, it is likely to be a reorganization rather than a liquidation,” Michael Pachter, analyst at Wedbush, said. “In bankruptcy, they can wipe out their lease obligations and renew those leases that make sense, so arguably they can lower their overall operating expense.”As coronavirus cases have continued to spike in the autumn and winter months, studios have postponed major blockbusters until mid-2021 and some have opted to release major movies in theaters and on streaming platforms at the same time, cutting into potential ticket sales.The hope is that with a vaccine, Covid-19 cases will decrease substantially and audiences will be more willing to return to theaters. This, in turn, will give studios confidence to keep major film titles on the calendar. Without fresh content, moviegoers won’t return in large enough numbers to give movie theaters a true financial lift.Still, a vaccine might not be widely available to the public until mid-2021. So, while the news is promising, it does not fix the near term issues that movie theaters are facing.”I think that now that vaccines are rolling out, creditors and landlords will be willing to work with them,” Pachter said. “It was hard to offer them more credit when there was no ‘light’ at the end of the tunnel, but it’s likely we will be back to something approaching normal by mid-year, so a reorganization makes eminent sense.”AMC did not immediately respond to CNBC’s request for comment. The company has reiterated in SEC filings that bankruptcy is a possibility for the company if it is unable to raise more funds.In non-pandemic times, the theater industry is a profitable one. In 2019, the domestic box office had its second-best year ever, hauling in $11.4 billion, just shy of the $11.9 billion record posted in 2018. Prior to the global outbreak, 2020 had been poised to reach a similar level.Now, movie theater chains are desperately renegotiating deals with lenders and landlords and trying to find creative ways to generate revenue. Most major cinemas are now offering up cheaper private theater rentals as a way to entice reluctant moviegoers. Others have transformed parking lots into concert venues, launched trivia nights and even negotiated deals with local colleges to rent out the space for in-person learning.Cinema chains face tough headwinds in the first part of 2021, as there is a limited slate of new films and cases are expected to still be high.”January is shaping up to be a very challenging month with little of consequence in terms of product,” Stone said. “The rollout of vaccines isn’t likely, in my mind anyway, to make much of an impact until at least late in Q2. I don’t believe AMC can manage without restructuring until then.”But, there is hope for AMC and other domestic movie theater chains, Eric Wold, senior analyst at B. Riley Securities said.”We have already seen very strong movie-going response within those countries that opened up earlier than the U.S., especially within China, which, we believe, provides a strong early look into what can be expected here in the U.S,.” Wold said.”And given what AMC and many other exhibitors have learned during the pandemic, in terms of operating more efficiently, along with the flexibility of the company’s landlord partners, we could actually see AMC emerge from this in a stronger position operationally than prior to the pandemic that would provide a path toward deleveraging the balance sheet once again,” he said.