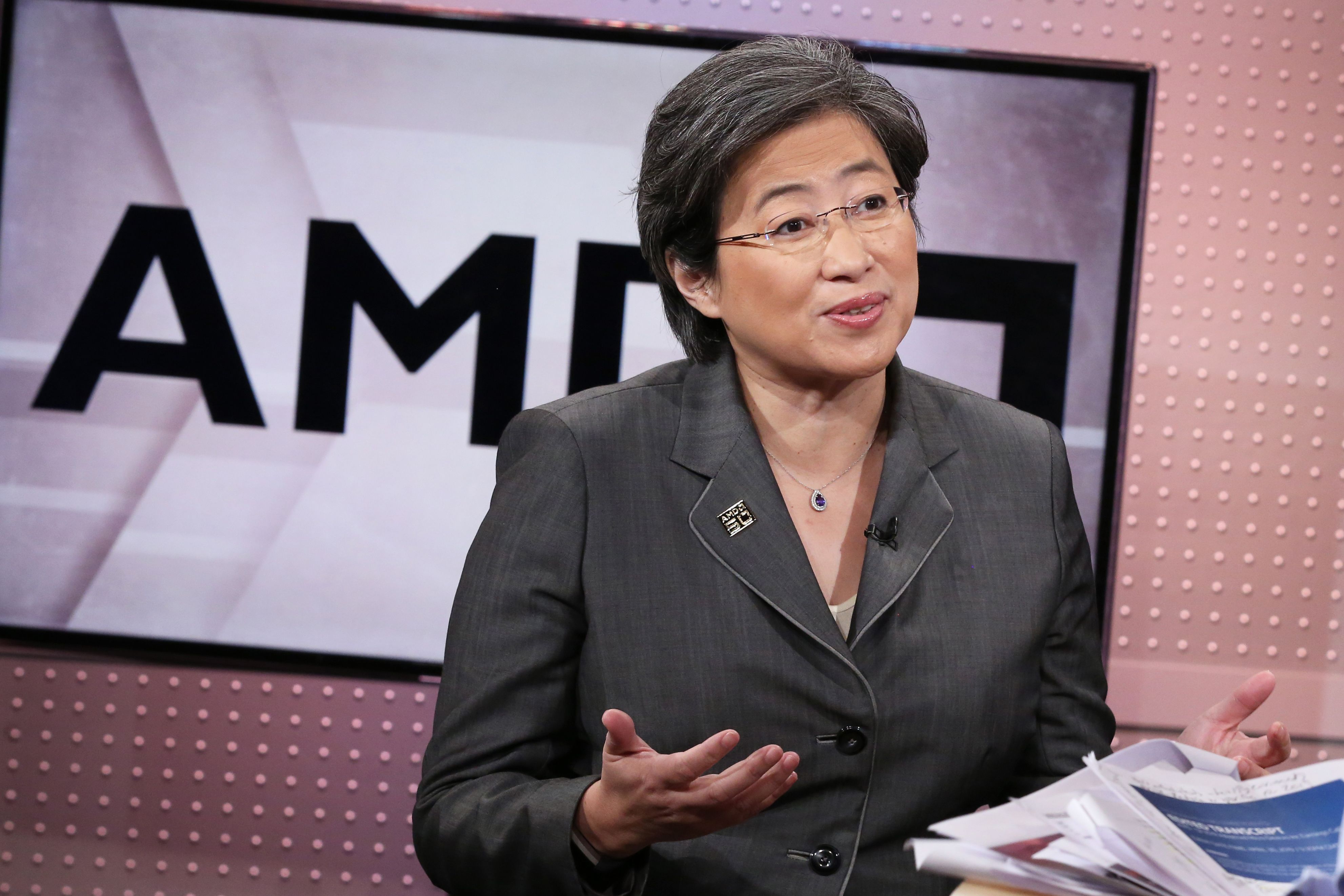 AMD shares jumped 10% on Tuesday after announcements about upcoming chips led analysts to predict the company will pick up market share from rival Intel.

On Sunday, at the Computex Industry show in Taipei, AMD talked about several new third-generation Ryzen PC chips coming in July that will use the company’s “Zen 2” core technology. In a statement, AMD said one Ryzen chip outperformed a central processing unit (CPU) from Intel by more than 16%.

Intel shares were down about 2% on Tuesday, while U.S. indexes were up slightly.

“This announcement represents the first time AMD has taken the desktop CPU lead process technology and performance lead from Intel in its 50-year history,” Stifel analysts led by Kevin Cassidy wrote in a note to clients on Monday, when U.S. markets were closed for Memorial Day. “Importantly for investors, we expect AMD to accelerate its PC market share gains due to higher performance, lower power usage, lower cost and ease of upgrade.”

The Stifel analysts, who have a buy rating on AMD stock, expect market share gains that will raise AMD’s average selling price and lead to higher gross margin.

AMD said that it will release new Radeon RX 5700-series graphics processing units for gaming in July. The GPUs will use a new architecture, Radeon DNA, or RDNA. The presentation showed a new Radeon card performing better than a card from rival Nvidia. AMD CEO Lisa Su said the next Sony PlayStation console will use a GPU that relies on the RDNA technology, along with a chip containing the “Zen 2” core.

Representatives from Intel and Nvidia did not immediately respond to requests for comment.

New third-generation Epyc chips for servers that use the “Zen 2” core will follow in the third quarter. At the show, AMD demonstrated a server running new silicon from AMD outperforming an Intel server in one test. Amazon and Microsoft have both begun offering AMD chips to third-party developers through their public clouds.

Analysts also pointed to Intel’s own struggles getting to the latest cutting-edge process for manufacturing chips.

Matthew Ramsay of Cowen said that with AMD’s upgrades, Intel will no longer be able to count on its “silicon advantage, and will instead lean on its incumbency and breadth of silicon as its 10nm chips are not expected out until late 2019 in PCs and 2020 in servers.”

Ramsay, who has an “outperform” rating on AMD, said the company’s product roadmap has considerably improved for 2019 and 2020.

Roku’s 200% surge this year has made stock too expensive: Stephens
Stocks making the biggest moves midday
To Top
error: Content is protected !!
Top