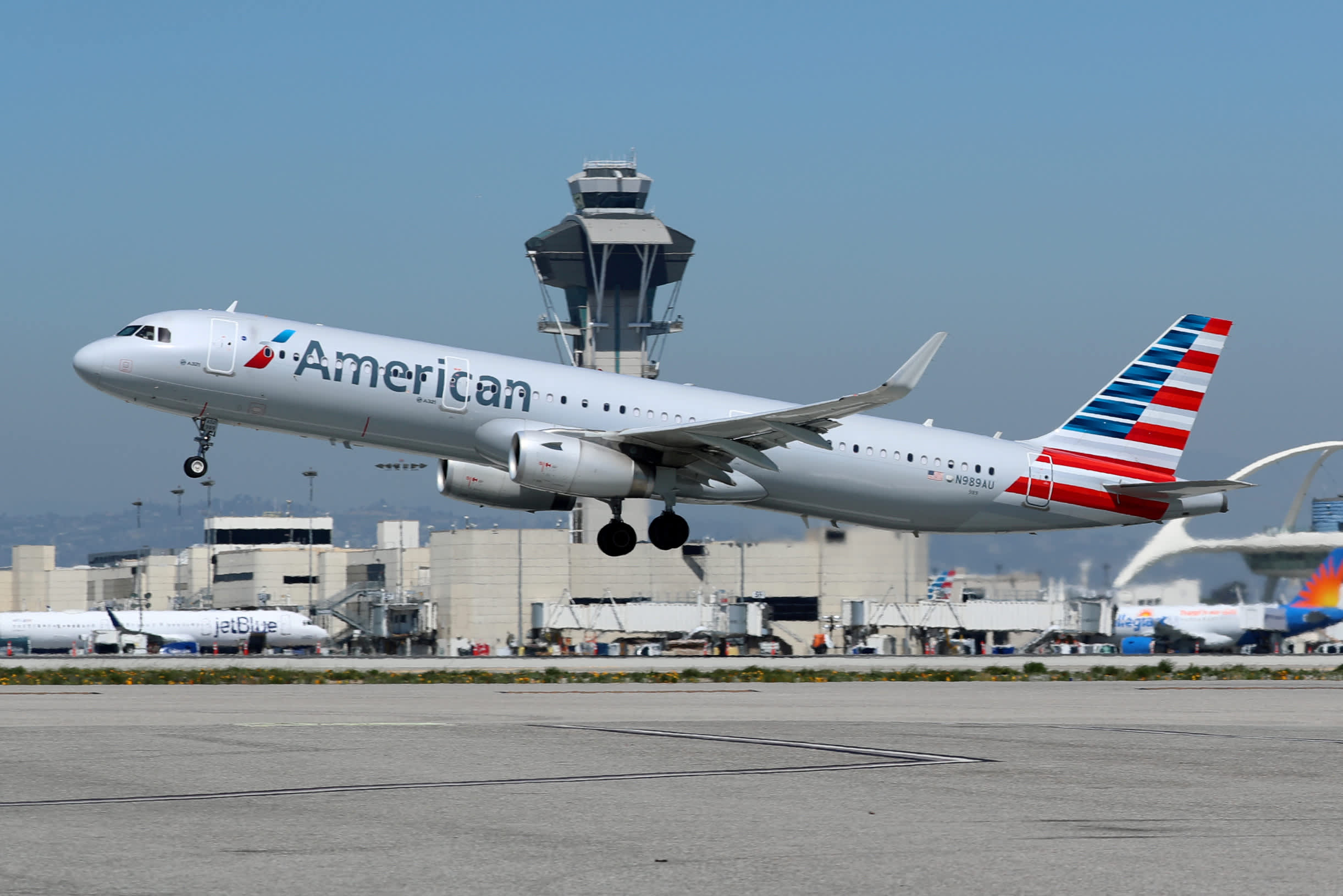 An American Airlines Airbus A321-200 plane takes off from Los Angeles International airport (LAX) in Los Angeles, California.Mike Blake | ReutersAmerican Airlines shares jumped Thursday after posting a smaller-than-expected loss and higher sales than analysts projected.The shares were up more than 7% in late-morning trading, after gaining as much as 31% earlier in the session. Analysts were quick to say the big move early Thursday was not based on the state of American’s business. The airline and its competitors are struggling to gain their footing in the coronavirus pandemic and American booked a record annual net loss of $8.9 billion.The carrier is the most-shorted U.S. airline, according to FactSet, and the big move comes after explosive rallies in other heavily shorted stocks GameStop and AMC Entertainment Holdings.Those names have shown up in the “WallStreetBets” Reddit chat room where a wave of at-home traders bought up heavily shorted stocks, sending shares soaring and squeezing out short selling hedge funds. Short selling is a strategy in which investors borrow shares of a stock at a certain price in hopes that the price will fall below that level when it’s time to pay for the borrowed shares.The percentage of short interest in American Airlines shares far outpaces that of its competitors. Short interest in American was 25% of the company’s float, according to FactSet, compared with 14% of Spirit Airlines’ and about 5% of United Airlines’.”We do not believe the move is fundamentally driven as American’s outlook is similar to others we have heard during this earnings cycle,” said Cowen and Co. airline analyst Helane Becker. “We believe the move is due to the de-risking going on in the market and American remains one of the most consensus short airlines in our coverage universe.”She said American could use this rally for a stock offering. The airline’s gains in premarket trading had topped 80% at one point.– CNBC’s Yun Li contributed to this report.

West Virginia governor claims if his state had enough doses by Valentine’s Day, ‘every person over 65 would be vaccinated’
New Covid variants are going to ‘hit us pretty hard,’ says Dr. Peter Hotez
To Top
error: Content is protected !!
Top