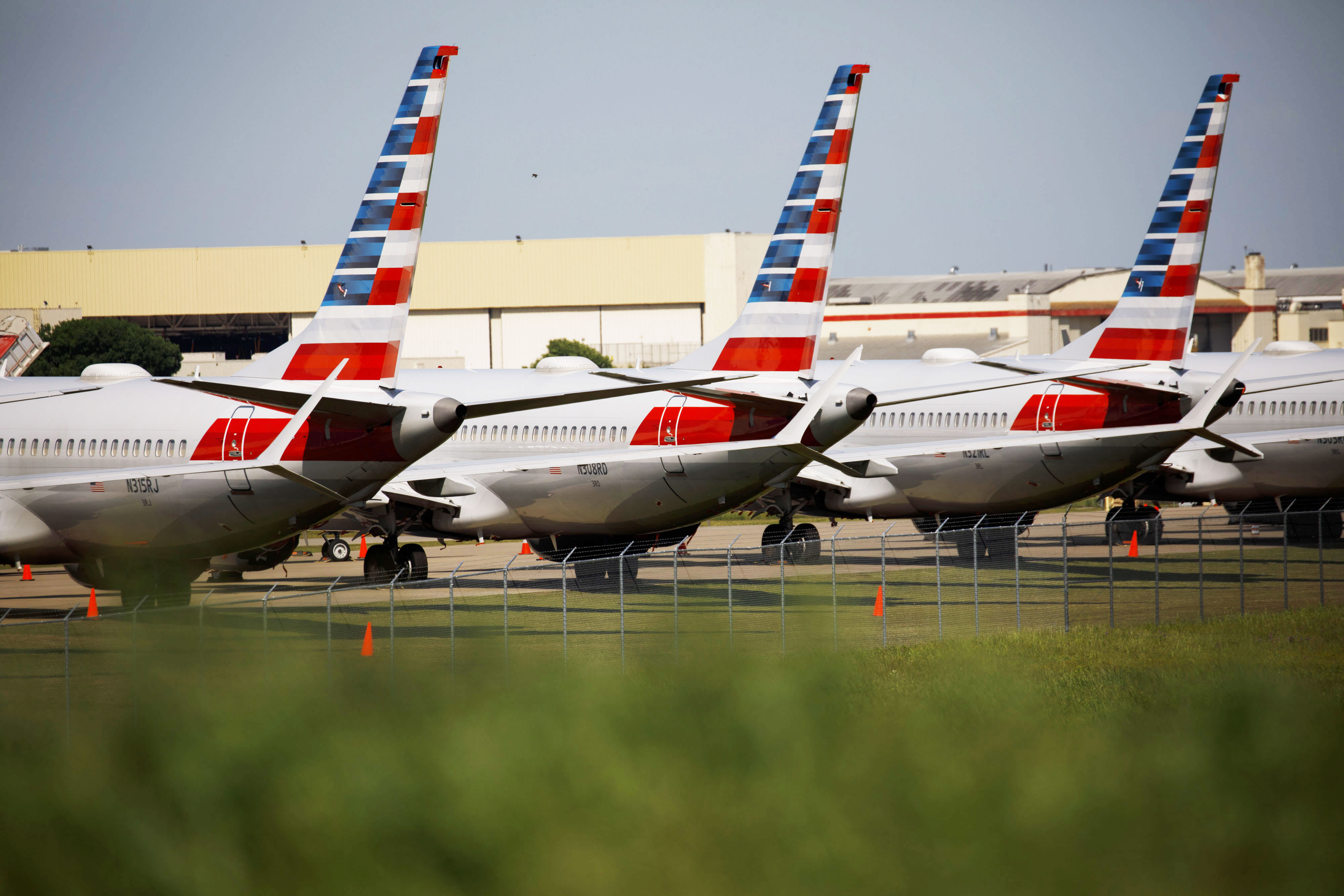 American Airlines is pulling the Boeing 737 Max from its schedules until early December, a month later than it previously expected, as the grounding of the troubled planes following two fatal crashes continues, sparking flight cancellations over Thanksgiving.

The planes have been grounded since mid-March when regulators ordered airlines to stop flying passengers with them after two fatal crashes within five months of one another.

American expects to cancel about 140 flights a day in November through Dec. 3, higher than the 115 it expects in the two months leading up to Nov. 3, the date it previously expected the planes to return to its schedules. Cancellations due to the Max grounding, now in its sixth month, have been rising because airlines had expected to have additional planes delivered. American had 24 of the 737 Max jets in its fleet at the time of the grounding in March and was supposed to have 40 by the end of this year.

Boeing suspended deliveries of new Max planes after the second crash but is still producing them, albeit at a slower rate. The manufacturer expects the planes to return to service in the fourth quarter but has warned it could suspend production altogether if there are more delays.

The manufacturer has developed a software fix for the jets after crash investigators implicated a flight control system in both air disasters, but it hasn’t yet been officially submitted and approved by regulators. Together, the two crashes ⁠— a Lion Air flight in Indonesia in October and an Ethiopian Airlines flight in Ethiopia in March ⁠— killed a total of 346 people.

Regulators haven’t said when they expect to clear the planes to fly again. Even after they sign off, airline executives have said it will take more than a month for them to make Boeing’s software changes and to train their pilots.

American’s decision to extend cancellations because of the Max, announced Sunday, follows a similar step by United Airlines, which on Friday said it would take the planes out of its schedule until Dec. 19. The latest changes mean the two airlines don’t expect to have the planes flying for the busy Thanksgiving holiday but that they would return in time for the Christmas travel period.

Airlines that bought the jets have repeatedly pushed back the date when they expect to fly the planes again and have canceled flights months in advance, an effort to avoid travel disruptions for travelers and crews closer to the date of their flights. That has meant thousands of cancelled of flights during the busy summer travel season through most of the fall. The absence of the Max has driven up these airlines’ costs and dented profits.

Southwest Airlines, the largest 737 Max customer in the U.S., removed the planes from its schedules until early January, and has said it would shrink this year, instead of expanding capacity as planned because it doesn’t have access to its Max planes.

American noted that some flights it intended to operate with a 737 Max may not be canceled because it will swap out that plane for other aircraft. That also means some flights originally scheduled with other aircraft may be cancelled as the carrier reassigns those planes for high-demand routes.

The fallout from the Max grounding comes as the carrier is dealing with other operational challenges. American has been feuding with its mechanics union, a dispute the airline says has caused hundreds of cancellations and long delays. Last month, Kerry Philipovitch, American’s senior vice president of customer experience, told reporters at an industry conference that the airline’s customer service team has been calling travelers who experienced multiple travel disruptions on American to apologize and in some cases offer frequent flyer miles as compensation.

American said Sunday that it plans to contact travelers whose flights are canceled because of the new schedule changes and that those customers can rebook or request a full refund.

The 2019 Mercedes G550 SUV redefines the luxury, off-road experience
This company is behind the world’s most iconic fountains
To Top
error: Content is protected !!
Top