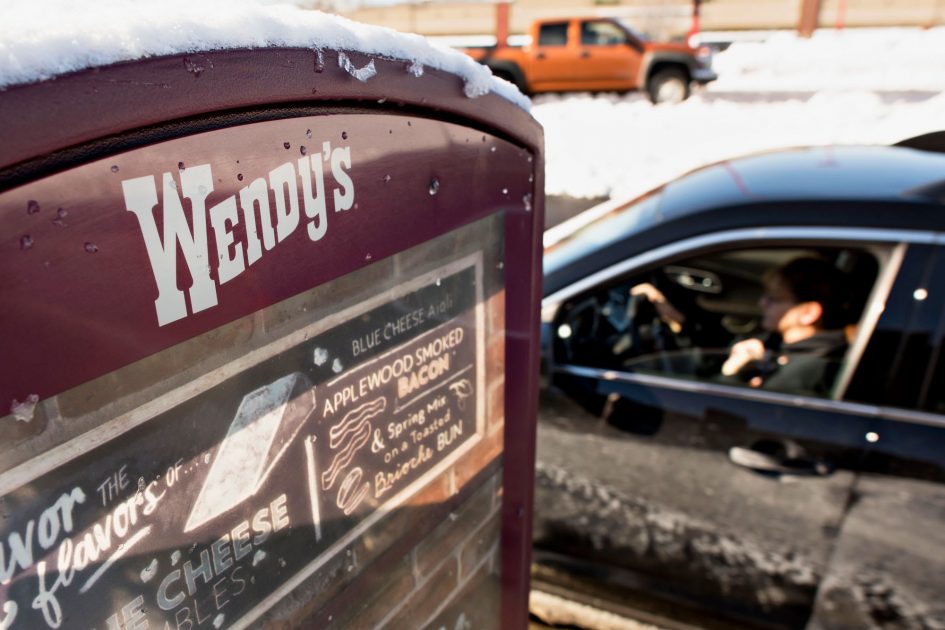 A customer pulls up to the drive-thru speaker outside a Wendy’s restaurant in Peoria, Illinois.Daniel Acker | Bloomberg | Getty ImagesAnalysts are skeptical about Wendy’s latest foray into breakfast, which is slated for a nationwide launch next year.After receiving multiple downgrades, shares of the company closed down 10% Tuesday. The stock, which has a market value of $4.5 billion, is up 26% this year.Wendy’s currently serves breakfast in roughly 300 stores but will add it to more than 5,000 U.S. stores in 2019.Prior attempts by Wendy’s to enter the breakfast market have not bred confidence among analysts. Although it could boost sales, the move could hurt Wendy’s profits.”We view the decision to make another attempt at entering breakfast as a potentially risky way to add topline growth,” Guggenheim analyst Matthew DiFrisco wrote in a research note. “Wendy’s has had multiple attempts to establish a breakfast business, 1985, 2006 and 2010, that were unsuccessful and pressured franchise margins.”Guggenheim downgraded Wendy’s to neutral from buy.Profitability is also a concern for BMO Capital Markets analyst Andrew Strelzik, who gives Wendy’s stock an outperform rating. McDonald’s breakfast took eight years to become profitable, while Taco Bell did not break even on the early morning meal for 18 to 24 months, he wrote.To ensure the success of the launch, Wendy’s plans to hire about 20,000 additional employees.”We are cautious on the prospects given the required upfront investment but uncertain payoff, additional labor needs at a time of already low availability, necessity to take market share from established competitors like McDonald’s (MCD, Buy, $220 PT) and general difficulty of daypart expansion in the industry,” BTIG analyst Peter Saleh wrote in a note.Saleh downgraded Wendy’s to neutral from buy.Consumers tend to be loyal when it comes to breakfast. That means that Wendy’s will have to persuade customers to switch from McDonald’s or Dunkin’.But not all analysts are pessimistic about Wendy’s chance of success.”Limited details are available about the relaunch; however, we are (at a high-level) positively biased on the long-term opportunity,” Piper Jaffray analyst Nicole Miller Regan wrote.She added that monthly research into Wendy’s performance has picked up generally positive customer feedback.If breakfast works out for Wendy’s, it could help boost traffic and same-store sales growth as the overall fast-food burger industry struggles.”Breakfast is presumably the most concrete initiative Wendy’s can offer to help drive upside to the 1.5%-2% annual same store sales track record experienced in 7 of the last 9 years,” Cowen analyst Andrew Charles said in a note.Investors will be waiting for Oct. 11, the company’s investor day, to learn more about how this time will be different. Wendy’s also plans to share its 2020 outlook then.Wendy’s did not immediately respond to a request for comment.