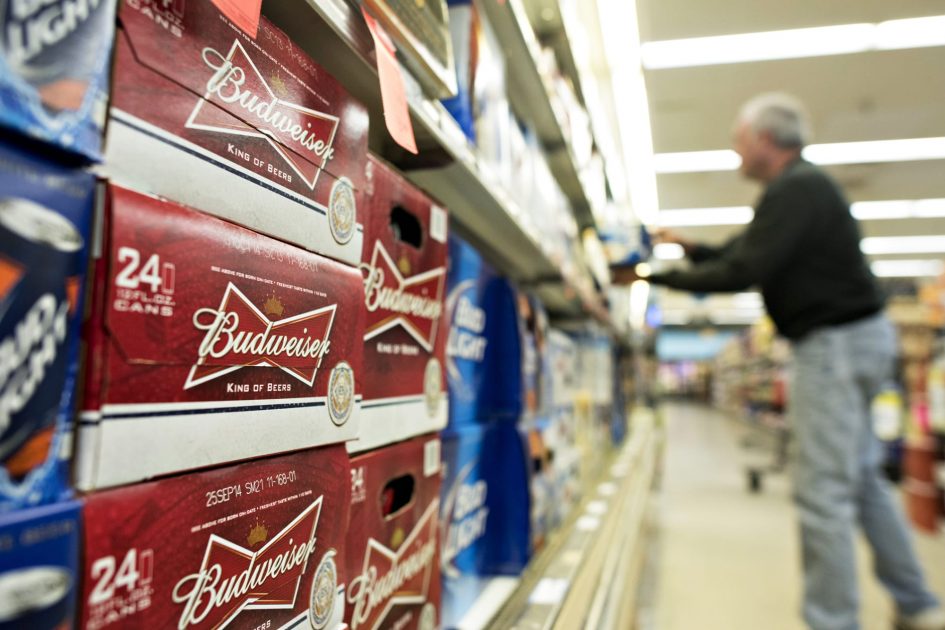 A customer shops in a supermarket in Princeton, Illinois.

A federal judge issued a preliminary injunction against Anheuser-Busch InBev that prevents the beer giant from claiming its products have “no corn syrup,” delivering a win for rival MillerCoors.

A U.S. subsidiary of Molson Coors Brewing, MillerCoors, sued its St. Louis-based competitor earlier this year for a corn syrup ad campaign that began airing during the Super Bowl for its Bud Light beer. MillerCoors alleged that AB InBev singled out corn syrup for criticism because it would confuse and mislead consumers about its own use of the ingredient, in addition to misusing MillerCoors’ trademarks in its ads.

MillerCoors contends that while the beer brand uses corn syrup in the brewing process, there is no corn syrup in the actual beers it sells. It also argues that consumers can easily confuse high fructose corn syrup, which has been associated with the obesity epidemic, with the potentially more benign corn syrup it uses in brewing.

According to the ruling in U.S. District Court for the Western District of Wisconsin, a “reasonable jury could find that the implicit message of the [Bud Light] packaging is that other beers contain corn syrup.”

In light of the limited number of light beer brands, the ruling adds, “with Bud Light, Miller Lite and Coors Light accounting for almost 100% of sales, that same jury could also find a substantial segment of consumers would infer that Bud Light’s principal competitors contain corn syrup, especially after a hundred million dollar television and print campaign misleadingly suggesting the same thing.”

The ruling states AB InBev can sell products using the packaging it had on hand as of June 6, 2019, or until March 2, 2020, whichever occurs first.

A spokesperson for AB InBev said in a statement:

“Bud Light is brewed with no corn syrup – plain and simple. We look forward to defending our right to inform beer drinkers of this fact at trial and on appeal. MillerCoors is resisting consumer demands for transparency in the ingredients used to brew its beers, but those demands are here to stay. We will continue leading this movement in the beer industry.”

Meantime, MillerCoors CEO Gavin Hattersley in a statement called the ruling a victory.