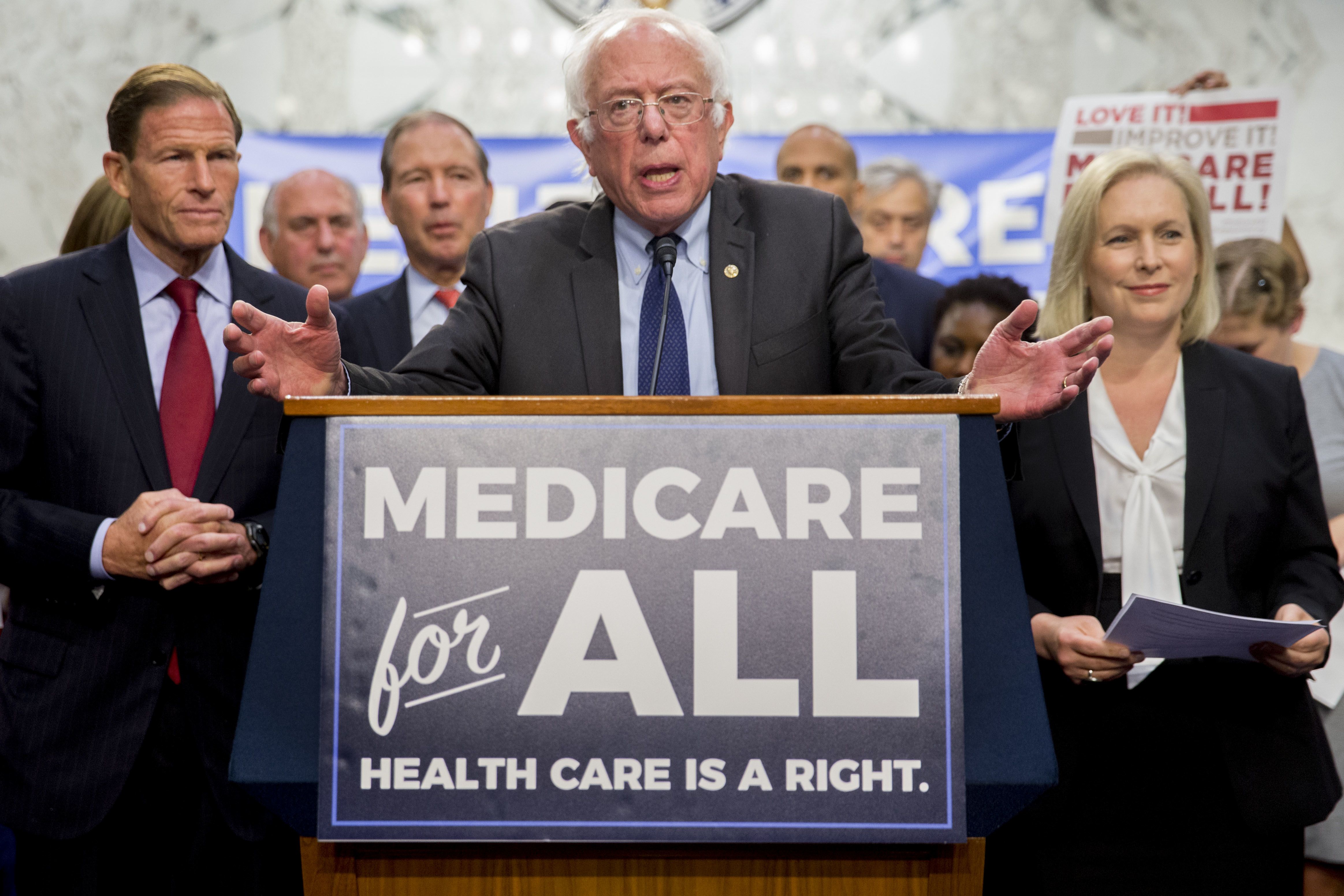 Speaking to investors in an earnings conference call, Broussard said the Kentucky-based insurer “does not support any bill” that would eliminate Medicare Advantage, private supplemental Medicare coverage for seniors, or “make private insurance illegal.”

Broussard was the second health-care CEO on Wednesday and the second major private insurance executive in recent weeks to publicly address the proposed sweeping changes to the U.S. health-care system.

Earlier Wednesday, CVS Health CEO Larry Merlo on an earnings call said recent attention around “access to affordable quality health care” is an “important discussion” and that CVS will continue to be “an active participant” in.

UnitedHealth Group CEO David Wichmann warned investors on an earnings call last month that “Medicare for All” would “surely jeopardize the relationship people have with their doctors, destabilize the nation’s health system and limit the ability of clinicians to practice medicine at their best.”

A number of Democratic proposals call for eliminating private health insurance and replacing it with a universal Medicare plan, claiming it would help reduce administrative inefficiencies in the health-care system. Most recently, Sen. Bernie Sanders of Vermont unveiled a bill that would create a government-run system to provide health insurance for all Americans. Freshman Rep. Alexandria Ocasio-Cortez is pushing a similar plan.

Health care has been the worst-performing sector in the stock market this year in part on concerns about “Medicare for All.” The Health Care Select Sector SPDR Fund, an ETF that tracks the health-care industry’s biggest companies, had risen by just 2.5% year to date as of Tuesday’s close, significantly lagging the broader market indexes. The Dow Jones Industrial Average was up 14% over the same period, and the S&P 500 was 17% higher.

Despite investors concerns, public support for a single-payer system has grown. According to a survey from the Kaiser Family Foundation in March, 56% of respondents supported a national health plan in which all Americans would get insurance from a single government plan, versus 39% who said they oppose it.

Earlier Wednesday, Humana posted first-quarter earnings and revenue that beat Wall Street’s expectations. Shares of the insurer were 4% lower in midmorning trading. The stock is down more than 10% percent so far this year.