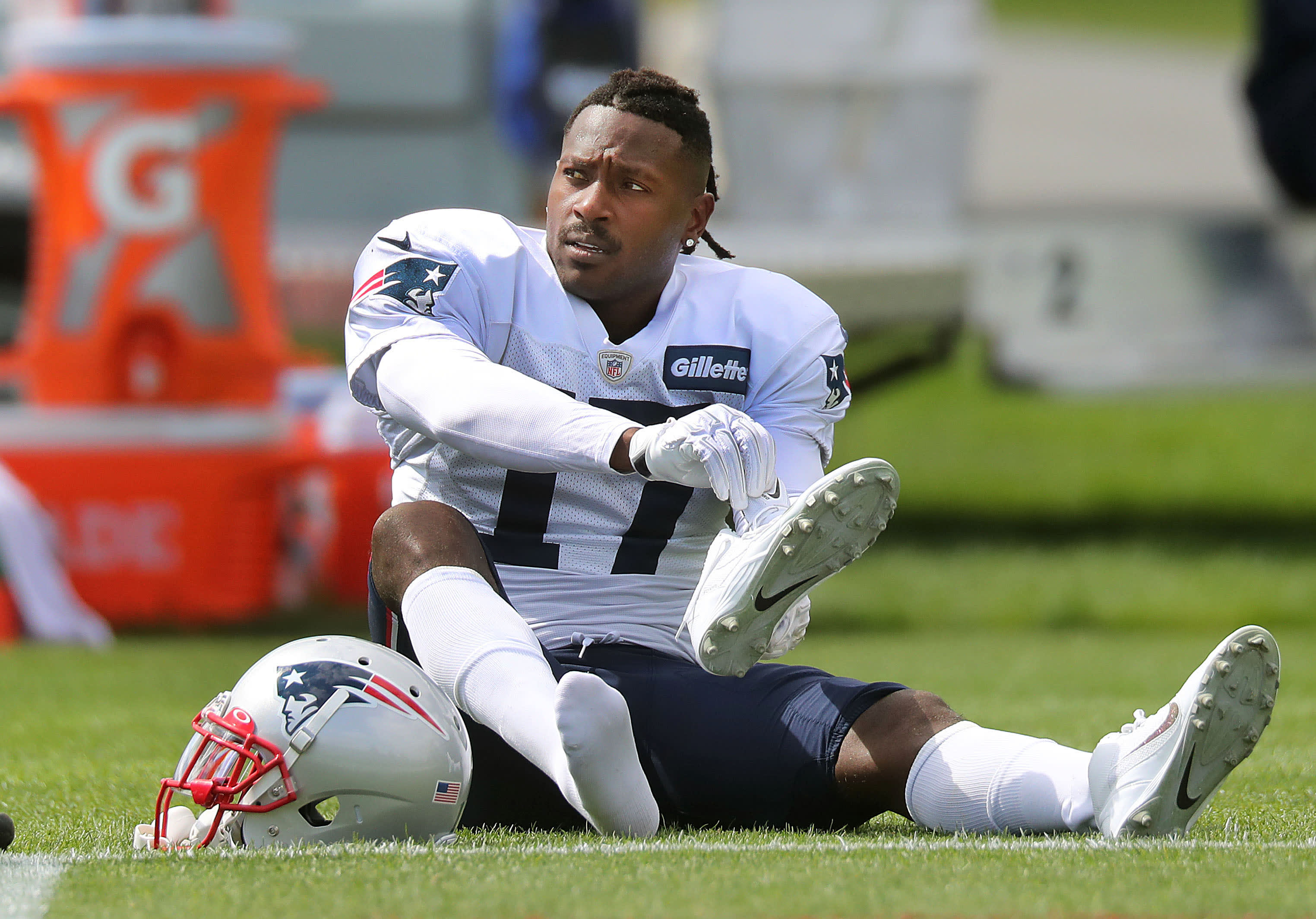 The New England Patriots released Antonio Brown on Friday following sexual assault accusations against the superstar wide receiver. “The New England Patriots are releasing Antonio Brown,” the reigning Super Bowl champion franchise said in a statement. “We appreciate the hard work of many people over the past 11 days, but we feel that it is best to move in a different direction at this time.”The Patriots signed Brown less than two weeks ago right after his controversial departure from the Oakland Raiders.In a tweet to the Patriots, the 31-year-old receiver said, “Thanks for the opportunity.” He included photos from his single game with the team. Earlier this month, only two days after the NFL star signed with the Patriots, a former trainer filed a civil lawsuit accusing him of three separate incidents of sexual assault. The woman, Britney Taylor, met with National Football League investigators on Monday. Brown has denied the allegations and the league had not yet doled out any discipline. Taylor’s lawyers declined to comment on the wide receiver’s release. The Patriots dropped him shortly after lawyers for another woman who has accused Brown of sexual harassment said the NFL had promised to contact the Patriots about allegations that she had this week received intimidating texts from him after she went public with her claims. The lawyers for that women said that the NFL had “pledged to conduct a thorough investigation under its Personal Conduct Policy,” and advised us that the Patriots directed Mr. Brown to have no further contact with our client, either directly or through his associates.” “The NFL also advised us that it contacted Mr. Brown’s representative and reiterated that Mr. Brown was to cease and desist efforts to contact or intimidate our client,” the lawyers said.New England Patriots wide receiver Antonio Brown puts on his shoes on the field during New England Patriots practice at Gillette Stadium in Foxborough, MA on Sep. 18, 2019.Tom Tlumacki | Boston Globe | Getty ImagesHours before Brown was released, Patriots coach Bill Belichick ended a press conference minutes after it started when all of the questions to him from reporters were about Brown.”OK, so, yeah. Yeah. I’m good,” Belichick said. “Thank you. I think we had enough of that.”The release continues a stunning fall for Brown, one of the most successful and marketable players in the NFL in recent years. In March, the Pittsburgh Steelers traded the All-Pro receiver to the Oakland Raiders after he clashed with the team in his final season there. His tenure in Oakland was rocky from the start. After he clashed with the team over the helmet he would wear and suffered frostbite as he tried to treat injuries to his feet, he publicly clashed with the team’s general manager Mike Mayock. The team cut him earlier this month, voiding $30 million in guarantees. Athletic apparel giant Nike stopped sponsoring Brown earlier this week. The Patriots came under fire for keeping Brown on the team after the rape claim became public. It added to the backlash the NFL has faced in recent years for its handling of cases of alleged sexual assault and domestic violence by players.Months earlier, the team’s billionaire owner, Robert Kraft, as criminally charged in Florida, where prosecutors alleged that he received sexual services for pay during back-to-back visits at the Orchids of Asia Day Spa in Jupiter in January.Prosecutors are currently appealing a judges ruling that bars them from using as evidence videos of Kraft’s visit to the spa.The second of Kraft’s visits occurred hours before he watched his Patriots defeat the Kansas City Chiefs in the AFC Championship.He has pleaded not guilty in the case, which was filed weeks after the Patriots won their sixth Super Bowl title. Among the most prominent of all NFL team owners, Kraft is one of two dozen men accused of getting sex for money at the spa, all of whom were charged on the basis of surveillance video.This is breaking news. Please check back for updates.

US prosecutors charge ex-UAW official of conspiracy in widening corruption probe
Colt will stop making AR-15s for civilian sale, but people still have other options
To Top
error: Content is protected !!
Top