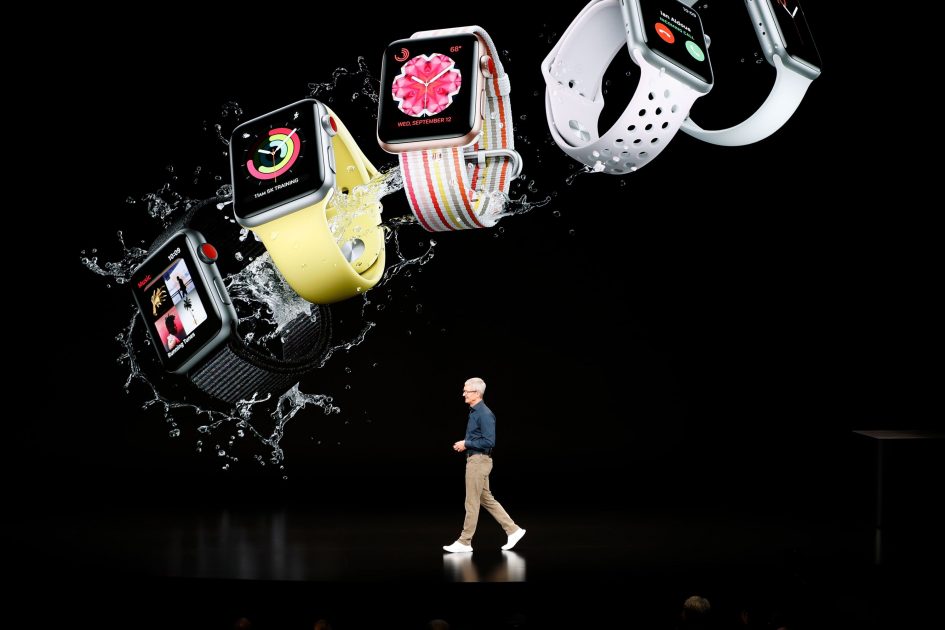 Apple has been adding health features to its iPhone and smartwatch, and is now working with Eli Lilly to see if data from the devices can help spot early signs of dementia.

According to research published this week, the two companies teamed up with health-tech start-up Evidation to find ways to more quickly and precisely detect cognitive impairments like Alzheimer’s disease with the help of popular consumer gadgets.

The study, which will be discussed on Thursday at a conference in Alaska, is the first to publicly link Apple and Eli Lilly. Of the 15 authors of the paper, five work for each company with the other five representing Evidation. It’s the latest sign that Apple’s health team is investing in deep medical research with traditional pharmaceutical players.

“With this research, we looked at how everyday behavior data, such as those captured by iPhones, Apple Watches, and Beddit sleep monitors, may be effective in differentiating between individuals with mild cognitive impairment and early Alzheimer’s disease, and those without symptoms,” Evidation co-founder Christine Lemke told CNBC.

More than 6 million people in the U.S. live with dementia, and early detection has been a persistent challenge.

The early-stage study took place over 12 weeks, and included both an 82-person healthy control group and 31 individuals with varying stages of cognitive decline and dementia. Those who participated were asked to avoid taking medications that might impact the results, and each received three Apple gadgets: an iPhone, Apple Watch and Beddit sleep tracker.

The authors found that people with symptoms of cognitive decline typed more slowly, typed less regularly and sent fewer text messages than healthy participants. They also have a greater reliance on support apps and are less inclined to fill out surveys. Still, the researchers said there are limitations to the study, which didn’t draw any long-term conclusions because more analysis is needed.

There’s also the risk of presenting results to patients because of the increased anxiety it can cause. Plus, the authors write, there’s not much people can do to stem the decline.

Apple hasn’t announced any products or services for people with dementia, but its smartwatch is clearly moving into the health space and the latest version includes several features that can help diagnose heart problems. Apple has been working on fall detection software that can help seniors. It also has software called ResearchKit that lets academics and other researchers collect clinical data from its devices and use it to conduct research into Parkinson’s disease and other neurological disorders.

Representatives from Apple and Eli Lilly declined to comment. The research will be presented on Wednesday at the SIGKDD Conference on knowledge discovery and data mining.

WATCH: Apple to allow access to health records on iPhones