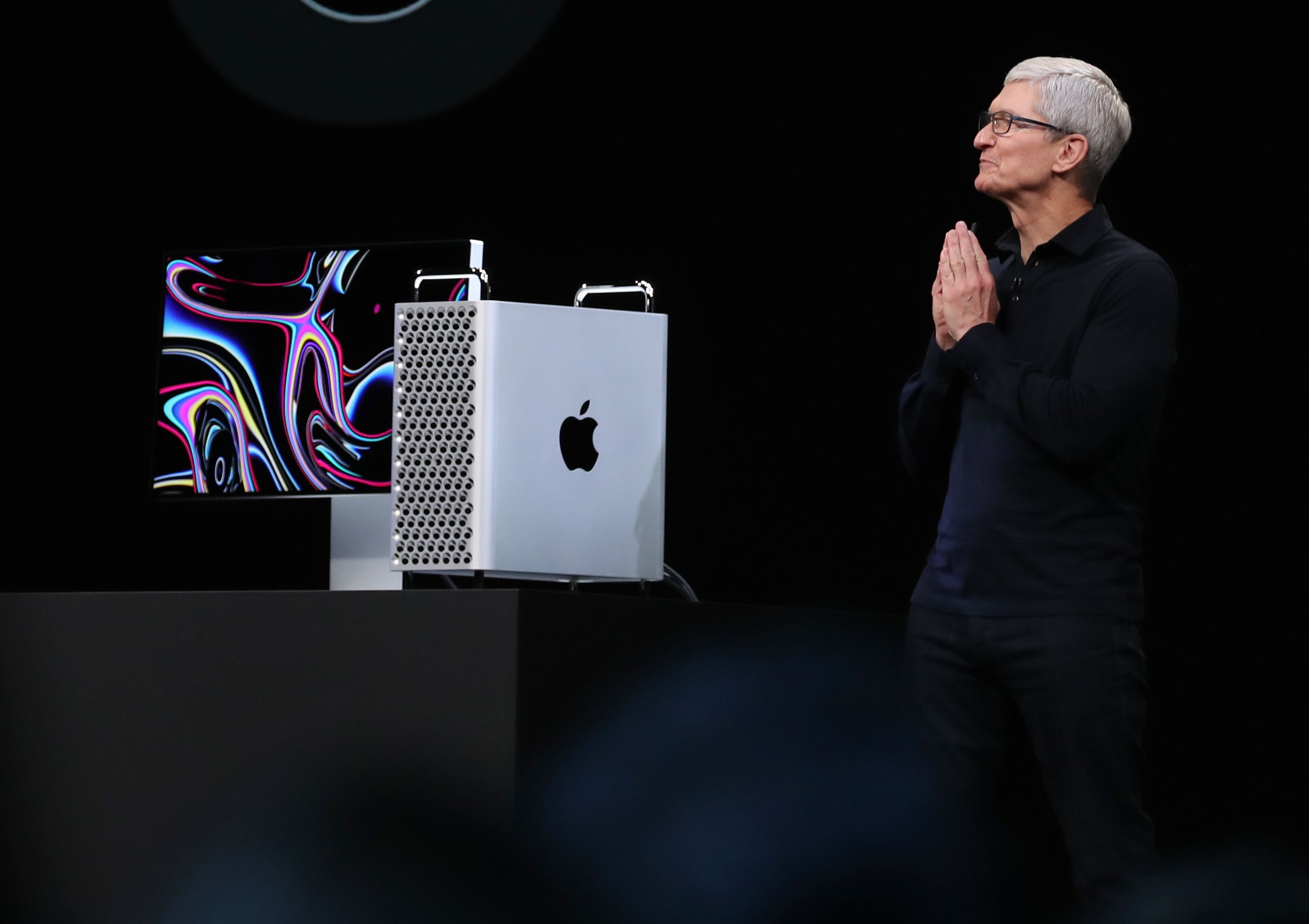 Apple CEO Tim Cook announces the new Mac Pro with a cost as high as $6,000 as he delivers the keynote address during the 2019 Apple Worldwide Developer Conference (WWDC) at the San Jose Convention Center on June 03, 2019 in San Jose, California. But the company is focused more than ever on putting consumer services at the forefront of its future success.

Apple is assembling its new Mac Pro models in China, shifting production from the U.S. where its older models were assembled, CNBC confirmed Friday following a report in The Wall Street Journal. Apple introduced the new Mac Pro earlier this month. It will go on sale later this year.

The news of the production shift comes shortly after Apple warned U.S. trade representative Robert Lighthizer that tariffs on China would hurt its contribution to the U.S. economy. Escalating trade tensions between the two countries has forced Apple to consider shifting some of its production outside of China, Nikkei and The Wall Street Journal reported last week.

But the assembly shift for the Mac Pro from the U.S. to China will help reduce shipping costs, according to the Journal. The Shanghai factory where it will be assembled is closer to Apple’s other suppliers in Asia, the Journal reported. Apple is working with contractor Quanta Computer to assemble the new $6,000 desktop, CNBC confirmed. While the assembly will take place in China, Apple said the machine is designed and engineered in the U.S. and includes U.S.-made components. President Donald Trump has said in the past that Apple should take its manufacturing out of China and bring it to the U.S.

“Like all of our products, the new Mac Pro is designed and engineered in California and includes components from several countries including the United States,” Apple said in a statement. “We’re proud to support manufacturing facilities in 30 U.S. states and last year we spent $60 billion with over 9,000 suppliers across the US. Our investment and innovation supports 2 million American jobs. Final assembly is only one part of the manufacturing process.”

Apple may still shift Mac Pro assembly out of China as it considers its options if trade tensions continue to grow. A source told the Journal the production could be moved to another country, such as Ireland.