Are Beyond Meat’s burgers healthier than red meat? Dietitians say no. 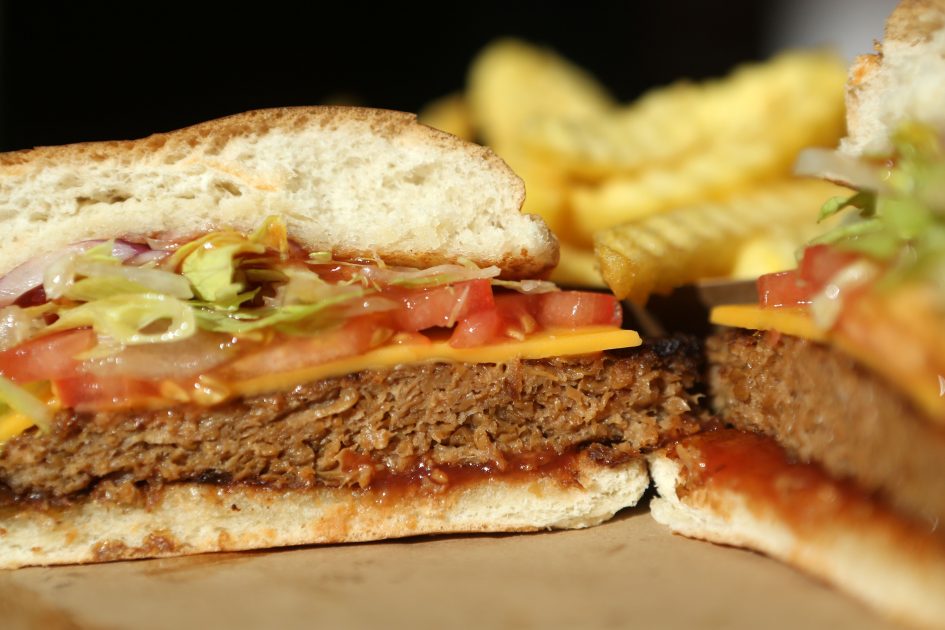 A Beyond Burger, a vegan veggie burger, is seen at the Vedang fast food restaurant in the Mall of Berlin on May 18, 2019 in Berlin, Germany. With fast food chains such as Burger King, Chick-Fil-A, Taco Bell and Dunkin’ Donuts now offering ‘fake meat’ versions of their main meal options, the vegan burger industry is booming, as consumers look beyond real meat products out of health and environmental concerns.

Beyond Meat’s sales pitch to customers has focused on the benefits of abstaining from meat: a healthier planet and a healthier lifestyle.

But dietitians are not completely sold on the plant-based burger trend.

Vegan patties from Beyond and its rival Impossible Foods have offered Americans a new way to reduce their meat consumption. Mintel found that nearly 60% of U.S. consumers have expressed interested in eating less meat. These so-called flexitarians are driving restaurant chains like Burger King and Carl’s Jr. to add meatless burgers to their menus.

The growing market for meat alternatives has also attracted interest from investors. Beyond’s stock, which began trading publicly May 2, has soared more than six times above its initial public offering price of $25 per share. Impossible raised $300 million in its latest funding round as it waits to go public.

In theory, then, eating plant-based imitations of red meat is healthier.

“I’m all for products that are helping us find a more moderate approach for our diet,” Jessica Cording, a New York City-based registered dietitian, said.

Meatless burgers are a step in the right direction, she said. For consumers who are just starting to cut out meat, options that taste familiar can make the transition easier.

Like Cording, Alissa Rumsey, owner of Alissa Rumsey Nutrition and Wellness, believes that we benefit from eating more plants — but she isn’t sold on these plant-based options.

“They are not necessarily healthier than beef burgers,” Rumsey, a registered dietitian, said. “They’re totally fine to eat, but there’s no need to replace your beef burger if you don’t enjoy these.”

Rumsey pointed to the amounts of sodium and saturated fat in plant-based burgers, which is roughly the same as that in a traditional beef burger.

And public perception that the Beyond and Impossible burgers are healthier than red meat options can lead to a “health halo” around them, she said. As a result, consumers may over-indulge after eating a plant-based burger.

Beyond and Impossible have found fans because they taste more like beef than traditional veggie burgers. To mimic red meat’s taste and texture, both companies’ burgers use a mix of plant-based proteins, oils and other ingredients.

Because both the Impossible Burger and the Beyond Burger are processed foods, registered dietitian Catherine Perez still puts them in the “indulgence category.”

Perez, who specializes in plant-based diets at the Charge Group, said that people looking to eat veggie burgers a few times a week should make theirs at home instead.

Cording’s chief complaint with processed ingredients focuses on a single one: processed soy. Processed soy is controversial because it strips out some of the key nutrients found in traditional soy foods like tofu and can contain unhealthy compounds.

The Impossible Burger uses heme from soy plants for a meaty taste and realistic juices, as well as soy protein concentrate. The Beyond Burger does not contain soy and instead uses pea protein isolate for its primary protein source.

All three dietitians said that consumers should try to incorporate more whole foods — rather than processed foods — into their meals.