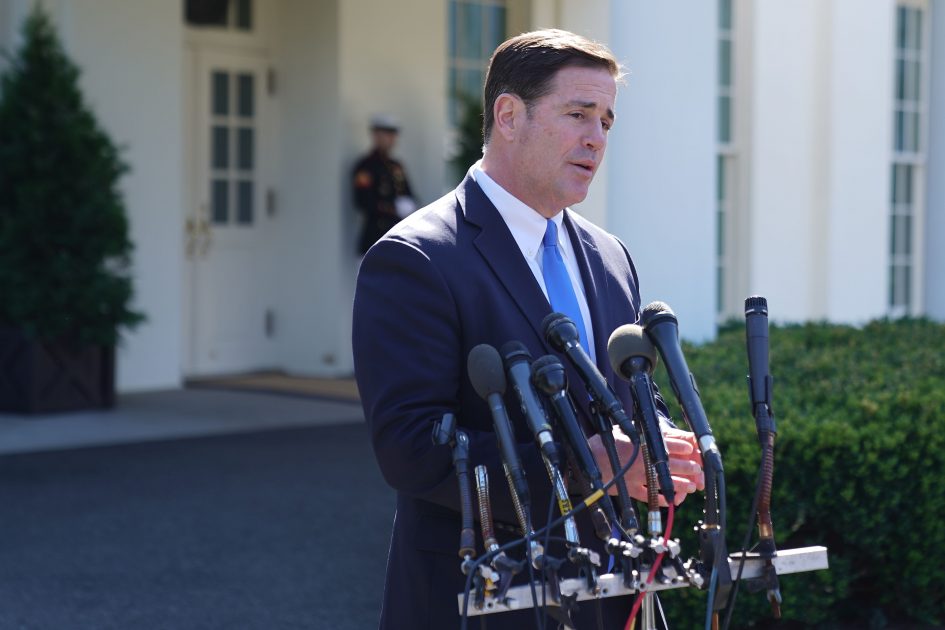 Arizona Governor Doug Ducey said on Tuesday in a Tweet he will order the state’s commerce authority to withdraw all financial incentive dollars for the shoe company to locate in the state after Nike said it’s dropping its Betsy Ross American flag sneakers.

Nike has been planning to build a manufacturing plant on metro Phoenix’s west side, which was expected to bring 500 jobs to the area, The Arizona Republic reported on Monday. The city had agreed to waive up to nearly $1 million in fees and reimburse up to $1 million for the jobs it will create, the paper reported.

On Monday night, Nike said it was pulling the sneakers, which featured an early American flag designed by Betsy Ross in celebration of the July Fourth holiday. The decision followed a complaint from former NFL football player Colin Kaepernick, who pointed to the flag’s use during a period slavery, The Wall Street Journal reported on Monday. There also have been reports of the flag’s use by extremist groups, according to the paper.

“It is a shameful retreat for the company. American businesses should be proud of our country’s history, not abandoning it,” wrote Ducey on Twitter.

“Nike has made its decision, and now we’re making ours. I’ve ordered the Arizona Commerce Authority to withdraw all financial incentive dollars under their discretion that the State was providing for the company to locate here.”

Ducey, a Republican who was formerly the CEO of Cold Stone Creamery, has been Arizona’s governor since 2015.

Kaepernick has been a polarizing figure in sports after he decided not to stand for the national anthem during a 2016 NFL preseason football game, in a protest against racial injustice. His actions have been widely defended as an exercise of his freedom of speech.

Kaepernick has not played in the league since that 2016 season after the San Francisco 49ers failed to resign the former quarterback. He then filed collusion grievances against the league, which have since been settled.

Last year, Nike featured Kaepernick as part of its 30th anniversary of its iconic “Just Do It” campaign.

Nike did not immediately respond to a request for comment.