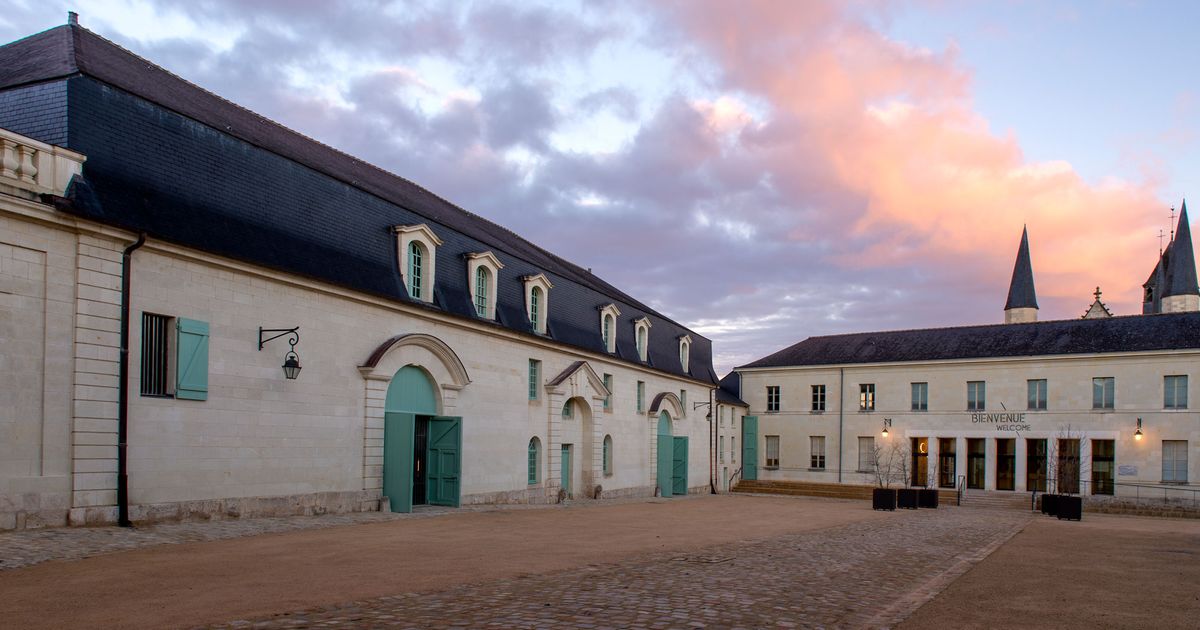 An 18th-century building known as La Fannerie, the former stables and hay store of Fontevraud Abbey in the Loire Valley, has been converted into a Modern art museum
Photo: Marc Domage

Part of a Unesco World Heritage site in the Loire Valley, Fontevraud Abbey is one of the largest monastic centres in France. Founded in 1101, it was run entirely by women throughout seven centuries, before being turned into a prison in the early 1800s at the request of Napoleon, and then into a cultural centre in 1975. On 19 May, after months of delays due to Covid-19 restrictions in France, the abbey’s former stables and hay store will be reborn again, opening to the public as the Fontevraud Modern Art Museum. The museum plan goes back to July 2018, when the French culture ministry formalised a major donation from the collectors Martine and Léon Cligman, comprising 566 works of Modern and non-Western art. Martine was born into a family of art patrons while Léon made a fortune in the textiles industry that gave him the means to share her interest in collecting. Over the decades, neither one would buy anything without the other being in full agreement.

The exhibition designer Constance Guisset created an installation that would convey the idiosyncrasies of a private collection
Photo: Marc Domage

The couple donated a further 252 works in 2019 to the Pays de la Loire region, which is now in charge of curating, studying and preserving their entire collection at Fontevraud. The gifts include more than 100 Modern paintings by the likes of Toulouse-Lautrec, Robert Delaunay, Juan Gris and Chaim Soutine, nearly 300 drawings, sculptures by Edgar Degas and Germaine Richier, as well as artefacts from Africa, Oceania, Asia and the Americas. The €11.8m construction project for the museum was completed in just two years and was originally scheduled to be inaugurated last December. The museum director, Dominique Gagneux, teamed up with the exhibition designer Constance Guisset, to create an installation that would convey the idiosyncrasies of a private collection, governed by subjective choices and associations.

The three-storey display is punctuated by thematic sections titled “Passion of a collector”. On the ground floor, for instance, is a room entirely devoted to the French glassmaker Maurice Marinot, whose work Martine collected in depth. But the curatorial team has also taken the initiative in displaying Toulouse-Lautrec’s unusual self-portrait from behind. Léon had covered up the artist’s scatological inscription in the top right corner: “Oh! que ce pet pue!”, meaning “What a stinky fart!”. The museum has removed the concealing layer of paint, making the joke visible again.In another twist, objects on each floor are not only juxtaposed with one another in visual dialogue, but are accompanied by an audio track voiced by actors to imagine an actual conversation between them.

Employees at the Whitney and Hispanic Society seek to unionise
Dar Jacir Center in Bethlehem damaged
To Top
error: Content is protected !!
Top