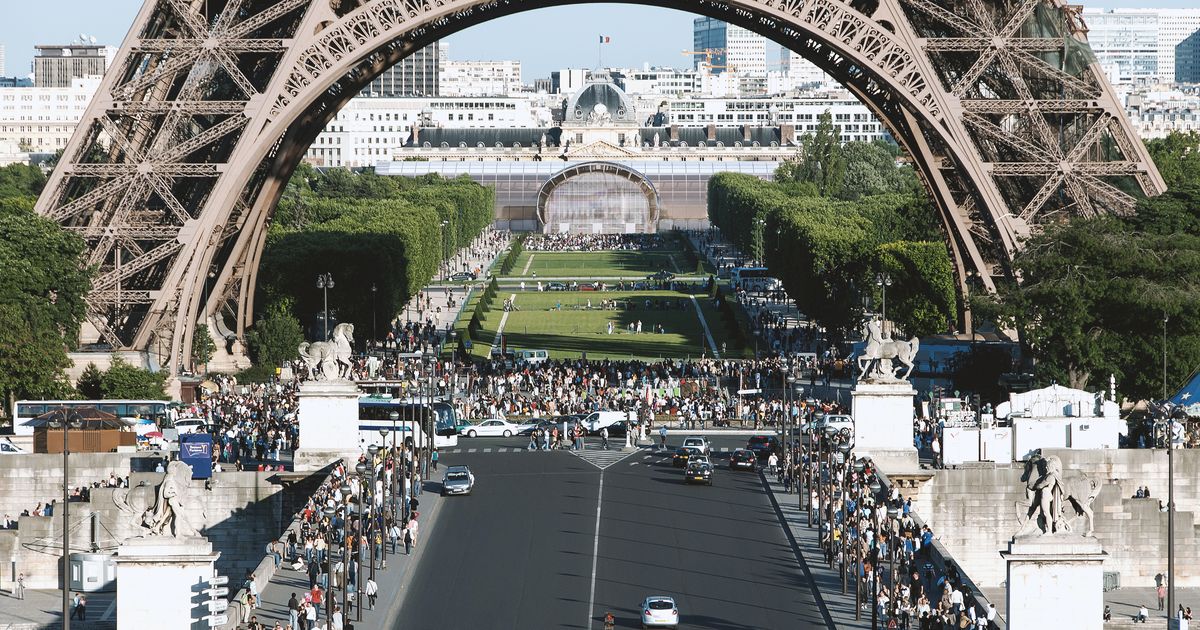 Fiac will take place in Le Grand Palais Éphémère, in the gardens near the Eiffel Tower, which has been built as a temporary venue while Grand Palais undergoes renovation
© Wilmotte & Associés architecture

More than 160 dealers have signed up to the 47th edition of Fiac (Foire Internationale d’Art Contemporain), the Modern and contemporary art fair in Paris, which is due to go ahead this October after the event was cancelled last year (21-24 October). The fair is the latest addition to a busy calendar this autumn with Art Basel scheduled for September and Frieze London and Frieze Masters also due to re-launch in the autumn (13-17 October). This year Fiac will move to a temporary venue in the Champ de Mars gardens near the Eiffel Tower. Le Grand Palais Éphémère has been built to host events while the Grand Palais undergoes renovation. Fiac has funded the Galerie Eiffel, an additional wing installed on the Eiffel Tower side of the building. The Grand Palais’s closure is scheduled to take place until summer 2024, when the historic building—constructed in 1900 for the Exposition Universelle (World’s Fair)—will reopen for the Olympic Games. The new venue is “marvellous”, says Franck Prazan, the founder of Paris-based Galerie Applicat-Prazan who plans to show post-war works by French artists at this year’s Fiac. “It’s smaller than the original, hence a bit tighter, but wonderful looking and in the perfect location.” He is confident that European collectors will attend Fiac, especially in light of vaccination programmes rolled out across the continent. Thirty-two new galleries will join the fair’s main section known as the General Sector; Andrew Edlin gallery of New York is one of the newcomers. The gallery will show art brut works (outsider art), including secondary market pieces and items by its own artists. Edlin believes Fiac is “an elite fair, on a par with Frieze and Art Basel Miami Beach”. “We have not participated in Fiac for the last nine years because we have produced the Outsider Art Fair in Paris at the same time. Now that we have decided to move the Outsider Art Fair to the spring, we are very excited to bring our best material to Fiac,” he says.

The gallerist Deborah Schamoni of Munich, another newcomer, will show works by the Cree artist Brenda Draney, German-born Judith Hopf, Maryam Hoseini of Iran, the Chinese artist Yong Xiang Li and Dala Nasser of Lebanon in a presentation that “unfolds the complex relationships between human beings and their cultural and ecological environment, and the hierarchies inscribed therein”. She adds: “There may be visitors mainly from Europe but it can still be very successful. People are looking forward to seeing art again.” Dealers are trying to work out which fairs to prioritise as the art world reverts to in-real-life activities. “It would have been difficult for us to do Art Basel, Frieze Masters and Fiac in a row and we unfortunately had to concentrate on Art Basel and Fiac as logistically it would have been a nightmare to align the three of them,” says Prazan. Asked if he will now participate in as many fairs as before the pandemic, Edlin says: “At least as many, if not more. There is no better way to meet new clients.” Prazan says that his gallery used to take part in eight fairs annually, and now plans to do around six. “We’re doing fewer art fairs this year, about half as many. We’ll see how it goes and how it develops,” says Schamoni. The Hors les Murs public art programme organised by Fiac also returns this year with an exhibition dedicated to the French artist Jean Claracq at the Musée National Eugène Delacroix and a solo show of works by Jean-Michel Othoniel at the Petit Palais.