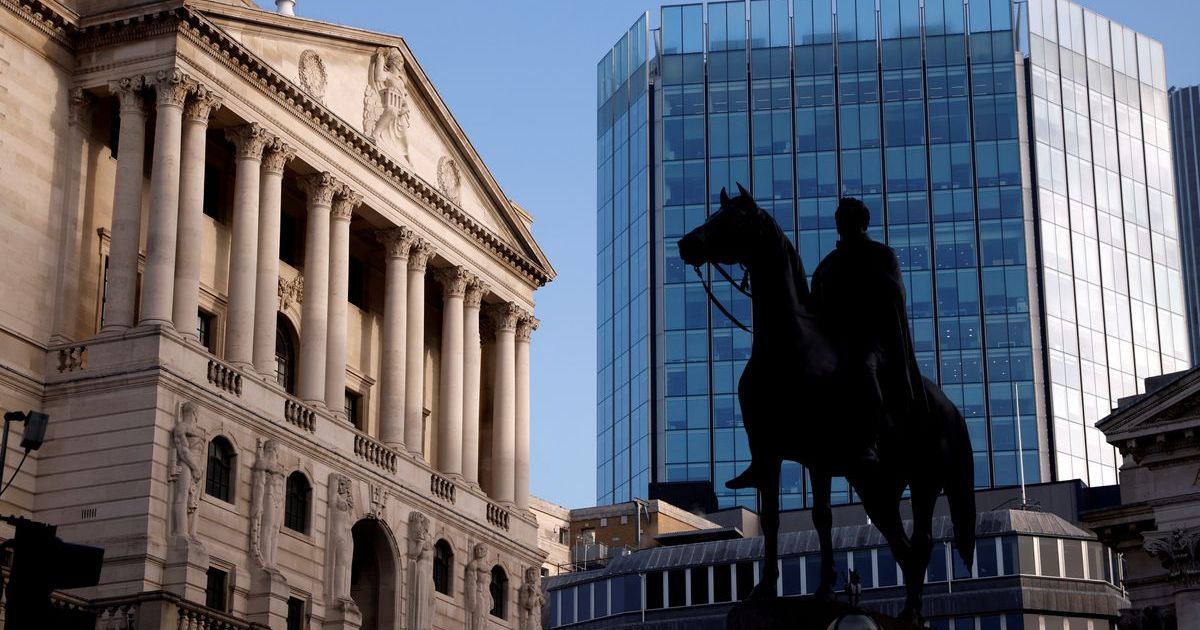 The Bank of England has removed ten works depicting images linked to the slave trade from its premises. But controversial statues depicting William Beckford and John Cass still stand at the Guildhall building in the City of London, the city’s financial hub, after officials voted earlier this year to pull down both sculptures. A working group will now deliver its recommendations to the City regarding the contentious statues at the end of next month. The Bank of England recently removed eight paintings and two busts of seven former directors and governors who were connected to the slave trade after announcing a review of its collection in June. The portraits and busts depicted Gilbert Heathcote, the bank’s founding director and governor, former Mayor of London James Bateman, Robert Bristow, Robert Clayton, William Dawsonne, William Manning and John Pearse. The works were on display in Parlours (the Bank’s formal rooms), the Banking rotunda and the institution museum. A survey carried out by the bank identified whether sitters or others featured in the works were associated with the slave trade either directly as so-called ‘West India merchants’, or through associations with companies involved in the trade such as the Royal Africa Company, South Sea Company and East India Company. According to a database compiled last year by the University College London’s Legacies of British Slave Ownership project, at least 25 governors and directors from the 18th and 19th centuries owned slaves. Portraits of Alfred Latham—a governor of the Bank of England (1861-63) who owned 402 slaves—and Benjamin Buck Greene—the inheritor of a slave fortune and also a former governor (1873-75)—are believed to still be on display. The bank’s art collection includes more than 40,000 works including historic landscapes by Thomas Wyck and Jan Griffier. The bank has also appointed a researcher to work in its museum to explore the Bank’s historic links with the transatlantic slave trade in detail, says a spokeswoman. In January meanwhile, the City of London Corporation, which oversees the Square Mile financial centre in the capital, voted to remove two historic statues of British politicians with links to the transatlantic slave trade from the Guildhall building: William Beckford, a two-time Lord Mayor of London in the late 1700s, and Sir John Cass, a 17th-century merchant, MP and philanthropist. The Cass piece is due to be returned to its owner, the Sir John Cass Foundation. A City of London Corporation spokesperson said that earlier this year, its Policy and Resources Committee agreed to set up a working group to consider a wide range of options for addressing concerns relating to the statues of Beckford and Cass. “The working group will report back to the Court of Common Council [the City of London’s primary decision-making body] by the end of October, setting out the options considered, the evaluation of those options and recommendations to the court. No further action will be taken in regard to the two statues until the Court of Common Council has considered the report from the Statues Working Group and agreed how to proceed,” he added. In January, the UK government announced new laws aimed at safeguarding historic monuments across England, which requires individuals to have listed building consent or planning permission before removing any historic statue. Earlier this year, Robert Jenrick, the communities secretary, said: “Our view will be set out in law, that such monuments are almost always best explained and contextualised.” This “retain and explain” approach to contextualising controversial monuments and historic statues has helped stoke a so-called culture war, with former government ministers and museum trustees questioning the Department for Digital, Culture, Media and Sport’s “contested heritage” policy. In June, the government gave an update on this process when a spokesman for the Ministry of Housing, Communities and Local Government told The Art Newspaper that a set of directions (formal instructions from ministers) were issued in April whereby “the Secretary of State [Robert Jenrick] will be consulted where a statue faces demolition and where the local planning authority are intending to allow that demolition. This would enable the Secretary of State to call it in and determine the application himself.”