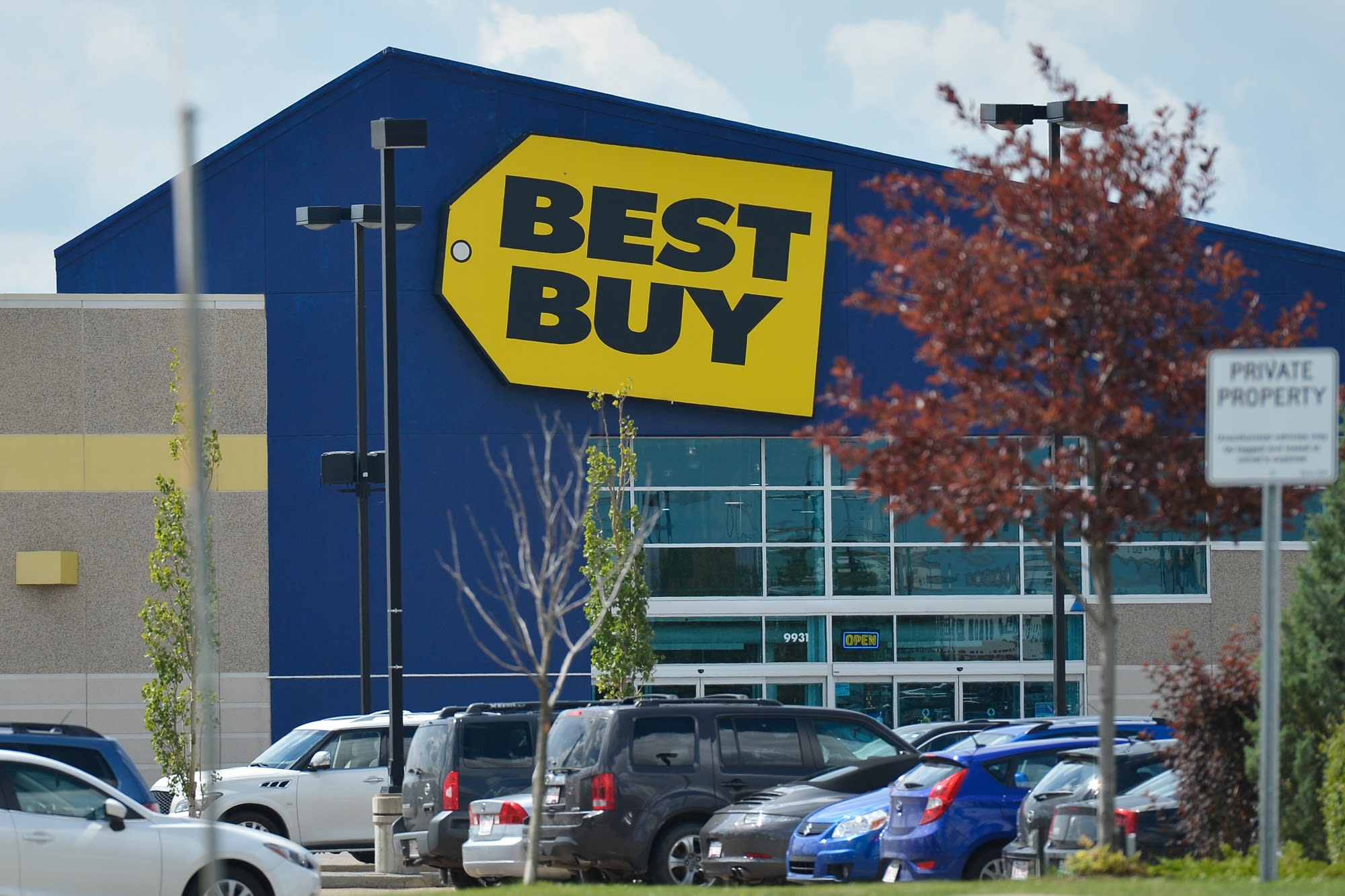 Some of ﻿Best Buy’s most popular products including televisions, smart watches, and headphones imported from China were just days away from seeing a 15% tariff as the company stock fell 9% Thursday morning.

Products in computing, mobile phones and gaming consoles will see the 15% duty on Dec. 15. The Trump administration announced earlier this month that some tariffs would be delayed in order to keep prices for consumers low during the holiday season.

But executives were determined to put investors at ease, emphasizing that they factored the impending tariffs into their fiscal-year forecast and still raised the earnings guidance. It also said it’s priced in the announcement from the Trump administration six days ago to hike the tariff rate to 30% from 25% on $250 billion in Chinese products.

Still, when Best Buy looks at the cost of the goods it sells, including labor, materials and overhead, about 60% goes to China currently.

“But it’s a massively smaller portion of that that is actually, we think, affected by the tariffs, because of some of the negotiating power, because of the mitigating strategies that we are putting in place,” she said in a call with analysts.

She said that because of the tariff uncertainties, many of Best Buy’s vendors are in the process of moving manufacturing out of China. As a result, she estimated the cost of goods to China could fall to 40% next year.

Charlie O’Shea, a retail analyst at Moody’s, said that because Best Buy raised its forecast, that’s an indication that the company is prepared for what’s ahead.

“That tells me that whatever the scenario is, they’ve got a way to deal with it,” he said.

Another mitigation tactic the company can use is stock up on product before the tariffs actually hit.

“They’ve probably done a lot of prebuying ahead of this, so they’ve probably already got a lot of the China products they need in the distribution network somewhere,” O’Shea said.

Additionally, even though televisions are scheduled to be hit with a tariff on Sept. 1, Best Buy said the bulk of its business is in large-screen televisions, which are sourced out of Mexico.

But Barry also emphasized that the environment has a level of uncertainty that the company has never seen before.

“There is a bit of art and a bit of science to estimating this and we don’t exactly have a precedent for the quantity of moving pieces that we have in place right now,” Corie said. “There’s a few things we are trying to take into account here,” including exactly which goods are on the list, when they will be implemented, and at what rates, she said.

Best Buy shares were up 18% since the start of the year, bringing its market cap to about $18 billion.