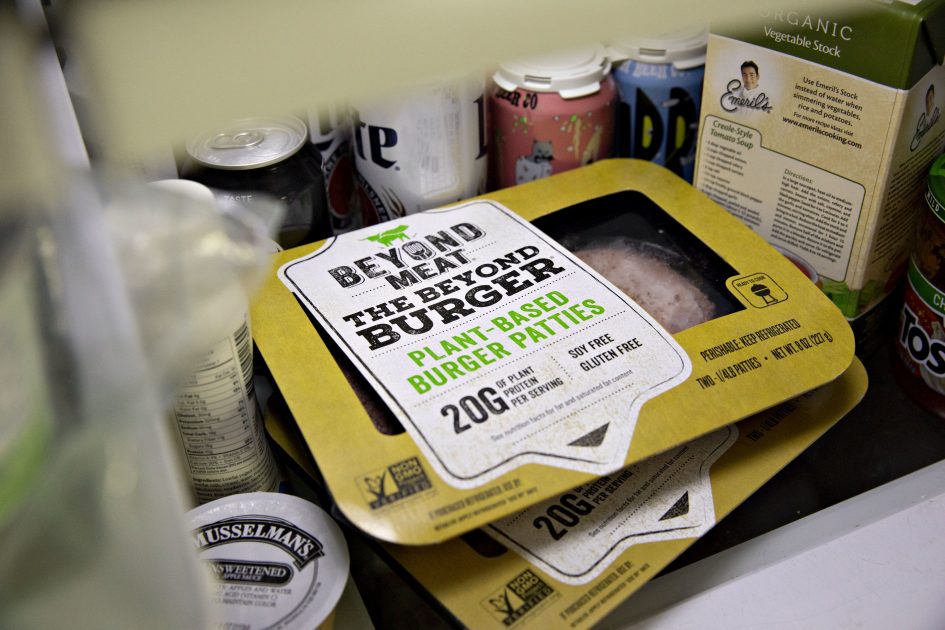 Packages of Beyond Meat plant-based burger patties are displayed for a photograph in Tiskilwa, Illinois, April 23, 2019.

Beyond Meat has shelved plans to enter Japan, according to a Japan-based investor, focusing more on the U.S. market where it recently bolstered funding to fuel an expansion and beat out emerging faux-meat rivals.

Japanese trading house Mitsui, which bought a small stake in Beyond Meat in 2016, said it previously planned to partner with the U.S. company to sell plant-based meat alternatives in Japan, but there was no longer such a project.

A Beyond Meat spokeswoman said she could not immediately comment, while a Mitsui spokeswoman declined to give a reason for the change, adding that future expansion in Japan was still possible.

El Segundo, California-based Beyond Meat sells pea-based burgers and sausages at restaurants and in supermarkets, and its shares have surged around 550% since their May IPO on expectations for growing demand for meat alternatives. It has also followed on with a secondary offering, which closed earlier this week.

The company faces competition from Silicon Valley-based Impossible Foods and alternative products from more traditional companies such as Tyson Foods and Perdue Foods. It has also grappled with production capacity issues and interruptions in the supply of pea protein.

Average Japanese consumers generally eat less meat than Americans and their cuisine features items like tofu, but vegan and vegetarian diets are uncommon.