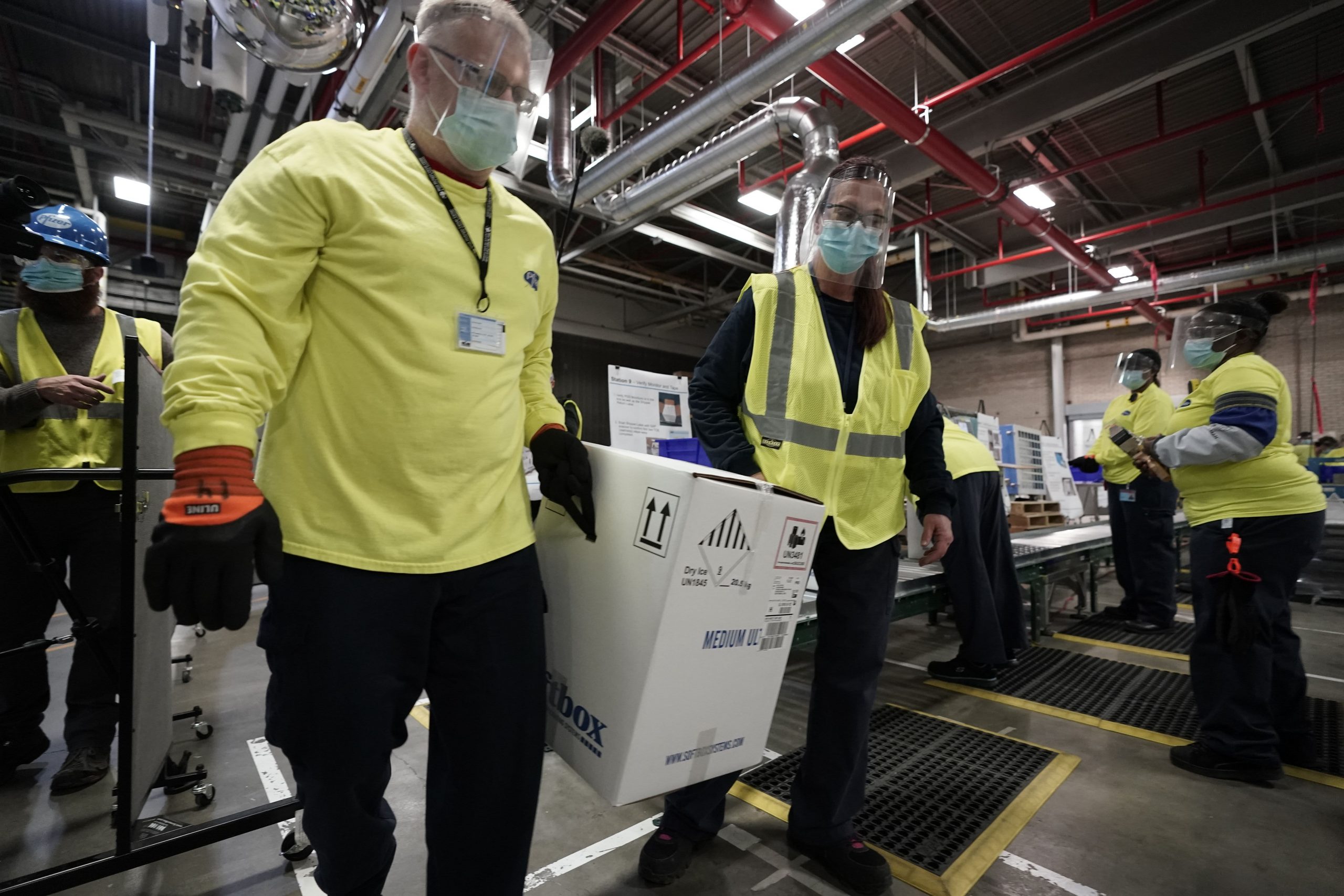 Workers move boxes containing the Pfizer-BioNTech Covid-19 vaccine as they are prepared to be shipped at the Pfizer Global Supply Kalamazoo manufacturing plant in Kalamazoo, Michigan on December 13, 2020.Morry Gash | AFP | Getty ImagesThe Biden administration is increasing the number of Covid-19 vaccine doses shipped to states weekly, sending out 13.5 million doses this week and doubling the number going to retail pharmacies, White House press secretary Jen Psaki said Tuesday.As of last week, the administration was sending out 11 million doses to states every week. Overall, Psaki noted, the administration has increased the number of doses shipped weekly to states by 57% since President Joe Biden was inaugurated Jan. 20.Psaki also announced that the White House is doubling the number of doses being shipped directly to retail pharmacies around the country, expanding it from 1 million doses sent to 6,500 pharmacies last week. Psaki said the White House will ship 2 million doses per week to stores going forward and plans to eventually expand to 40,000 stores nationwide.”This program will expand access in neighborhoods across the country so that people can call and make an appointment and get their shot conveniently and quickly,” she said. “This is a critical, critical part of our plan.”The administration has been announcing gradual increases in the amount of vaccine being distributed every week while opening up new distribution channels such as pharmacies, community health centers and federally run vaccination centers. After a slower-than-expected initial rollout of the vaccine, many states now say the lack of supply from the federal government is the biggest constraint.The pace of vaccination across the country has picked up in recent weeks, and the difference between doses distributed and doses administered has narrowed. More than 52.8 million doses have been administered as of Sunday, according to data from the Centers for Disease Control and Prevention, out of 70 million doses delivered to states.This is breaking news. Check back here for updates.

These stocks may stand to benefit from India’s growing electric vehicle market
JetBlue is getting rid of ticket-change fees but banning overhead bin access for the cheapest tickets
To Top
error: Content is protected !!
Top