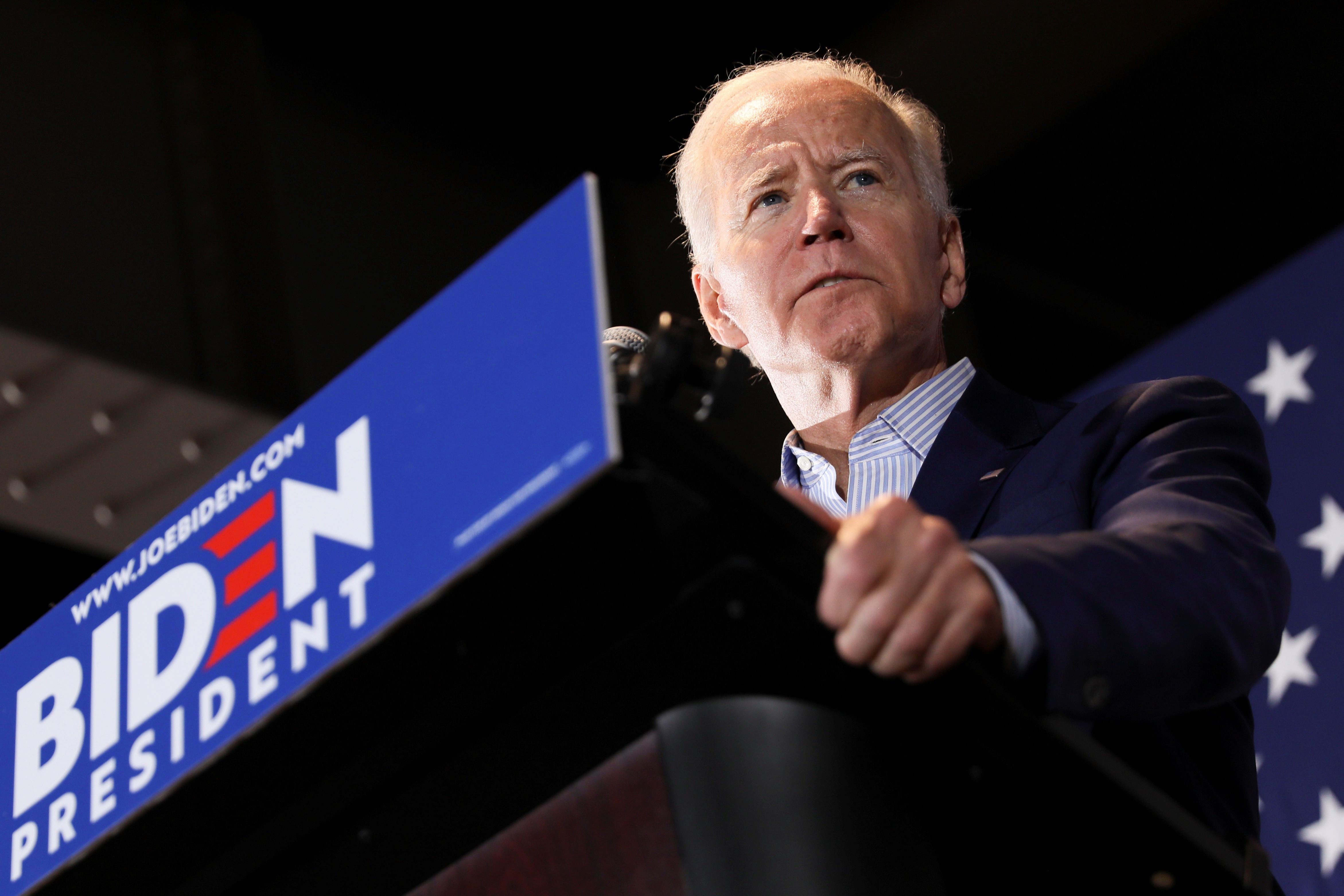 The former vice president emerged last month as the front runner to be the Democratic Party’s 2020 presidential nominee, Cramer said. A veteran U.S. senator from Delaware, Biden distinguishes himself from the crowded field of hopefuls and left-leaning candidates when it comes to health care.

“Unlike Bernie Sanders or Elizabeth Warren or Kamala Harris, Biden’s against ‘Medicare for All,'” the “Mad Money” host said.

Take UnitedHealth Group as an example. The stock fell as much as $40 per share in mid-April to trade around $208, despite a better-than-expected quarter and strong forward-looking guidance.

The whole sector took a hit in mid-April after UnitedHealth CEO David Wichmann voiced concerns that a single-payer system — most notably supported by independent Vermont Sen. Bernie Sanders — would “destabilize the nation’s health care system.” Sanders, who identifies as a democratic socialist and is also in the 2020 race, was seen as the front runner for the Democratic nomination until the centrist Biden threw his hat in the ring.

“Overnight, it became safe to own the managed care stocks again. Don’t worry, it’s not too late. The political risk was most reduced,” Cramer said. Pointing out that the Democratic leadership in Congress is also against a single-payer system, “with Biden leading in the polls, it’s more obvious that the health insurance business will be just fine.”

Centene has been among the biggest winners of the Affordable Care Act, also known as Obamacare, that was signed into law by President Barack Obama in 2010, Cramer said. Biden served as vice president under that administration, hinting at continuity of policy should he claim the nomination and the White House.

CVS stock is down nearly 20% in 2019 after headwinds relating to competition with Amazon and its acquisition of Aetna. The stock sports a 3.77% yield and is the cheapest name in the group, selling at 7-times 2019 earnings, Cramer said.

Consider, too, that health care has practically no exposure to China, where the U.S. faces trade tensions and higher tariffs as President Donald Trump and Chinese President Xi Jinping lob duties back and forth, and the sector is a rock-solid buy.

“It’s not too late to invest in these stocks because Trump keeps giving us more reasons to bail on companies with exposure to China and circle the wagons around the pure domestics,” Cramer said. “I think you should use any weakness to do some [buying] ’cause this is now the group to own.”

Make sure your stock portfolio has little exposure to China
I feel bad if you own Intrexon. It’s a loser
To Top
error: Content is protected !!
Top