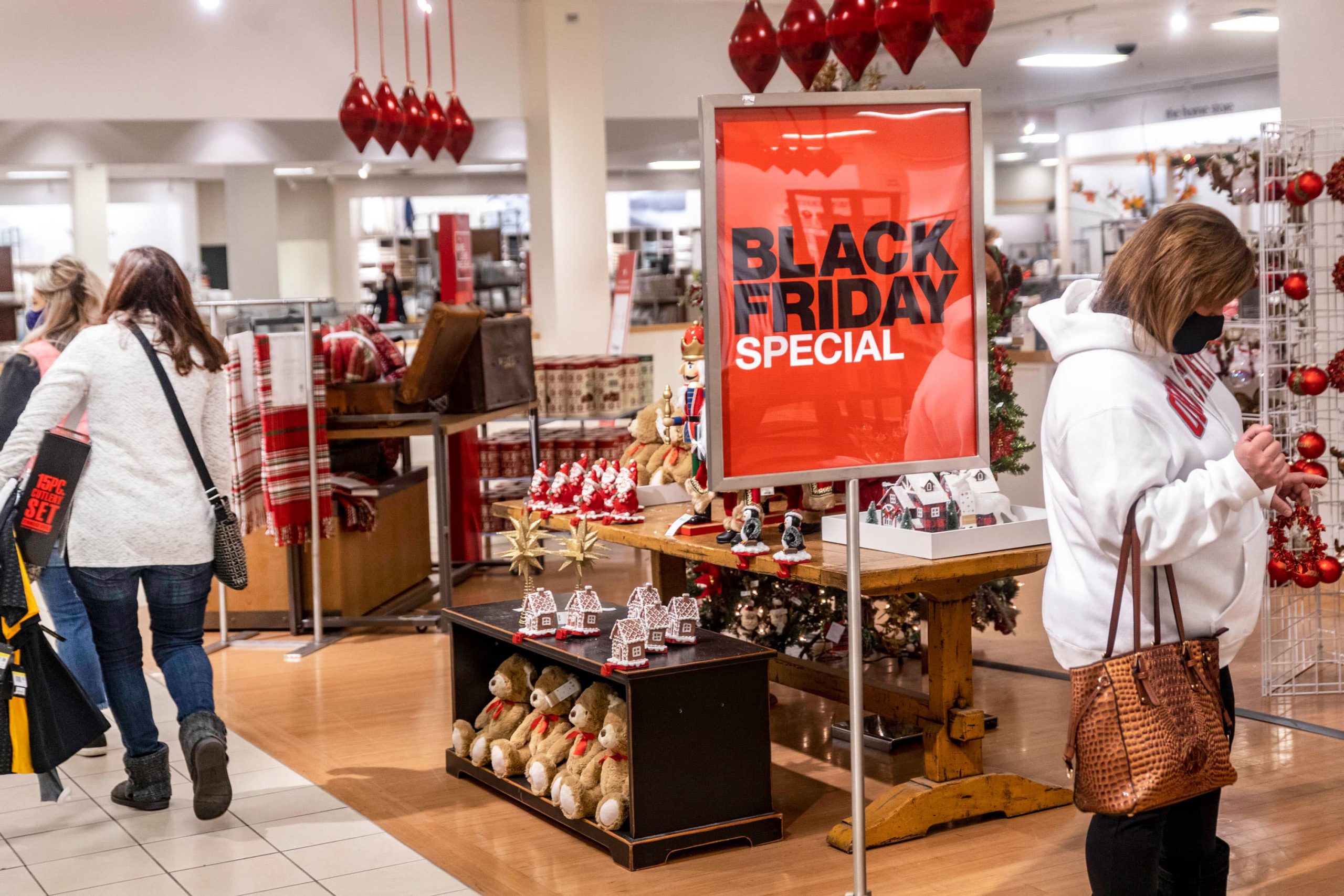 Shoppers looking at Macy’s Black Friday specials in Maumee, Ohio, November 27, 2020.Stephen Zenner | SOPA Images | LightRocket | Getty ImagesTraffic at stores on Black Friday fell by 52.1% compared with last year, as Americans by and large eschewed heading to malls and queuing up in lines for shopping online, according to preliminary data from Sensormatic Solutions.For the six key weeks of the holiday season this year, traffic in retail stores is expected to be down 22% to 25% year over year, an earlier forecast by Sensormatic Solutions said.”We knew Black Friday [traffic] was going to be down, we just didn’t know how much it was going to be down,” said Brian Field, a senior director of global retail consulting at Sensormatic Solutions. “Shoppers are spreading out their shopping throughout the holiday season because of concerns about social distancing and the pandemic.”The Covid pandemic has pushed a record number of consumers to shop online, instead, as retailers place many of their top holiday doorbuster deals online and encourage shoppers to buy on the web and then pick up purchases curbside. The Centers for Disease Control and Prevention also recommended that Americans shop online the day after Thanksgiving.Many malls looked bleak, and parking lots were more empty than full, across much of the country during the early hours of the morning Friday. Some reported traffic picking up later in the day, especially at outlet and open-air shopping centers, as some consumers felt more comfortable heading out. The warmer weather that blanketed much of the country also helped.The typical peak time for shopping on Black Friday remained the same this year, hitting at about 2 p.m., Sensormatic Solutions said.On Thanksgiving Day, when many retailers including Walmart and Target closed their stores this year due to the pandemic, traffic dropped 94.9% year over year, according to the firm. Week-to-date, traffic is down 45.2% across the U.S.”Black Friday this year, from a traffic impact perspective, looked a lot like a typical Saturday after a Black Friday,” Field said.Spending online on Black Friday this year surged 21.6% to hit a new record, according to data from Adobe Analytics, as consumers rang up $9 billion worth of purchases on the web the day after Thanksgiving.That makes Black Friday 2020 the second-largest online spending day in history in the United States, behind Cyber Monday last year, Adobe said. Cyber Monday this year is slated to become the largest digital sales day ever, with spending reaching between $10.8 billion and $12.7 billion, which would represent growth of 15% to 35% from a year earlier.