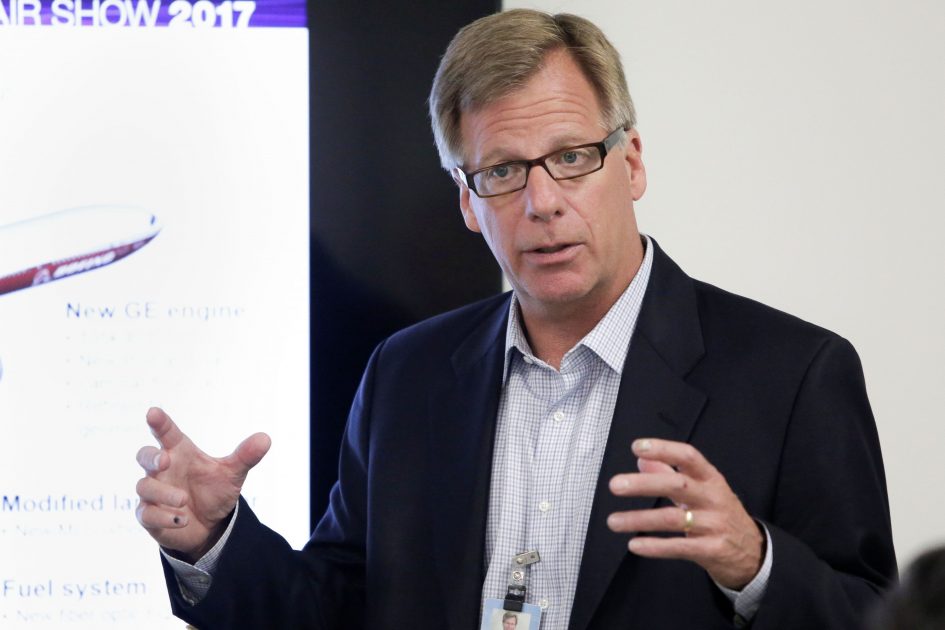 Mark Jenks, who has worked on Boeing’s potential new mid-market airplane (NMA) project, will assume the role as lead of the 737 program, McAllister said.

“These are unprecedented times for us, as our primary focus remains the safe return of service for the 737 MAX and driving quality and safety in all that we do.

To that end, I am grateful to Eric Lindblad for his strong leadership and tireless drive over the past 12 months leading the 737 program, as he has navigated some of the most difficult challenges our company has ever faced. He shared with me his desire to retire last year, and we will now begin to embark on a thoughtful and seamless transition plan.

For the past 34 years, Eric has dedicated his career to Boeing. Since his first job as a liaison engineer, to his current job leading the 737 program and Renton site, Eric has worked across Commercial Airplanes. Over the past three decades, Eric has made an impact on countless employees and has led some of the biggest bets of our business. And, he has done it through a lens of doing what’s right and continuing to ensure our relentless focus on safety and quality.

I have admired Eric’s resolve and drive, and we are grateful for his service and dedication.

Mark Jenks will step into the position to lead the 737 program and Renton site. He will work closely with Eric over the next several weeks to ensure a seamless transition as we approach the safe return to service of the 737 MAX.

As the vice president of the New Mid-Market (NMA) program, Mark has led all aspects of the development program ranging from the business case to the definition of the production system, services offerings and airplane configuration. Mark also led the 787 program during some of its most challenging of years, and has held several leadership roles within Boeing’s defense and space businesses. A true One Boeing leader, Mark will leverage his learnings and expertise for our 737 program as we carefully and fully return to the 737 MAX to service and meet our customer commitments.

With Mark’s move, we also have the opportunity to continue to invest in the NMA development. I’m pleased to announce that Mike Sinnett will assume the role of vice president for the NMA in addition to his current role leading the Product Strategy and Future Airplane Development Team. Let me be clear – the NMA team will continue to operate as a program, and I am looking forward to Mike’s leadership in this important effort. Before leading the Product Strategy and Future Airplane Development organization, Mike served as vice president and chief project engineer for the 787 program. His strong track record of new development programs will be instrumental to the long-term success of the NMA program. Mike will also continue to play a pivotal role in our stakeholder and customer outreach efforts on the MAX certification and return to service efforts.

All three of these leaders have consistently demonstrated a One Boeing approach to their work, and have been living the Boeing Behaviors. Please join me in congratulating Eric on his planned retirement, and welcoming Mark and Mike to their new leadership roles. “