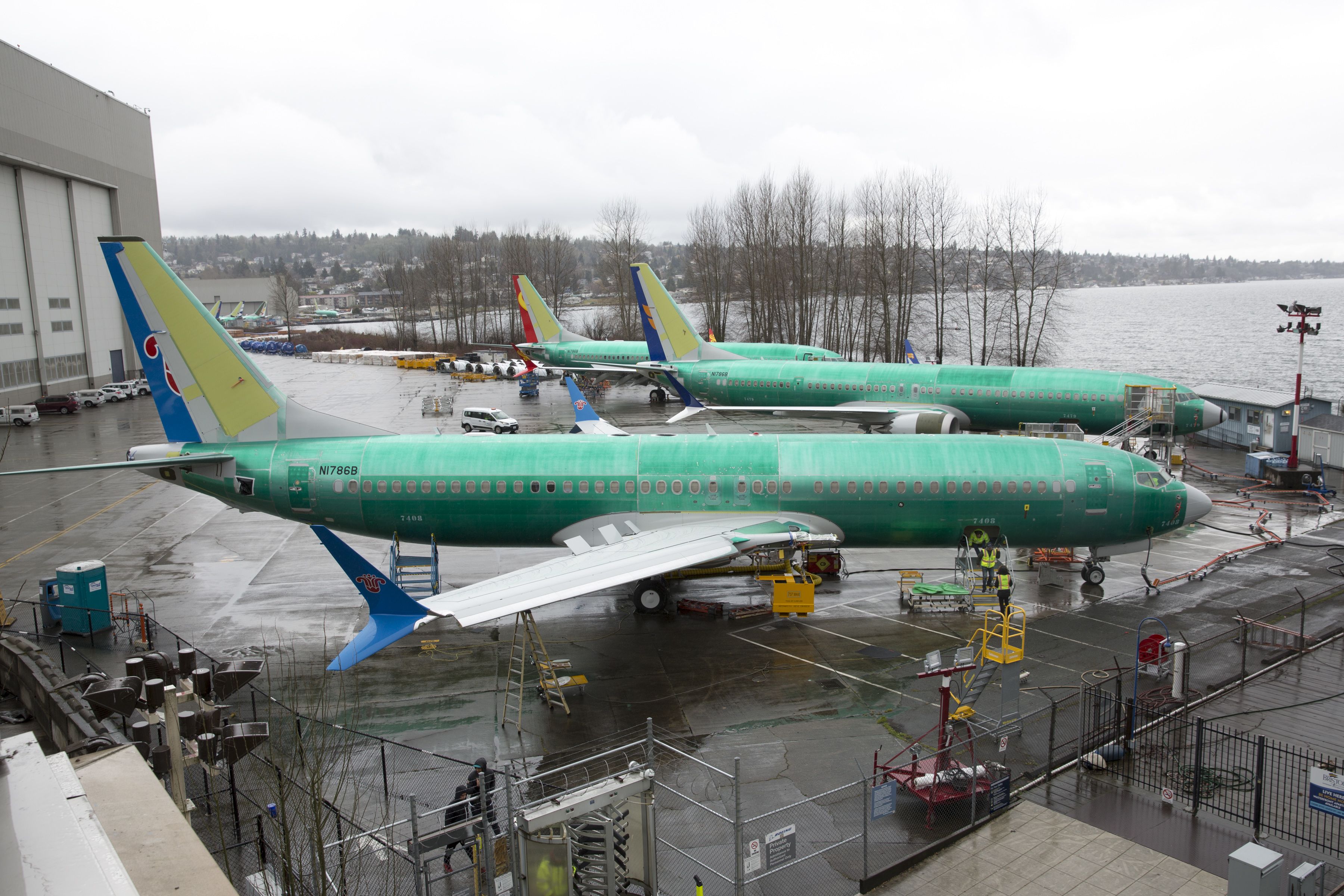 A Boeing 737 MAX 8 for China Southern Airlines (front) is pictured at the Boeing Renton Factory in Renton, Washington on March 12, 2019.

Boeing shares fell on Thursday after the Federal Aviation Administration (FAA) said it had found another software issue with the company’s grounded 737 Max aircraft.

“The FAA’s process is designed to discover and highlight potential risks. The FAA recently found a potential risk that Boeing must mitigate,” the federal regulator said in a statement on Wednesday.

Boeing shares were down by 2.5% in premarket trading Thursday. The stock had fallen as far as 6.9% from Wednesday’s close of $374.94 a share but rallied in early morning trading.

In a note to investors, Bank of America called the announcement another “software hiccup” for Boeing but “not all that surprising.”

“Given that the FAA is reviewing a complex software/hardware system in a thorough manner, we would expect to see some back and forth before a final software/hardware package is determined,” Bank of America said.

With the new delay, the best case scenario for a return to service for the 737 Max is the second week of July. But Bank of America said it expects to see the 737 Max grounded for 6 months to 9 months more.

Boeing disclosed in a filing with the SEC that this new issue was not covered by the changes it had planned for MCAS, a software system that has been the focus of regulators after two 737 Max airplanes crashed and 346 people died. The new software issue is reportedly separate from the changes Boeing is making to MCAS, according to the Wall Street Journal. The report said this software system is a part of the emergency process that pilots would use to address an MCAS malfunction.