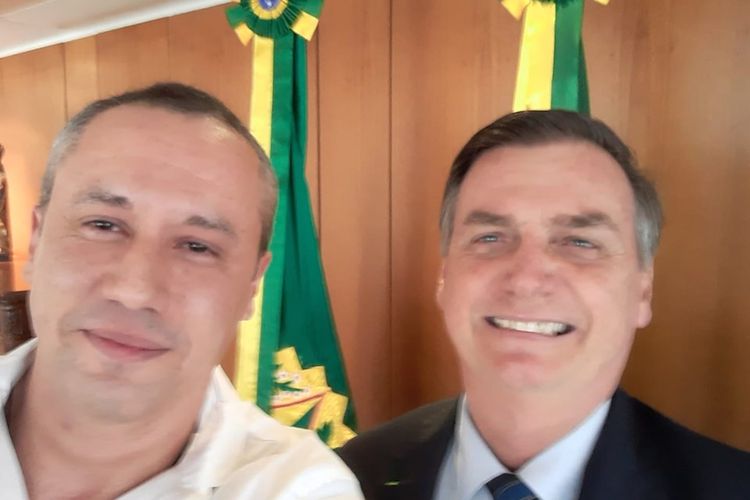 A Brazilian theatre director has been given a federally backed role after claiming he was persecuted for supporting the far-right president Jair Bolsonaro. Roberto Alvim, who opened São Paulo’s Club Noir theatre in 2006 with his wife, the actress Juliana Galdino, was appointed the director of theatre of the National Foundation of the Arts (Funarte) on 18 June.

Last week, Alvim announced that he would suspend activities of his theatre on 25 June amid criticism and boycotts over his political views. Brazilian media reported that Club Noir has previously closed because of financial problems, but this time the closure is likely irreversible, as important donors have withdrawn their support.

Osmar Terra—the head of the ministry of citizenship, which formed in January when Bolsonaro’s government dissolved the ministries of culture, sports and social development—met with Alvim and Bolsonaro on 17 June at the Oscar Niemeyer-designed government building Palácio do Planalto in Brasília. According to Alvim, Bolsonaro personally called him on 13 June to commiserate over the opposition he faced and to show his support.

Writing on social media after the meeting in Brasília, Alvim said: “When Bolsonaro contacted me, I saw something magical happen. We have the opportunity to live a great moment of cultural effervescence.” He added, “People accuse president Bolsonaro of anti-intellectualism, but what he is providing is a true Renaissance for the arts.”

Alvim has called on “conservative artists, actors, theatre directors, dramatists, arts professors, filmmakers, stylists and others” to create “a cultural war machine”. He has asked arts professionals with rightist values to send in their resumes with the goal of creating a database of conservative artists who would be more likely to be approved for federally funded projects under the Rouanet Law, a cultural funding scheme that Bolsonaro recently modified to reduce the amount of funding allotted for individual projects.

In recent interviews, Alvim has spoken about a newfound dedication to Catholicism, which he says he developed around 2017 after recovering from a health scare related to a benign tumour. Speaking to the Brazilian magazine Veja on 16 June, when asked whether he regretted declaring his support for Bolsonaro, who led a heavily religion-themed campaign, Alvim said: “Does anyone regret choosing God and truth over Satan and lies?”

Alvim’s last acclaimed production was the play Leite Derramado (Spilt Milk) in 2016, an adaptation of a romance by the liberal Brazilian author Chico Buarque that travelled throughout Brazil.