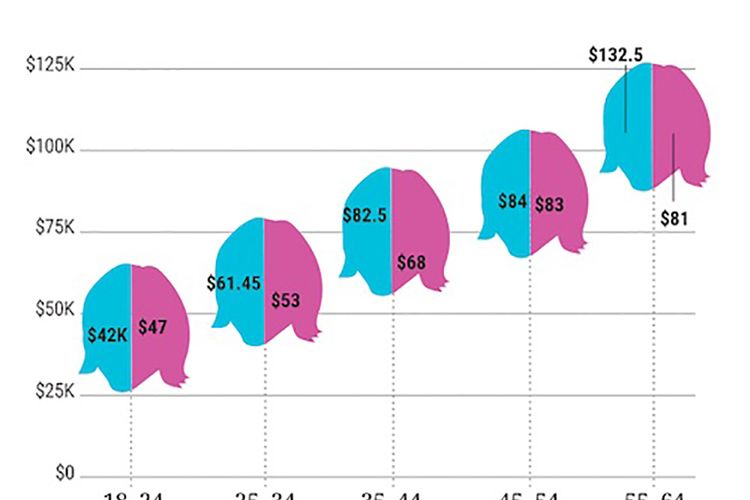 
Professionals in the visual arts sector in the United States are more likely than not to have a master’s degree, but holding the degree does not have a substantial impact on their average salaries, according to the results of a survey released today by the Professional Organization for Women in the Arts (POWarts).

The organisation collected the data online in February and March of last year in a survey that drew 2,551 responses from employees at for-profit enterprises (such as galleries and auction houses) and non-profit organisations (such as museums and foundations) in the visual arts. Of that number, only 997 respondents supplied data on their current salary that could be incorporated into the results, however, making for a more limited study sample. POWarts said that an overwhelming 89.27% of the respondents were women and 10.73% were men. The survey “began with our membership,’’ explains Sara Kay, the founder of POWarts and the owner of Sara Kay Gallery. “People will send it to their colleague and peers.’’

The numbers are being released even as a Google spreadsheet is being circulated in the museum world on which staff members from across the United States are anonymously posting their annual salaries. POWarts says it hoped its data would help workers in salary negotiations at all stages of their careers and that it plans an online workshop on the topic on 9 July.

“This salary survey will arm professionals of all genders with the information they need to better navigate this opaque world,” says Kristen Becker, a POWarts steering committee member.

Surprisingly, many respondents did not know whether these benefits were offered, POWarts says.