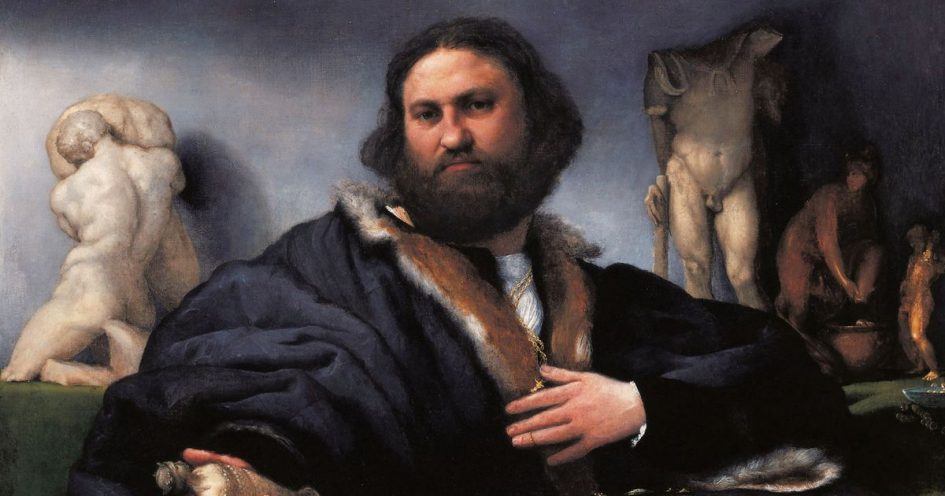 The Queen has got the builders in, and, as in the most modest household, that inevitably means moving furniture and emptying rooms. In this case all the paintings from the Picture Gallery in Buckingham Palace have been taken off the walls and carried next door to the permanent public space, the Queen’s Gallery, for an exhibition that includes some of the most famous works in the Royal Collection.The exhibition opening this week, which will run until early 2022, includes works by Titian, Vermeer, Rembrandt, Van Dyck, Claude Lorrain and Canaletto. Although many have been seen recently in the same gallery—including Rembrandt’s The Shipbuilder and his Wife (1633), the most expensive painting bought by George IV, for a staggering 5,000 guineas in 1811—it will be a rare chance to see the whole collection in proper gallery conditions. Normally, seeing them requires craning your neck to catch a glimpse of the paintings stacked up high on the walls as you shuffle among crowds anxious to crack on to displays of Princess Margaret’s cocktail dresses.

George IV was the royal family’s most extravagant collector, running up debts of £400,000 (around £31m today) by the time he became king, but the exhibition includes beautiful pictures bought by his ancestors and successors. When Charles I travelled to Spain in 1623 as prince, he failed to secure a bride but brought back pictures including a Veronese and several Titians. As king he brought over Rubens and Van Dyck as court painters, and added the spectacular Gonzaga Collection bought from the Duke of Mantua, which was scattered in a series of sales by the Commonwealth after his execution. Many were bought back by his successors, including the magisterial Rubens self-portrait in this exhibition. The restoration of his son as Charles II was celebrated by the States of Holland and West Friesland with what later became known as the Dutch Gift: 28 excellent paintings including two Titians and Lorenzo Lotto’s masterly portrait of the Venetian merchant Andrea Odoni swathed in wolf fur-lined black velvet. The exercise in cultural diplomacy lasted only a few years until war broke out again between the two countries.

George III inherited splendid works including two glowing Claude Lorrain landscapes from his father Frederick, but also added treasures from the dealer and diplomat Consul Smith, including books, minerals, antiquities and Vermeer’s The Music Lesson (early 1660s). He sold on some good pictures, but those he kept included Canaletto’s glittering Venetian views, commissioned by Smith.Many of the greatest among thousands acquired by George IV have been out in recent shows, including Rembrandt’s superb portrait of Agatha Bas, described by Desmond Shawe-Taylor, the surveyor of the Queen’s pictures, as “confrontational”. His own favourite in the collection is another of George’s Rembrandts, the small 1638 picture of Christ meeting Mary Magdalene, his figure glowing in the dawn.

Maintenance at Buckingham Palace has long been a problem. Contemporaries considered that George III paid too much, at £21,000 in 1761, for the Duke of Buckingham’s draughty town house on marshy land at what was then the edge of London. The £73,000 he then paid the Scottish architect William Chambers to get it into shape was only the start of endless repairs, alterations and extensions. The current work involves replacing ancient boilers and miles of ducting, cables and pipes running through the warren of 775 rooms.“We hope—no we’re sure—we’ll get the gallery back in a year, and then the pictures can go straight back onto the walls,” Shawe-Taylor says. “The great thing about this exhibition is that we don’t have to build any expensive travelling cases, and just now saving a bit of money on not having cases made is a blessing, believe me.”• Masterpieces from Buckingham Palace, The Queen’s Gallery, London, 4 December-31 January 2022