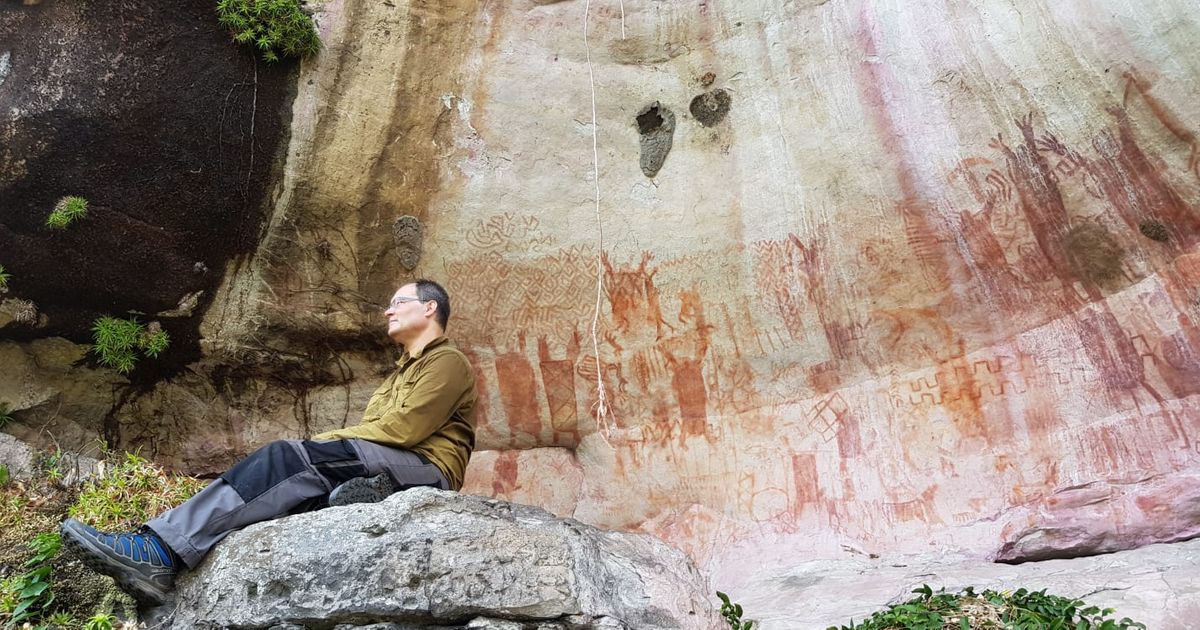 A nearly eight-mile long “mural” believed to have been painted during the Ice Age between 12,600 and 11,800 years ago, has been discovered in rock shelters in the Amazon rainforest. The prehistoric artists used natural ochre to depict people interacting with now extinct creatures such as mastodons and giant sloths, as well renderings of deer, alligators, bats, monkeys, horses, and other animals. The rock art also includes hunting scenes and images of ancient plants.“These really are incredible images, produced by the earliest people to live in western Amazonia. They moved into the region at a time of extreme climate change, which was leading to changes in vegetation and the make-up of the forest. The Amazon was still transforming into the tropical forest we recognise today,” says Mark Robinson, one of the studies co-researchers, in a statement. “The paintings give a vivid and exciting glimpse into the lives of these communities. It is unbelievable to us today to think they lived among, and hunted, giant herbivores, some which were the size of a small car.”The images stretch across eight miles of rock walls in the archaeological site Serranía La Lindosa, on the northern edge of the Colombian Amazon.“These rock paintings are spectacular evidence of how humans reconstructed the land, and how they hunted, farmed and fished,” says José Iriarte, a fellow co-researcher. “It is likely art was a powerful part of culture and a way for people to connect socially. The pictures show how people would have lived amongst giant, now extinct, animals, which they hunted.”