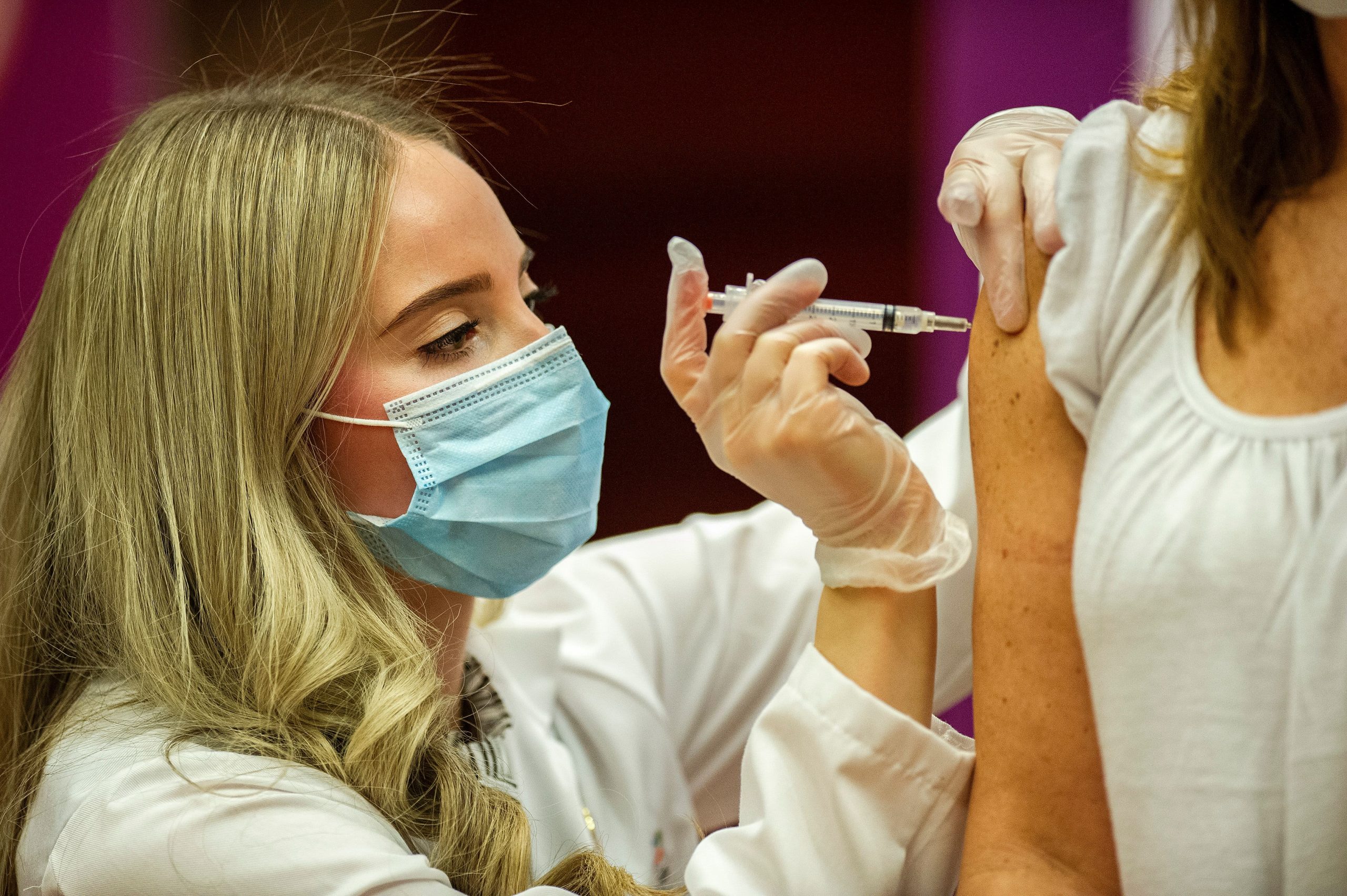 Pharmacist Madeline Acquilano inoculates a teacher with the Johnson & Johnson Covid-19 Vaccine at Hartford Hospital in Hartford, Connecticut, on March 3, 2021.Joseph Prezioso | AFP | Getty ImagesA Centers for Disease Control and Prevention panel on Wednesday decided to postpone a decision on Johnson & Johnson’s Covid-19 vaccine after six women developed a rare, but potentially life-threatening, blood-clotting disorder that left one dead and critical condition.The CDC’s Advisory Committee on Immunization Practices met a day after the Food and Drug Administration asked states to temporarily halt using J&J’s vaccine “out of an abundance of caution.” The panel voted unanimously to reconvene in a week where it will decide what it will recommend to the CDC on J&J’s vaccine. The postponement means the pause on J&J’s vaccine will remain in effect.The committee debated whether to and how long they wanted to continue the pause on J&J’s vaccine while the CDC investigates the cause of the blood clotting. One committee member recommended a month-long hold on restarting immunizations, while other members recommended a few weeks. Some members asked whether they could hold off on voting until they had more time to digest the data.One of the options the panel considered was whether to recommend limiting the vaccine’s use based on age or other risk factors.The CDC and FDA advised states to reschedule J&J vaccine appointments after six women developed cerebral venous sinus thrombosis, or CVST, within about two weeks of receiving the shot, U.S. health officials told reporters on Tuesday. CVST is a rare form of a stroke that happens when a blood clot forms in the brain’s venous sinuses. It can eventually leak blood into the brain tissues and cause a hemorrhage.”CVST is rare, but clinically serious, and can result in substantial morbidity and mortality,” Dr. Tom Shimabukuro, a CDC official, told the committee. He said the CVST cases appeared to be three times greater in the J&J vaccine group than among among women aged 20 to 50 years old with similar backgrounds.Within hours of the FDA’s warning early Tuesday, more than a dozen states as well as some national pharmacies  halted inoculations with J&J’s vaccine, some replacing scheduled appointments with either the Pfizer or Moderna vaccine.U.S. health officials had said the pause on the use of the vaccine might only last a matter of days, depending on what they learn in their investigation of the cases. White House chief medical advisor Dr. Anthony Fauci said Tuesday the pause on the use of the vaccine would give U.S. health regulators the time they need to thoroughly investigate the cases and “find some common denominators among the women who were involved.”A 25-year old man developed CVST along with a hemorrhage during the clinical trial who was hospitalized but recovered. All of the six cases that occurred after the clinical trial were found in white women, Shimabukuro said, noting that the median time to symptom onset was eight days. Three were described as obese, one had hyperthyroidism, one had asthma and one had hypertension, he said.Five of the six patients initially developed headaches and one had back pain and bruising before more serious other symptoms set in, he said. One of the women has died. Three of the patients remain hospitalized, while two have been discharged, he said.”These are significant blood clots that are causing these problems,” he said.Dr. Aaran Maree, chief medical officer for J&J’s vaccine division Janssen Pharmaceutical Cos., told the committee that none of the women were on birth control, which was theorized as a possible link to the blood clotting. They also all tested negative for Covid-19.One of the two patients who recovered was a 26-year-old woman who was described as “overweight but active,” wasn’t on any medication and had no history of clotting disorder.She was admitted to the hospital with a severe headache a week after receiving the J&J vaccine and was discharged but returned to the hospital a week later with abdominal pain and a rapid heart rate, he said. Tests revealed she developed thrombocytopenia and CVST.One 48-year-old woman with an “unremarkable past medical history” was admitted to the hospital after three days of malaise and abdominal pain. She developed severe thrombocytopenia and CVST that progressed with hemorrhagic stroke despite treatment with the blood thinner heparin. She received the J&J vaccine two weeks prior to symptom onset and remains critically ill according to the last report.This is a developing story. Please check back for updates.

Tech billionaires are obsessed with climate change — but some question if they’re focusing on the right areas
Shake Shack has ‘big plans for Asia’ as it ramps up expansion in the region
To Top
error: Content is protected !!
Top