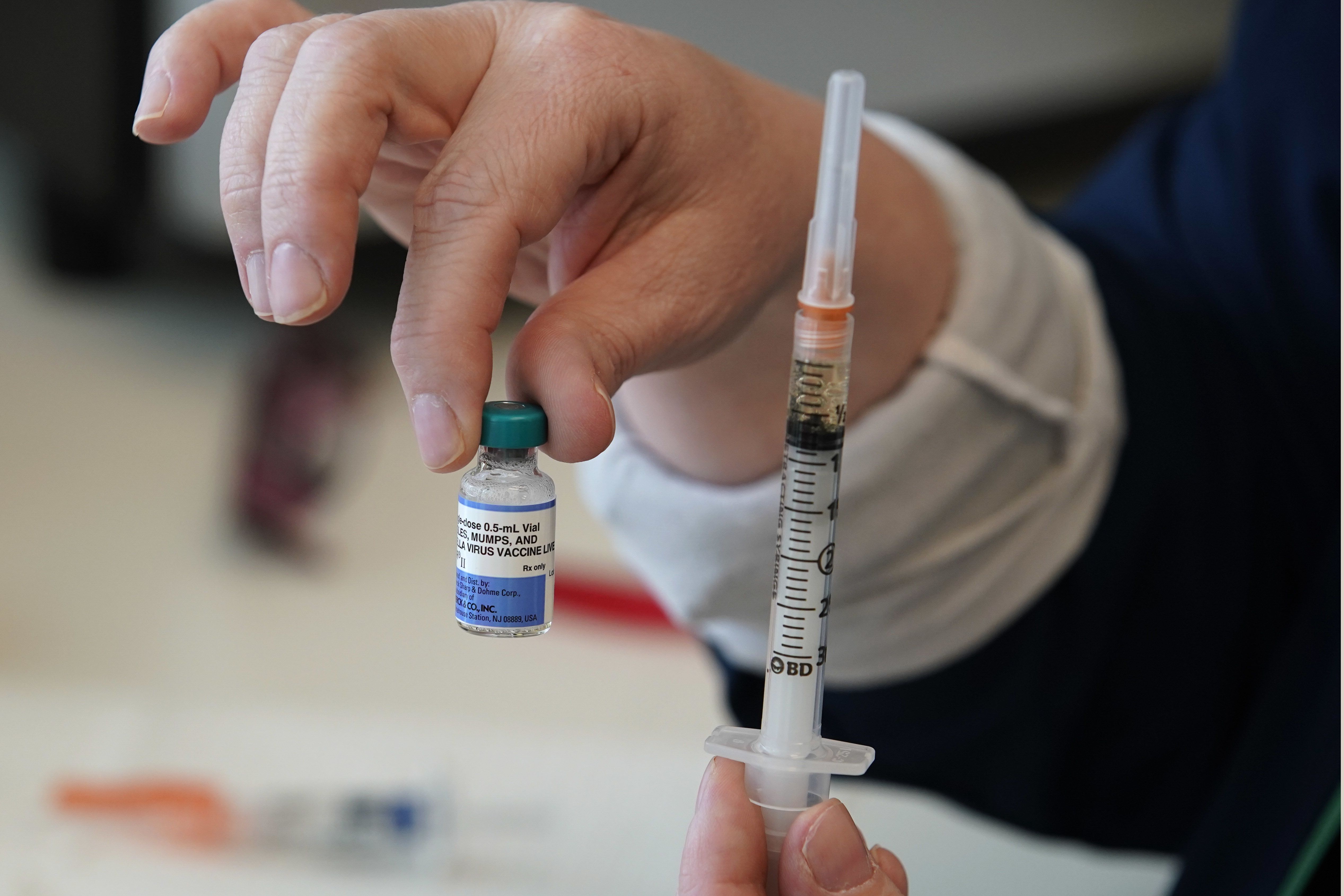 A nurse holds up a one dose bottle and a prepared syringe of measles, mumps and rubella virus vaccine made by Merck at the Utah County Health Department on April 29, 2019 in Provo, Utah.

The U.S. could lose its measles elimination status as outbreaks in New York City and Rockland County, New York, push the total number of confirmed cases so far this year near 1,000, according to the Centers for Disease Control and Prevention.

The CDC has confirmed 971 cases during the first five months of this year. It’s the highest number since 1994 and risks undoing progress made since U.S. health officials said the disease was eradicated here in 2000.

Before the measles vaccine was invented in the early 1960s, the disease infected an estimated 3 million to 4 million people each year, hospitalizing 48,000 people and killing between 400 and 500 patients, the CDC said.

The World Health Organization reported a 300% increase in cases around the world in the first three months of this year, compared with the same time last year.

The CDC urged parents to get their children vaccinated. The agency said availability and widespread use of the vaccine and a strong public health infrastructure to detect and contain the virus has made its eradication possible.

“Measles is preventable and the way to end this outbreak is to ensure that all children and adults who can get vaccinated, do get vaccinated. Again, I want to reassure parents that vaccines are safe, they do not cause autism. The greater danger is the disease that vaccination prevents,” CDC Director Robert Redfield, M.D. said in a statement.

Despite being commonly known for the rash the measles virus gives those who are infected, other symptoms include fevers and runny noses, and could even lead to complications including pneumonia, swelling of the brain and, in extreme cases, death.