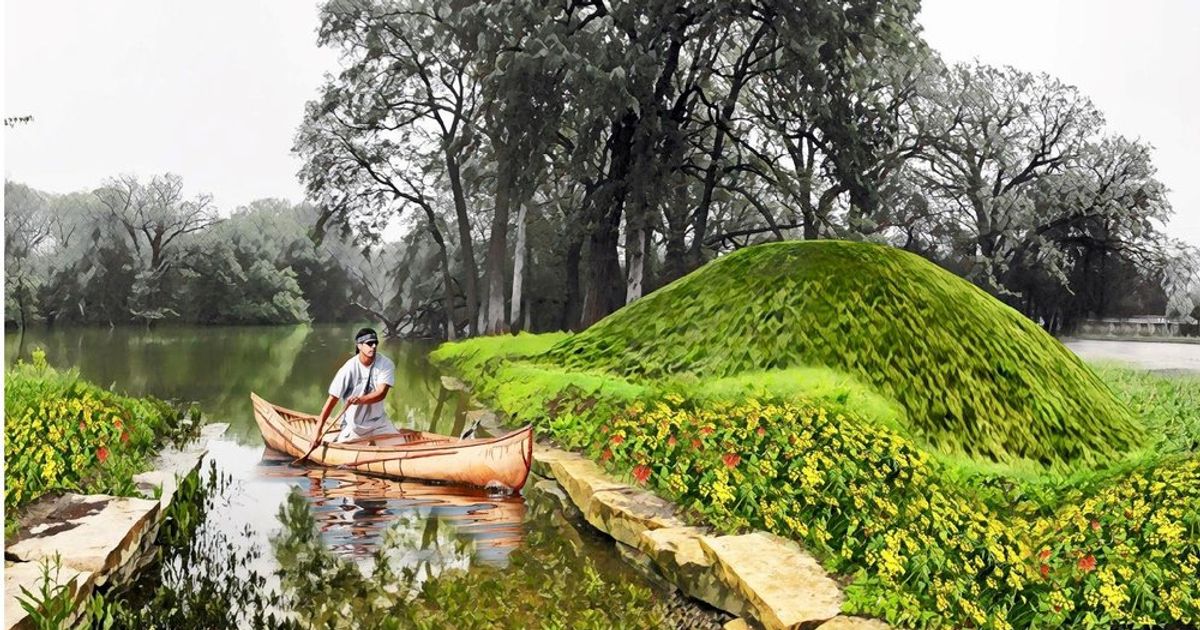 The Chicago-based Joyce Foundation has announced the winners of its annual $75,000 awards, supporting BIPOC artists in presenting their work in the Great Lakes region. The recipients are: Sydney Chatman, a writer and director who will collaborate with the Congo Square Theatre Company in Chicago; the painter and assemblage artist Daniel Minter who will create a work with Lynden Sculpture Garden in Milwaukee; the Brooklyn-based artist Kameelah Janan Rasheed, who will present work in the upcoming 2022 FRONT International in Cleveland; and the multidisciplinary artist and architect Santiago X, who is a member of the Coushatta tribe of Louisiana (Koasati) and the Chamorro people of Guam (Hacha’maori) and will be partnering with the Chicago Public Art Group.”Each year, the Joyce Foundation seeks to award projects that are visionary in scope and are uniquely rooted in their respective communities,” says Mia Khimm, the director of the Joyce Foundation’s culture programme. Given the collective trauma of the global pandemic and the fight for racial justice in the US, the applications reflected similar preoccupations.The four grants issued will support performing and site-specific works, presented in partnership with cultural organisations and community members, that address themes such as violence against women, the preservation of cultural heritage, and healing through art, nature, and community. “As artistic and community concerns and contexts evolve and change over time, so do the social and creative approaches embraced by these projects,” Khimm adds. “With the events of the past year, the importance of collective healing came to the fore, resulting in four distinct projects that—despite differences in medium, concept, and location—each work in full partnership with community members and organisations to create meaningful actions and spaces for grappling with racial injustice and its effects and honouring individual and collective resiliency during and after Covid-19.”For instance, Santiago X will finally be able to build the earthen mounds he has been researching and designing for several years as part of a plan, involving the American Indian Center and a neighbourhood association, to develop a trail and two river sites important to Native Americans.This year, the award was increased to $75,000 per project with at least $25,000 going straight to the artists as stipends. Past winners of the award include Bill T. Jones, Kaneza Schaal, Nick Cave, Theaster Gates, Seitu Jones, Julie Mehretu, Kyle Abraham, Aparna Ramaswamy, Rosy Simas, Nari Ward, Sanford Biggers, and Camille A. Brown. The application period for the 2022 Awards opens on 1 June.

Dasha Zhukova, founder of Garage magazine, launches a real estate firm that places a high premium on culture.
Employees at the Whitney and Hispanic Society seek to unionise
To Top
error: Content is protected !!
Top