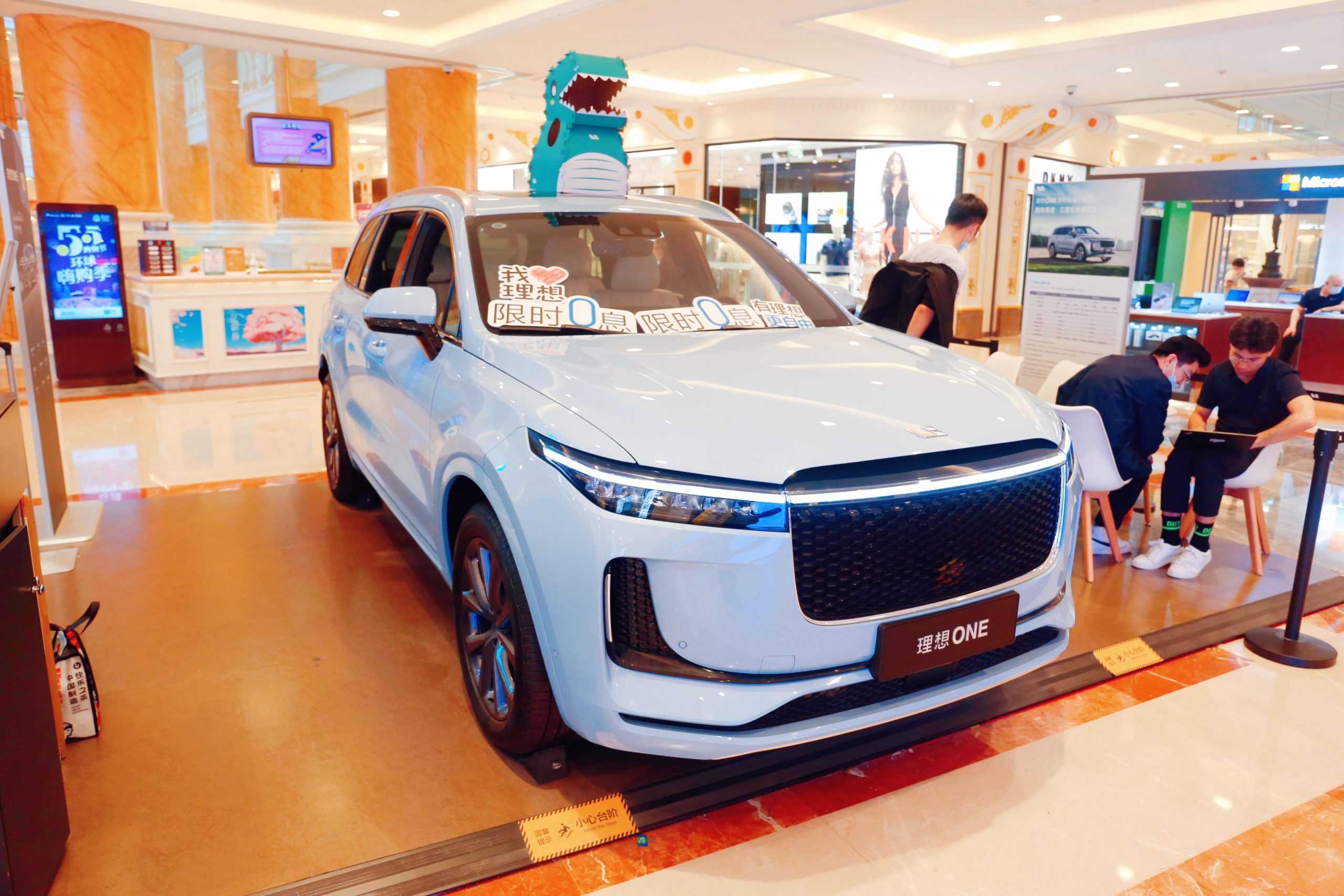 The Li One electric car from Li Auto is displayed at the Moonstar Global Harbor shopping mall in Shanghai, China, May 10, 2021.Costfoto | Barcroft Media | Getty ImagesBEIJING — Deliveries of what is essentially a hybrid electric car from U.S.-listed Li Auto surpassed those of rival start-up Xpeng for a second straight month in July.Li Auto said Sunday it delivered 8,589 Li One vehicles in July, a monthly record. The Li One SUV is the company’s only model on the market. The car comes with a fuel tank for charging the battery, extending the 180-kilometer driving range by about 620 km (385.35 miles).Xpeng said Monday it also delivered a monthly record of 8,040 vehicles — of which 75% were its P7 sedan, rather than its other model, the G3 SUV.That meant Li Auto delivered 549 more cars than Xpeng last month, after delivering over 1,000 more cars than Xpeng in June.On a year-to-date basis through July, Xpeng delivered slightly more cars, at 38,778 versus Li Auto’s 38,743.Among the three U.S.-listed Chinese electric car start-ups, Li Auto’s shares have performed the best this year with gains of 15.8%.Nio’s shares have fallen 8.3% during the same period, while Xpeng’s are down nearly 5.4%.Read more about electric vehicles from CNBC ProNio’s deliveries for July were not available as of Monday morning. The company is set to release second-quarter results on Aug. 11.Chinese and U.S. regulators have increased their scrutiny on Chinese companies listed in the U.S. in the last month.Some companies like Xpeng have also listed shares in Hong Kong, partly as a hedge against risks in the New York market. The start-up’s Hong Kong-listed shares have fallen more than 4% since an offering that raised about the equivalent of $1.8 billion in early July.Just over a week later, Xpeng announced its third model and second sedan, the P5, would sell for as low as 160,000 yuan ($25,000). That’s less than the starting price for Tesla’s Model 3 in China at 250,900 yuan. Deliveries of the P5, which comes in six versions, are set to begin in the fourth quarter.— CNBC’s Arjun Kharpal contributed to this report.

The high prices of used cars may finally be dropping: Sonic Automotive president
Target to enforce masks for store workers in high-risk counties
To Top
error: Content is protected !!
Top