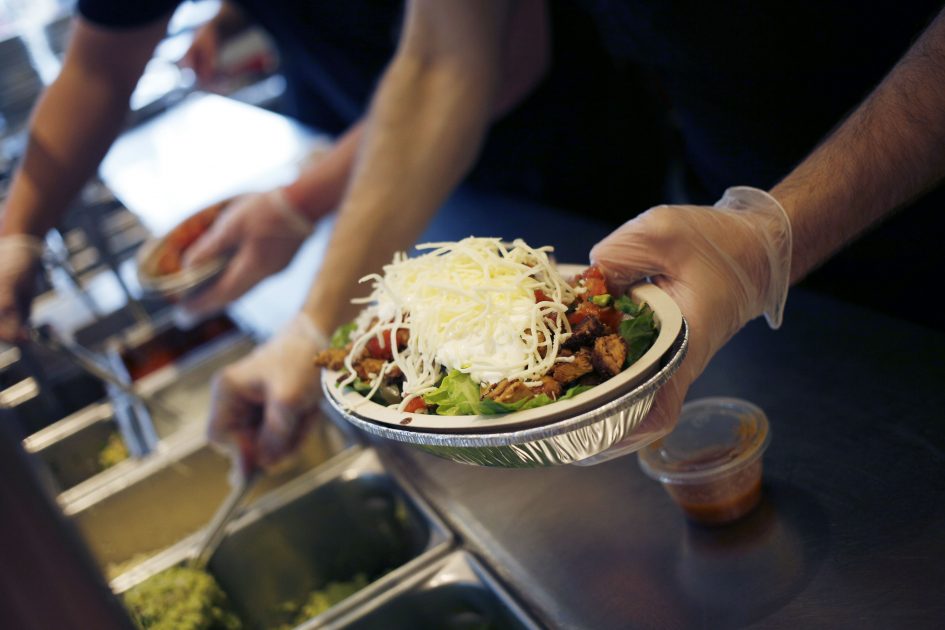 Chipotle Mexican Grill will report earnings after the bell Tuesday.

The company’s stock recently set an all-time high, passing a previous record set before the chain’s foodborne illness woes began in 2015. Shares were down less than 1% in afternoon trading Tuesday, although they are up 70% so far this year.

Here’s what Wall Street is expecting, according to analysts surveyed by Refinitiv:

Last quarter, Chipotle raised its same-store sales outlook for 2019. It is now forecasting mid-to-high single-digit sales growth at stores open at least a year. It previously said that it expected mid-single digit growth.

Investors will also be watching to see if the burrito maker shares more about its loyalty program, which launched in March as part of a broader strategy to build digital engagement. This marks it first full quarter since it began. During its last conference call, CEO Brian Niccol said that the program had already grown to 3 million members.

The company also has a partnership with third-party delivery service DoorDash. Around the time of the FIFA Women’s World Cup this summer, Chipotle promoted the partnership by offering free delivery and selling several of the players’ favorite orders.