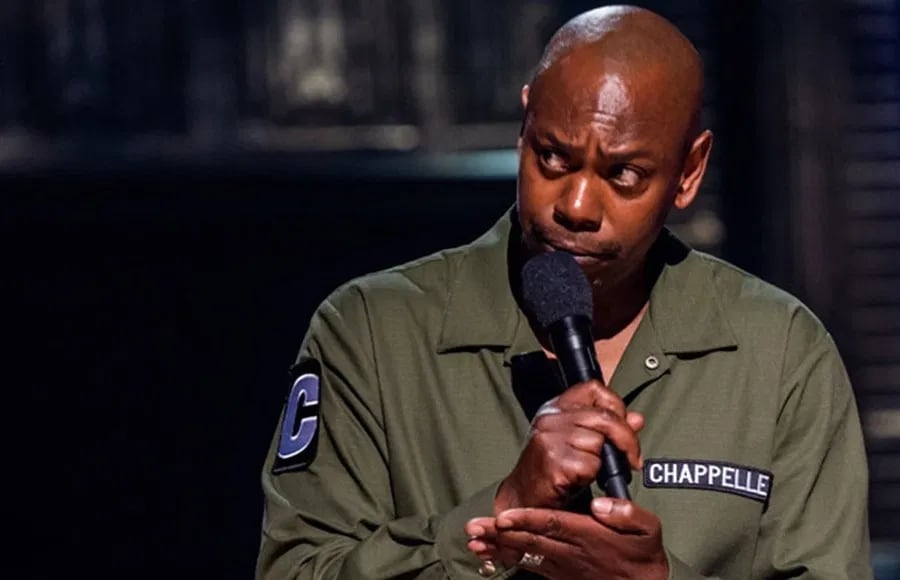 Comedian Dave Chappelle’s latest stand-up comedy special, “Sticks and Stones,” premiered on Netflix last week — and it immediately faced a firestorm of criticism for its jokes.

Many of the jokes were perceived as tone-deaf and hurtful, particularly those which used various groups of people as punchlines, such as women, sexual assault victims, Asians and members of the LGBTQ community — transgender people in particular.

Many characterized these jokes as gratuitously cruel. Will this round of criticism affect his career negatively, and will Netflix, which paid $60 million in 2016 for five stand-up specials from the comedian, lose subscribers as a result?

If the critics alone are anything to go by, both Chappelle and Netflix may have reason to worry.

Inkoo Kang of Slate compared “Sticks and Stones” to “dropping in on a rascally uncle who doesn’t know, or doesn’t care, how much he’s disappointing you… his jokes make you wince.” Garrett Martin of Paste said that the show “is terrible not because audiences have changed, but because Chappelle himself is so thoroughly out of touch with today.” Martin pulled no punches when he wrote simply, “‘Sticks and Stones’ is terrible, and Chappelle can only blame himself for that.”

Despite this critical response, family and relationship therapist Fran Walfish said that it’s unlikely the comedian will pay any price for it. She chalked that up to ignorance about the LGBTQ community on the part of the general public.

“Sadly, the majority of the American population is still vastly uneducated about the LGBTQ and trans community,” Walfish said. “There is still a great deal of ignorance, fear, and confusion… people are unclear and uninformed about various sexual identities.”

Keith Bergman, a stand-up comedian from Toledo, Ohio, also said that he believes “Sticks and Stones” won’t harm Chappelle’s career. If anything, he believes that the mean spirited and callous nature of the material was designed to keep viewers engaged, even after they’ve finished watching.

“Most of the special felt calculated to generate clickbait,” he said. “Chappelle is dropping bombs that enrage one group of people, and whether it’s good or heartfelt or even well crafted is beside the point.”

Brian Hart, founder and president of the public relations agency Flackable, agreed that the humor in “Sticks and Stones” is unlikely to damage Chappelle’s career, but for entirely different reasons. He said that societal shifts exist on a pendulum, and right now, that pendulum is swinging away from sensitivity after years of swinging toward it.

“The Millennial generation, which I’m a part of, has been steadily driving this heightened level of social sensitivity for the past decade,” he said. “There are hurtful words, phrases and characterizations that needed to be retired, and I’m glad my generation took the lead on removing them from modern dialogue. But if these sensitive young adults are serious about improving society and the world, they need to learn how to take a joke.”

Hart said that if anything, “Sticks and Stones” is the perfect vehicle to allow Chappelle to leave his former Comedy Central program, “Chappelle’s Show,” in the past.

“He knew what he was doing, and he nailed it,” Hart said. “This special will prove to be a significant net gain for his brand and his post-Chappelle’s Show career.”

While the critics may not have cared for “Sticks and Stones,” viewers gave it a 99% audience score on Rotten Tomatoes, so those who believe Chappelle won’t pay a price for his humor may be onto something. But what about Netflix? Will this special and their ongoing association with the comedian cost them, subscribers?

Representatives for Netflix could not be reached for comment, but Todd M. Schoenberger, senior research analyst and director of research at the Wellington & Co. Institutional Research Firm, said that the service has nothing to worry about. Streaming services are currently in “hypergrowth mode,” he explained, and the number of viewers adopting streaming services vastly outnumbers those who would cancel their subscriptions because a show offended them.

“There won’t be a net loss,” he said. “We’re in a trend of people cutting the cord, so even if you lose subscribers, you’ll gain enough to balance the loss.”

Schoenberger also said that even if Netflix were to decide to end their association with the comedian, he can take the $60 million Netflix has already given him and go to Prime Video, Hulu, or any other streaming service wishing to retain him.

“If you have someone with a following, and Chappelle still has a strong following, there’s significant value there,” he said. “Streaming services are willing to go through some viewers being offended to bring others to the table.”

Whatever effect “Sticks and Stones” has, comedian Bergman said that Chappelle has a choice to make. Much of the material in the special takes aim at political correctness and “cancel culture,” and Bergman noted that you can’t complain about those things and tell raunchy jokes at the same time.

“Comedy can’t be some burly, swaggering, tell-it-like-it-is mosh pit and also be a delicate vase that needs to be protected,” he said. “People are allowed to think something sucks.”