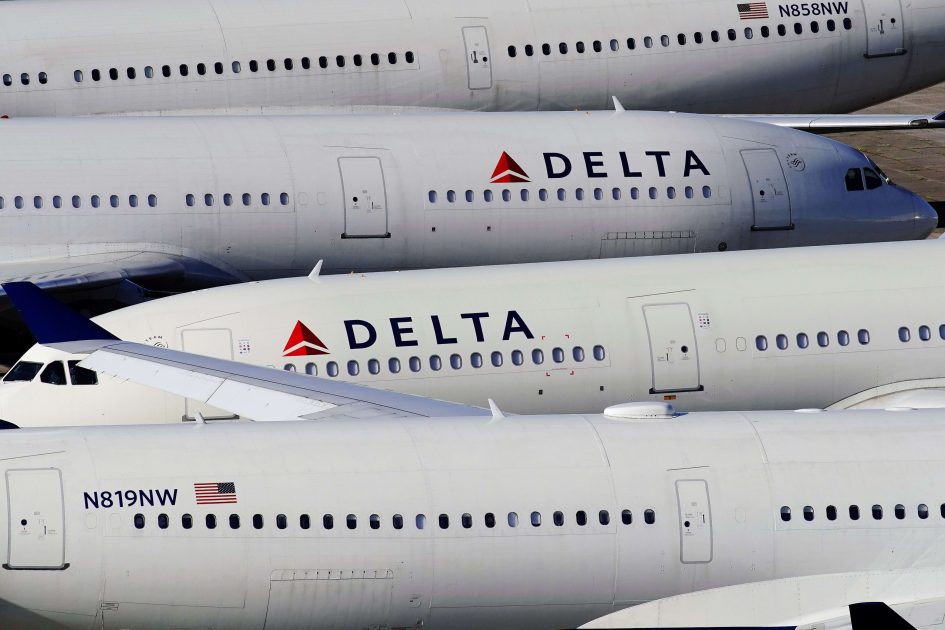 Delta Air Lines passenger planes are seen parked due to flight reductions made to slow the spread of coronavirus disease (COVID-19), at Birmingham-Shuttlesworth International Airport in Birmingham, Alabama, U.S. March 25, 2020.Elijah Nouvelage | ReutersDelta Air Lines is planning to send notices to warn more than 2,500 pilots next week about potential furloughs, according to a company memo sent Friday that was seen by CNBC.The carrier and the labor union that represent the carrier’s more than 14,000 pilots has reached an agreement for an early retirement option, a step toward reducing headcount as the coronavirus continues to ravage air travel demand.”As we’ve communicated previously, early retirements alone likely won’t be enough to avoid pilot furloughs altogether,” said the memo from Delta’s senior vice president of flight operations, John Laughter. He said that demand has remained weak despite a recent uptick in the number of travelers lately.”With that in mind and given that we won’t know the results of the early-out for a few weeks, we must continue to move ahead to address pilot overstaffing,” he said. “In an effort to best prepare our pilots, we will send notices to 2,558 pilots as required by the Worker Adjustment and Retraining Notification Act (the “WARN Act”) next week to let them know of a possible furlough.”Pilots can apply for the voluntary early retirement program early next month and those accepted will be informed no later than Aug. 4, according to a union memo sent to members on Friday that was also reviewed by CNBC.  About 7,900 pilots would be eligible for early retirement, Laughter said.Airlines are scrambling to reduce their payroll as the pandemic keeps many travelers at home, pushing the industry to its first losses in years. Demand has bounced back somewhat from more than five-decade lows hit in April but it remains a fraction of the norm.”While it’s encouraging to see flights returning, we expect our overall demand this summer to be only 25 percent of last summer’s revenue, and we likely remain at least two years away from a return to normal,” Delta’s CEO Ed Bastian said in a staff note Thursday.Particularly impacted is high-revenue international flights, which airlines have largely cut, as a plunge in business trips and travel restrictions made many of those routes impossible. Some of the highest-paid pilots fly planes used for those routes.Pilots who opt to take early retirement would get pay for 58 hours a month until reaching the age of 65 or for 36 months, whichever is earlier, the union said. The company would also cover up to two years of health insurance premiums and a year of travel benefits.Delta, the least unionized of the four biggest unionized airlines, offered the rest of its employees early retirement and buyouts last month. American, Southwest and United have also rolled out similar voluntary measures for their staff to reduce costs.The terms of $25 billion in government payroll support prohibits airlines from laying off or cutting the pay rates of employees through Sept. 30. Airline executives have said they want to exhaust voluntary measures before turning to involuntary layoffs or furloughs.Labor unions that represent flight attendants, pilots, mechanics and other airline employees asked Congress on Thursday for billions more in aid to protect their jobs through the end of March 2021.