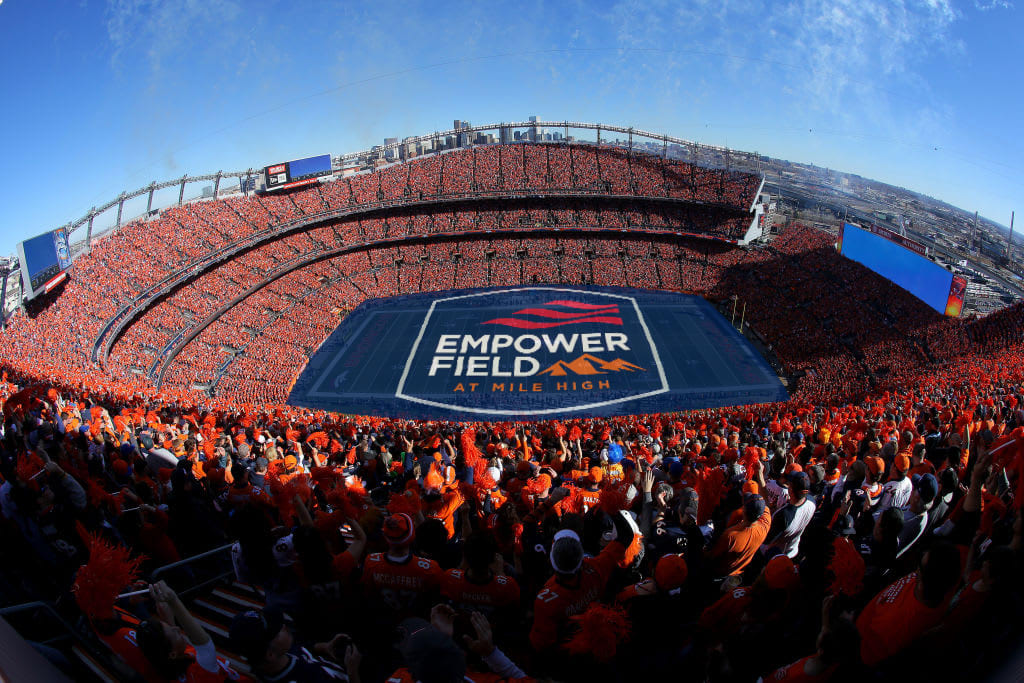 The Denver Broncos have agreed to terms with Empower Retirement on a 21 year deal to name their stadium “Empower Field at Mile High.

The 21-year deal, which is pending approval by the Metropolitan Football Stadium District, would rename the stadium Empower Field at Mile High through 2039 for an undisclosed amount, the company and team announced in a joint statement Wednesday.

Based in the Denver metropolitan area, Empower Retirement is the nation’s second-largest retirement plan provider and has been a team sponsor since 2015.

“Empower was born in Colorado but our associates serve working Americans across the entire nation — many of whom follow the NFL. This agreement gives us the chance to show support for this beloved hometown team and our vibrant local community,” Empower Retirement CEO Edmund F. Murphy III said in a statement announcing the deal.

Invesco originally won the naming rights to the stadium in 2001 in a 20-year deal valued at $120 million. That deal was clipped short in 2011 when Sports Authority took over the contract and extended the term to 25 years for $150 million, The Denver Post reported at the time.

Sports Authority filed for bankruptcy in early 2016, bringing that contract to an early end. It took about two years for the Denver Broncos to change the name to Broncos Stadium at Mile High.

Sports Authority was once the largest sporting goods retailer in the nation before its business crumbled with a heavy debt load and in a tough retail environment. It had about 450 locations in 2016, all of which have since been liquidated, and 14,500 employees.

“Empower is a thriving — and growing — hometown company that has been a valued team partner since our Super Bowl season in 2015,” Broncos President and CEO Joe Ellis said. “We’ve enjoyed a genuine working relationship with Empower for a number of years because they are simply great at what they do.”

The stadium recently budgeted $8.3 million in upgrades for the stadium, including new lighting and seating to meet the standards of soccer authority FIFA.

The Broncos have enjoyed the league’s best home field advantage over the last four-plus decades, leading the NFL with 253 home wins since 1977. Since their current stadium opened in 2001, the Broncos are one of only seven NFL teams with at least 100 home victories.

The team’s first home game of the 2019 season at Empower Field at Mile High is against the Chicago Bears on Sunday, Sept. 15.