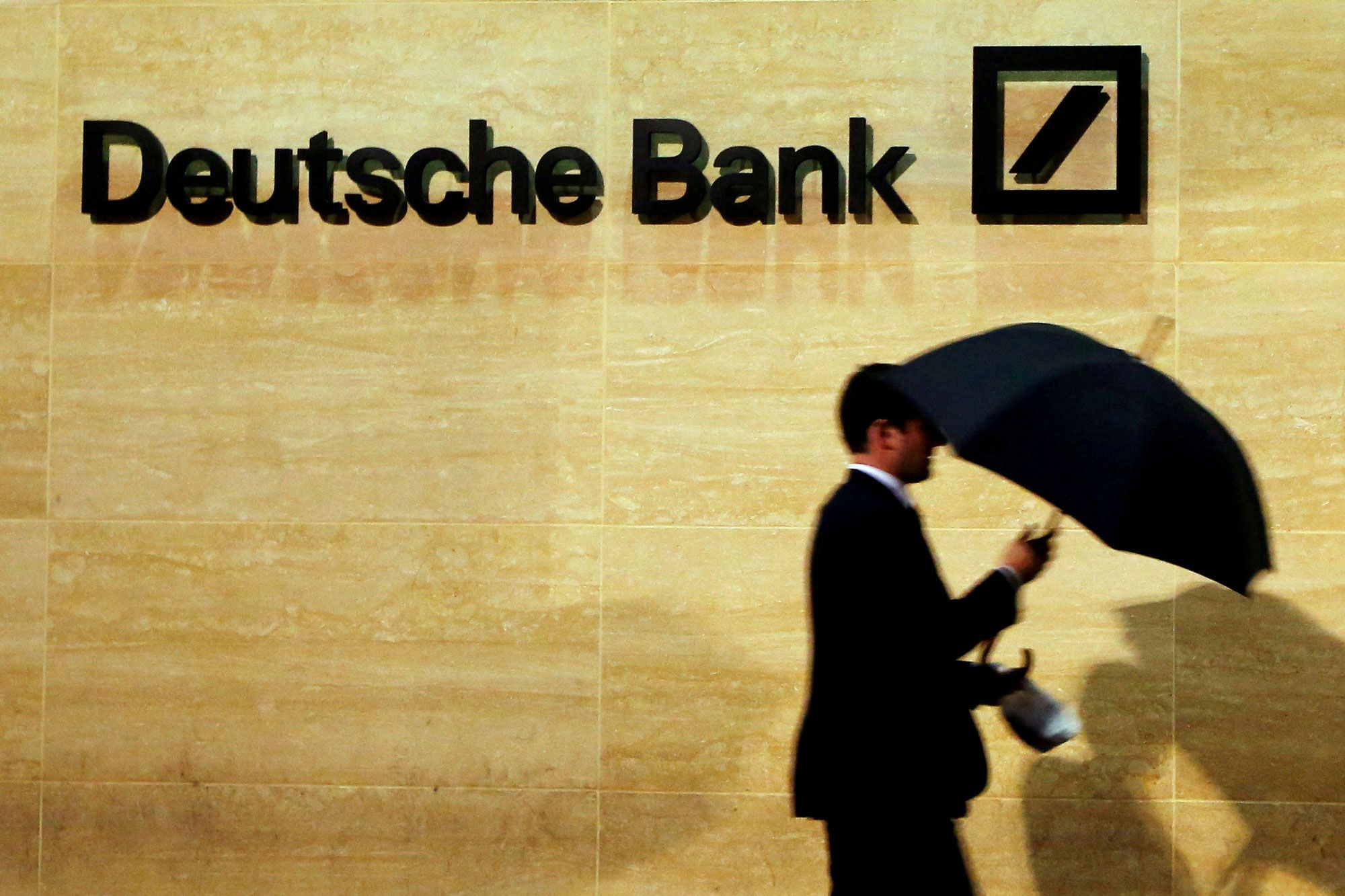 Deutsche Bank is considering cutting 15,000 to 20,000 jobs, or more than one in six full-time positions globally, the Wall Street Journal reported on Friday, citing people familiar with the discussions.

The layoffs would probably take place over more than a year and would spread across regions and businesses, the Journal said.

Top-level talks about the restructuring took place on Thursday and Friday, but no final decisions have been made, a source close to the matter told Reuters.

Deutsche Bank is completing a plan that may eliminate hundreds of positions in equities trading and research, as well as derivatives trading, as part of a broad restructuring, Bloomberg reported on Friday, citing sources.

Sources told Reuters last week that the bank plans to cut the size of its U.S. equities business, leaving only a skeleton operation in place to service corporate and high-net-worth clients.

Members of Deutsche’s supervisory board discussed those plans on a call earlier this month and agreed that large-scale cuts were necessary in the bank’s U.S. equities and rates trading businesses, Reuters reported, citing the sources.

Chief Executive Officer Christian Sewing is trying to convince investors he can turn around Germany’s biggest bank, whose shares hit a record low this month. He told investors at the annual meeting last month that Deutsche was prepared to make “tough cutbacks” at its investment bank.