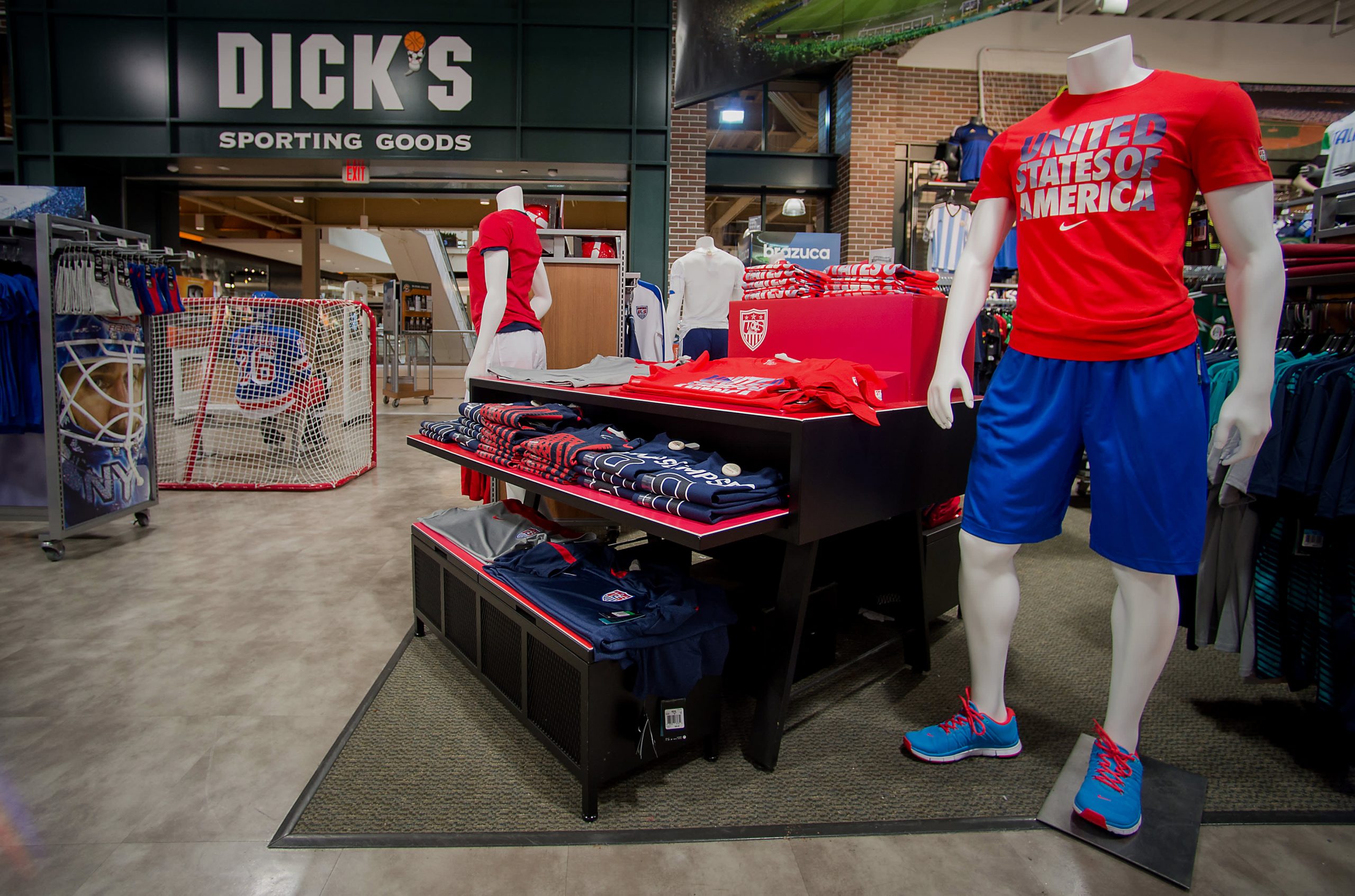 Mannequins stand next to merchandise displayed for sale at a Dick’s Sporting Goods store in West Nyack, New York.Craig Warga | Bloomberg | Getty ImagesDick’s Sporting Goods reported Wednesday fiscal first-quarter earnings and revenue that topped analyst estimates, saying kids returning to team sports boosted sales.Dick’s also raised its full-year financial outlook, citing building momentum.Shares jumped more than 6% on the news in premarket trading.Here’s how Dick’s did for the period ended May 1, compared with what analysts were anticipating, using Refinitiv estimates:Earnings per share: $3.79 adjusted vs. $1.12 expectedRevenue: $2.92 billion vs. $2.18 billion expectedDick’s net income grew to $361.8 million, or $3.41 per share, from a loss of $143.4 million, or $1.71 per share, a year earlier. Excluding one-time adjustments, it earned $3.79 per share, well ahead of the $1.12 that analysts had expected, according to a Refinitiv survey.Revenue grew 119% to $2.92 billion from $1.33 billion a year earlier, when Dick’s was forced to shut its stores for a period of time due to the pandemic. That beat estimates for $2.18 billion. On a two-year basis, sales were up 52%.CEO Lauren Hobart said it saw a resurgence in its team sports business during the quarter, as kids returned to activities following a year when many youth sports were canceled. The company also saw heightened demand in the golf category.Same-store sales surged 115% year over year, the company said, which included e-commerce growth of 14%.Digital sales accounted for 20% of total sales, up from 13% in 2019.Dick’s now expects adjusted earnings in fiscal 2021 to be in a range of $8.00 to $8.70 per share, with sales of $10.5 billion to $10.8 billion. Analysts had been looking for the company to earn $5.32 per share, after adjustments, on sales of $9.8 billion.As of market close Tuesday, Dick’s shares are up about 50% year to date. The company has a market cap of $7.5 billion.Find the full earnings press release from Dick’s here.

Commerce secretary on boosting U.S. semiconductor production: ‘We’re going to get it done’
Snowflake CEO urges investors to be patient with stock during multiyear cloud transition
To Top
error: Content is protected !!
Top