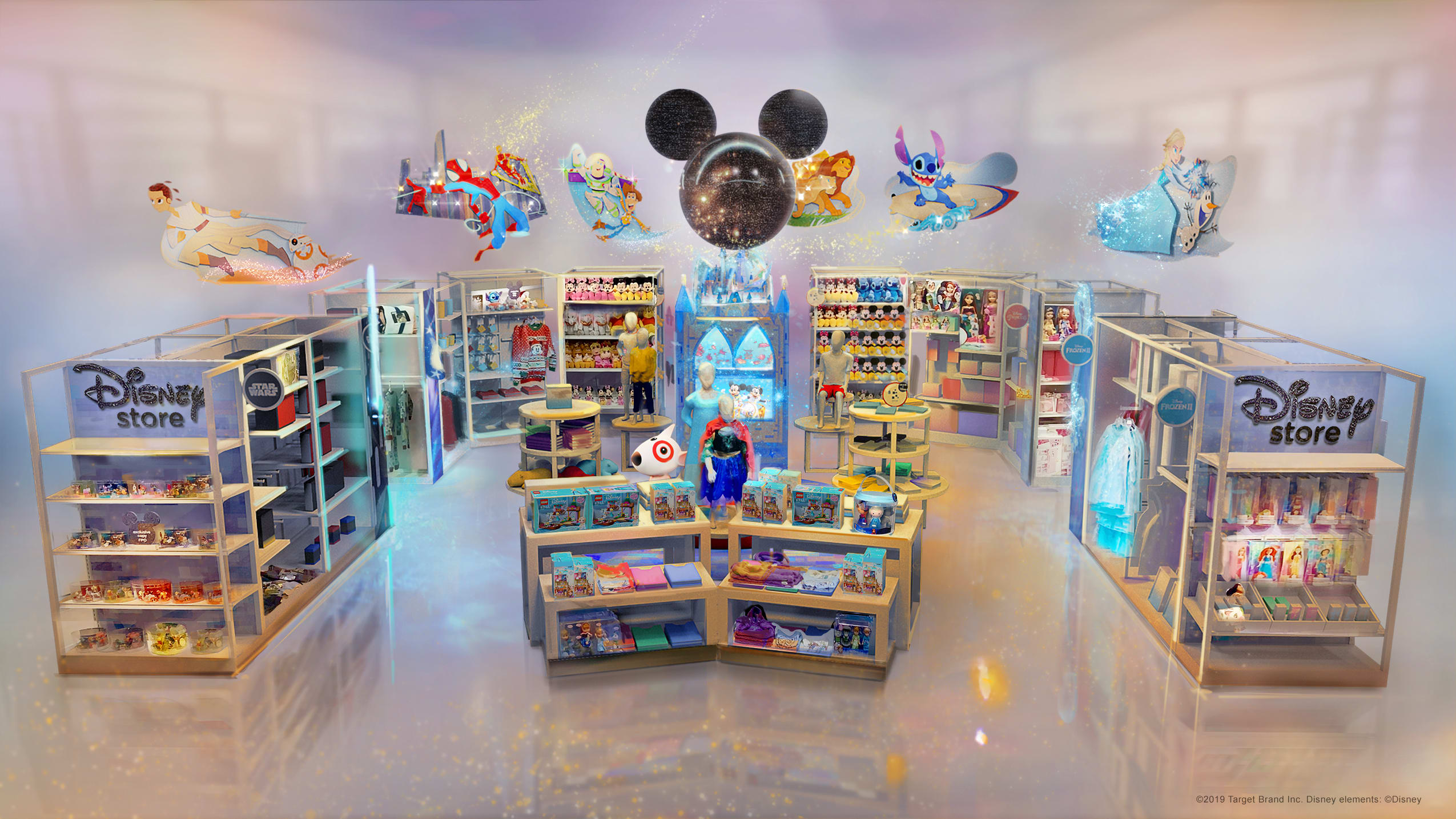 Twenty-five Disney stores will open at Target stores across the country this Oct. 4, ahead of the holiday season, in cities including Philadelphia, Denver and Chicago.

Target on Sunday announced it’s opening dozens of permanent Disney stores within its own stores over the next year, as it invests in more unique ways to lure customers inside.

The announcement comes on the heels of Target’s strong quarterly earnings report last week, where it showed it drove more people to stores and got them to spend more money there. Its stock touched a record intraday high of $106.52 on Thursday. Target shares are now up more than 55% year to date.

This Oct. 4, ahead of the holiday season, 25 Disney stores will open at certain Target stores across the country, in cities including Philadelphia, Denver and Chicago. (See a full list of those locations below.) Forty additional Disney locations — selling toys, games, apparel and more — are planned to open by October 2020, the big-box retailer said. It will also be launching a Disney-themed experience on its website, beginning Sunday, where shoppers can find products from the Pixar, Marvel and Star Wars brands, among others.

In expanding its tie-up with Disney, Target will also be opening a store at the Walt Disney World Resort in Orlando, Florida, in 2021, the companies said.

“Disney is among our largest and most admired [brand] relationships,” Target CEO Brian Cornell said on a call with members of the media. “We have spent a lot of time thinking about how to grow.”

Cornell declined to comment on how much Disney merchandise currently brings Target in terms of sales, or how much of a revenue driver he expects the Disney store expansion to be.

Meanwhile, the announcement comes as retailers across the U.S., including Target, Walmart, Kohl’s and Amazon, are still vying for the market share Toys R Us left up for grabs after it liquidated last year. Though, the Toys R Us brand is still mapping out a comeback of its own.

Ahead of last holiday season, Target added a quarter-million square feet of space permanently dedicated to toys across more than 500 stores. About 100 stores received a fuller remodel in the toy aisles. When it reported 2018 holiday results, Target said same-store sales were up 5.7%, with the toy category being one of its strongest.

Disney said it will be opening the first batch of stores at Target right as a new assortment of merchandise from Disney’s “Frozen 2” and “Star Wars: The Rise of Skywalker” hits shelves. It said it will also sell some collectible merchandise there, like dolls and apparel from its Disney Animators’ Collection.

The companies explained the Disney stores within Target will be staffed by Target employees, who are set to receive special training ahead of the openings.

The mini Disney stores will span about 750 square feet on average, they said, and will be located next to kids clothing and the existing toy aisles in Target stores. Each store is expected to hold more than 450 items, including about 100 products that could previously only be found at Disney’s own bricks-and-mortar stores. It has more than 300 such stores globally today.

Target said many items will be under $20, with most ranging from $2 to $200. There will also be seating areas in the pint-sized shops for families to sit, listen to Disney music and watch Disney movie clips or take photos in front of interactive displays, it said.

People who own Disney gear or visit Disney theme parks are likely people who also shop at Target, according to Bob Chapek, chairman of Disney Parks, Experiences and Products. He said there’s about a 90% overlap between the two company’s customers.

“This gives us the opportunity to expand our footprint well beyond [malls],” Chapek said on a call with members of the media. “The experiential retail coming to Target is just what today’s consumer is looking for.”

Chapek said Disney also has a partnership with J.C. Penney in some department stores, which it will continue even as it works with Target. “That was something we started at smaller scale than what this was going to be,” he said about teaming up with Penney.

The announcement for Disney also comes as it’s been revealing new information about its upcoming streaming service’s shows and films during its Disney+ panel at D23 Expo this weekend in Anaheim, California.

Meanwhile, for Target, an expanded partnership with Disney could become just one of many national brand partnerships growing in its stores, hundreds of which are being remodeled. CVS acquired Target’s pharmacy business back in 2015, for example, and now operates that part of Target’s stores through a “store-within-a-store” format. Target also recently announced it will be bringing denim maker Levi’s to dozens of stores.

“Based on the performance of our business, we’ve had interest from a number of different vendors, ” Cornell said. But he cautioned Target will be very “selective” in picking the brands it chooses to work with. “I can’t think about a better national brand partner than Disney.”

Here are the 25 Target locations where Disney is set to open on Oct. 4:

Disney unveils more about its parks, cruises and resorts at D23 Expo
The 2019 Lamborghini Urus is a $200,000 fire-breathing super SUV
To Top
error: Content is protected !!
Top