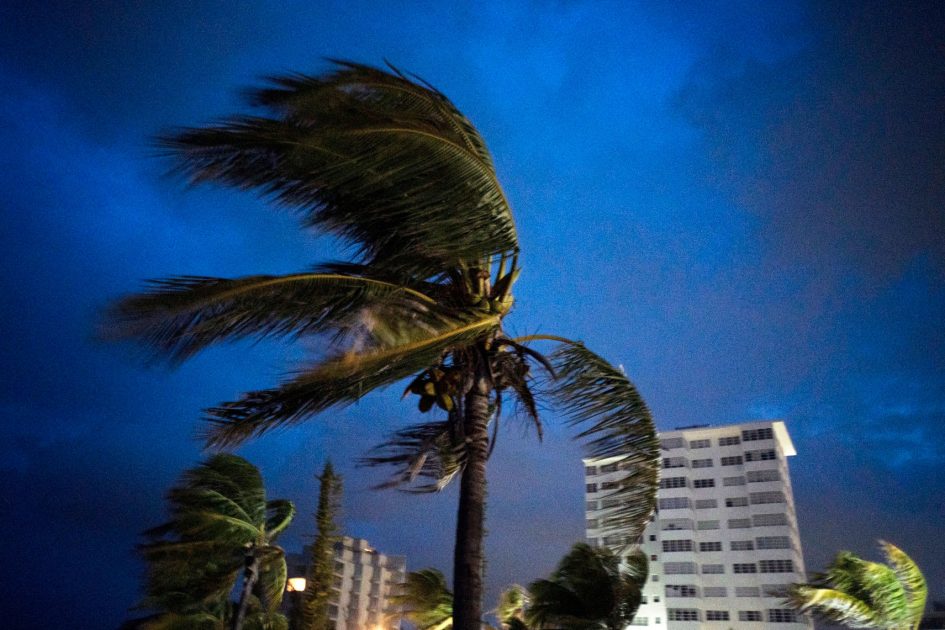 Strong winds move the palms of the palm trees at the first moment of the arrival of Hurricane Dorian in Freeport, Grand Bahama, Bahamas, Sunday Sept. 1, 2019.

The Walt Disney Company is coming under fire after it did not evacuate employees from its private island when Hurricane Dorian ripped through the Bahamas over the weekend.

The company’s Castaway Cay, which has been used as a private cruise destination since 1998, is located about 40 miles from where the center of Hurricane Dorian first made landfall on Great Abaco. Disney said the island was not hit by Dorian’s hurricane-force winds but experienced winds at the level of a tropical storm. Tropical storms become hurricanes when winds reach in excess of 73 mph.

The 1,000-acre island is home to more than 60 workers who are on site year-round.

“Many of our guests have asked questions about Castaway Cay,” Disney wrote on its cruise line website. “Some of our crew remained on the island and their care and safety is our highest priority. As forecasted, sustained winds on the island did not extend beyond tropical force strength and our crew has returned to their living quarters after spending a few hours in our storm shelter yesterday.”

The company said the storm shelter was designed for situations such as Hurricane Dorian and has restrooms, power and is well stocked with food and water.

The Miami-based National Hurricane Center said Castaway Cay was and currently is in a hurricane warning. However, the NHC said it does not have an observation site on the island, so it doesn’t know whether the island experienced hurricane or tropical-force winds.

The concern over how Disney was treating employees came after a tweet claimed the company had left nearly 100 employees on the island during a Category 5 hurricane. However, the tweet has since been deleted and the claims could not be confirmed.

The Disney Dream, one of the company’s massive cruise ships which stops at Castaway Cay during its voyages, was initially supposed to return to Port Canaveral on Wednesday. However, the company extended the ship’s sailing until Thursday to ensure the port was safe.

Hurricane Dorian, one of the most powerful Atlantic hurricanes on record, showed some signs of weakening early on Tuesday as it remained stalled over Grand Bahama Island, NHC said Tuesday.

The hurricane has reportedly weakened to a Category 2, with maximum sustained winds of 110 miles per hour. At least five people have been killed during the storm, which has been pounding the Bahamas for days. When the hurricane hit the Abaco Islands it was considered a Category 5 storm.