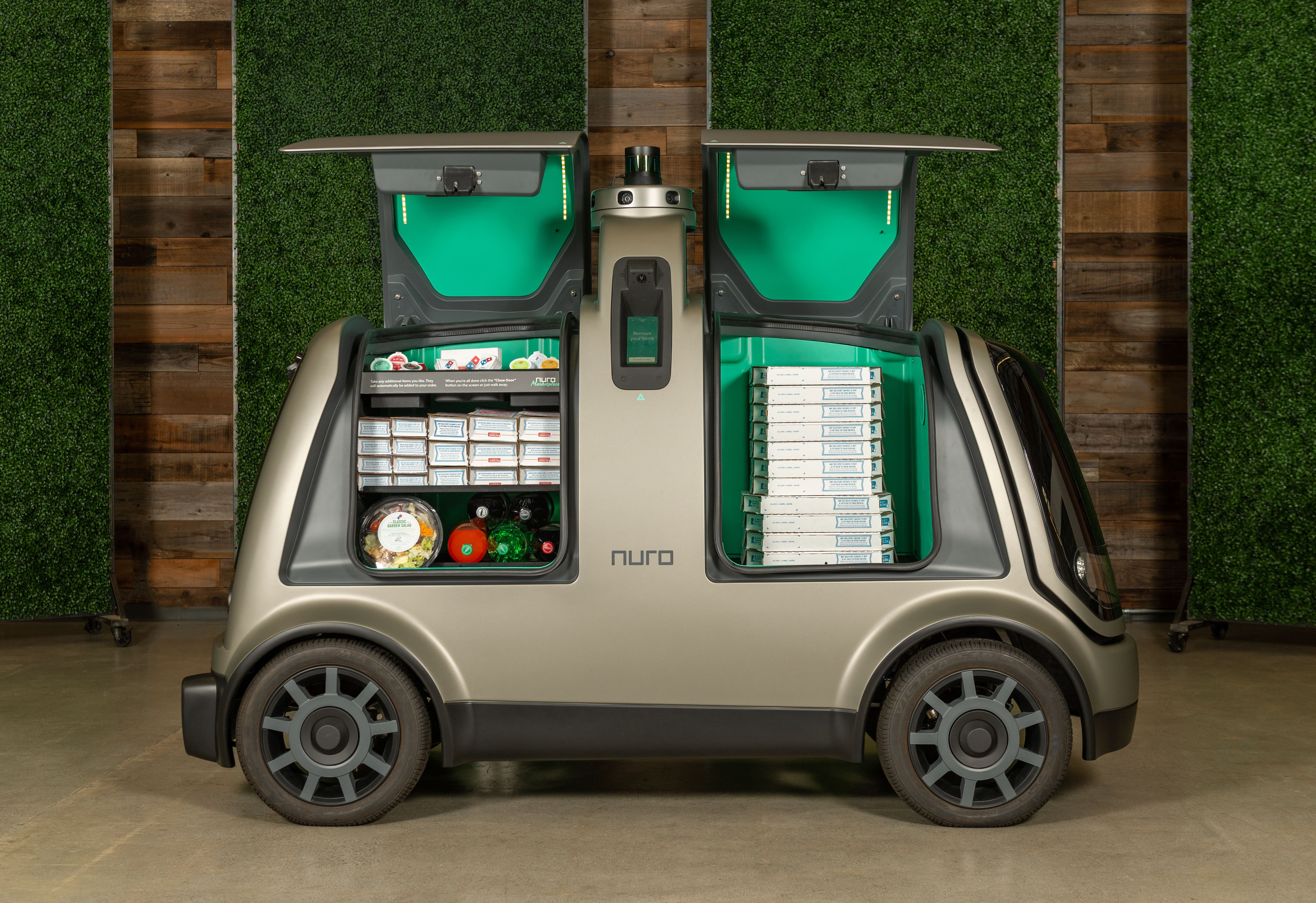 Domino’s is teaming up with robotics company Nuro for an autonomous delivery test in Houston later this year.

Domino’s is taking a new autonomous delivery partnership for a spin.

The pizza chain announced Monday it is teaming with robotics company Nuro for a pilot program in Houston later this year. Nuro has developed a custom unmanned vehicle, called the R2, for delivering goods including food and dry cleaning. Domino’s says it’s interested to learn more about the operational and customer experiences with this type of vehicle, which is built for goods delivery only.

The move could also give store owners options during peak delivery times.

“The opportunity to bring our customers the choice of an unmanned delivery experience, and our operators an additional delivery solution during a busy store rush, is an important part of our autonomous vehicle testing,” Kevin Vasconi, Domino’s executive vice president and chief information officer, said in a statement.

Nuro has raised more than $1 billion from investors including Greylock and Softbank and has a partnership with Kroger. Its founders, Dave Ferguson and Jiajun Zhu, were principal engineers at Google’s self-driving car project, Waymo.

This isn’t the company’s first go-round with self-driving delivery vehicles. Domino’s did three rounds of joint delivery testing with automaker Ford — in Ann Arbor, Michigan, where the chain is headquartered, and in Miami, which ended in late 2018. The company has not disclosed how much it has invested in these tests but said the Nuro and Ford partnerships are separate.

Customers who order online from Domino’s participating locations will have the opportunity to use Nuro’s autonomous delivery. Once they’ve opted in to the feature, they can track the delivery via the Domino’s app and will be given a unique code to open the delivery compartment and get their order.

Delivery is in focus for Domino’s as competition has increased from other third-party aggregators such as UberEats and Doordash. In fact, Domino’s CFO Jeff Lawrence told analysts last quarter that marketing from these competitors pressured U.S. same-store sales during the period, which increased by 3.9 percent. Domino’s has been using a “fortress” strategy as part of its growth plan: maintaining control over the delivery process, keeping it in house and adding new stores in existing markets to speed up delivery times,.

“For our stores, the vehicles could be most valuable during busy ordering times, when having an additional delivery option could be operationally impactful. We would expect that once the vehicles are more of a market reality, stores could choose to use a mix of traditional deliveries with a driver, and unmanned vehicle deliveries, depending on the preferences of the customer,” Vasconi said.

The goal, Domino’s says, is to be ready when the vehicles come to market with a customer interface that is “simple to use and customer-friendly” as well as an operational plan that will work for the business model.

And as the delivery wars continue, restaurant brands are poised to seize on new opportunities to win. Domino’s is getting out in front.

“Restaurant operators will jump at the opportunity to use autonomous vehicles for delivery once federally legalized — there are issues on the automobile and regulatory side — but the restaurant industry will be one of the first to move on that,” said R.J. Hottovy, senior restaurant analyst at Morningstar.