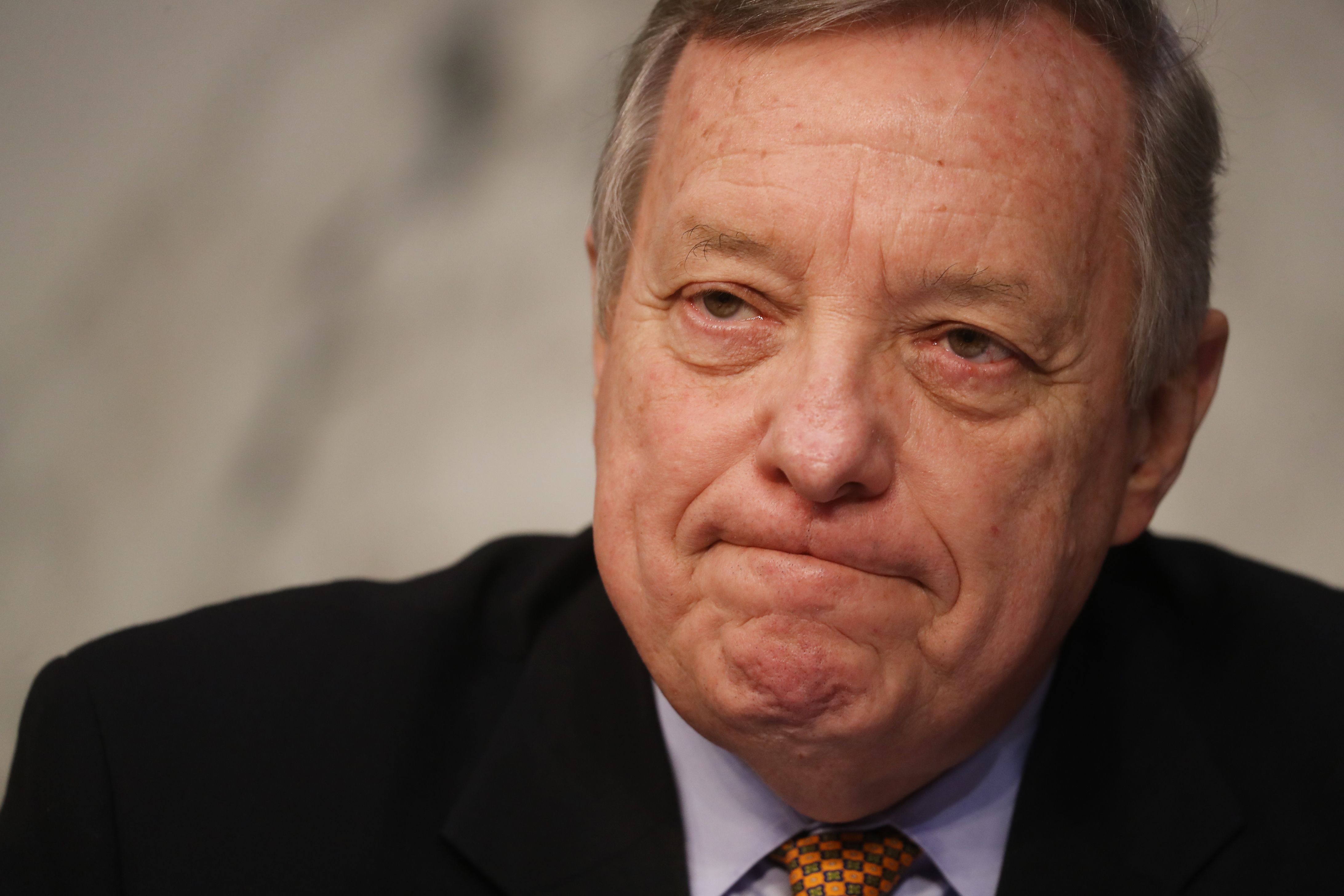 Senate Minority Whip Dick Durbin blasted acting Food and Drug Administration Commissioner Ned Sharpless in a letter Wednesday, calling a recent meeting on teen vaping with the regulator “one of the most disappointing and alarming” meetings in Durbin’s 23 years of public service.

“I walked away from that meeting with the belief that you have no intention of addressing this ‘public health epidemic’ — as your predecessor declared it — during your tenure at the FDA,” Durbin wrote, urging the regulator to take immediate action to “protect children from a lifetime of addiction.”

Former FDA Commissioner Scott Gottlieb, who stepped down in April, called teen vaping a public health crisis after seeing a sharp spike in high school students’ use of e-cigarettes last year, soaring nearly 78% from the previous year, according to a federal data. The surge prompted the FDA to restrict access to fruity flavors, limiting where they can be sold and threatening to remove some e-cigarettes from the market altogether.

“It defies logic that a federal regulatory agency, such as FDA, would not have an understanding of which products are on the market legally and which are on the market illegally,” wrote Durbin, who’s the minority whip in the U.S. Senate.

Durbin called on Sharpless to immediately begin reviewing e-cigarettes. The agency was supposed to begin reviewing the devices last year, but Gottlieb decided in 2017 to delay the review until 2022. After teen use surged, Gottlieb moved the review up to 2021. A federal judge recently ruled against the agency, calling the delay “so extreme as to amount to an abdication of its statutory responsibilities.”

“We know that kids are attracted to these products because of the kid-friendly flavors that your agency is currently, and inexplicably, refusing to regulate,” Durbin wrote. “You have the explicit authority to end FDA’s senseless decision to suspend public health review of e-cigarettes and cigars and take action today.”

Durbin also called on the FDA to crack down on Juul’s “Make the Switch” advertising campaign that encourages adult smokers to give up smoking for Juul, which has quickly risen to become a market leader among e-cigarette manufacturers.

“This is, unmistakably, a smoking cessation claim from Juul — a product that FDA has found to be largely responsible for the current epidemic of youth use of addictive e-cigarettes and which has never been approved by FDA as a smoking cessation device,”  Durbin said. He said the company’s not conducted any clinical trials to test whether its products help smokers quit and the company shouldn’t be making that claim.

Gottlieb at CNBC’s Healthy Returns Summit earlier this month said the FDA ‘struck the wrong balance’ in regulating e-cigarettes. Durbin urged Sharpless to not “repeat the mistakes of Commissioner Gottlieb by underestimating the danger these products” present to minors.

FDA kicks off review of CBD at first public hearing Friday
Juul is exploring plans to open its own US stores
To Top
error: Content is protected !!
Top