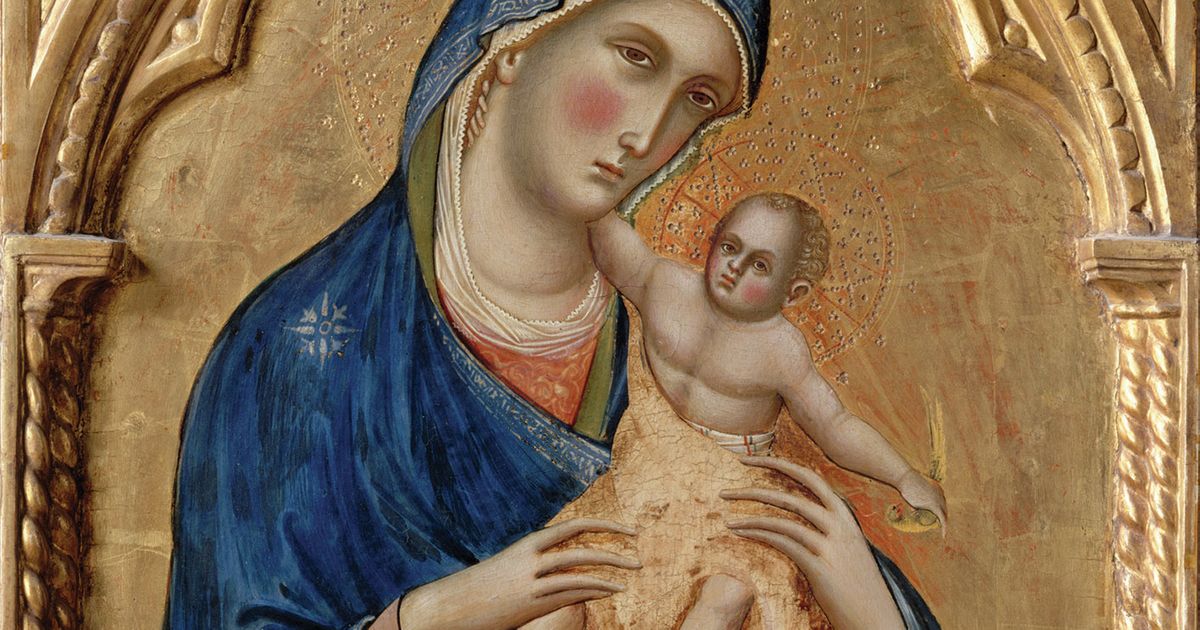 Veneziano’s Virgin and Child (around 1340-50) was thought to be the central panel of the Worcester triptych but new research suggests it is too large
Photo: René-Gabriel Ojéda; © RMN-Grand Palais/Art Resource, NY

Paolo Veneziano, the best-known artist of Trecento Venice, is regarded as the founder of the Venetian school of painting. Likely active from the early 1330s to late 1350s, Veneziano combined Byzantine, Italian and northern European elements with an extravagant use of colour that left traces in later Venetian masters, from Giovanni Bellini to Jacopo Tintoretto.  Despite his influential position in the history of art, Veneziano remains remarkably unknown outside Italy. Although several of his key works are in American collections, there has never been a monographic show about him in the US. But this summer the Getty Center in Los Angeles will change that with an exhibition reuniting key panels accompanied by new research challenging former assumptions about these.

A gap in the computer-generated reconstruction of the Worcester triptych replaces the contested Virgin and Child (above), which may come from a later work
Courtesy of Jon Albertson/Albertson Design

Veneziano was active during the devastation of the Black Death in the 1340s, and our own era’s pandemic has been a blow to his newfound US prospects. Originally planned for both the Frick Collection and the Getty Center, the show was meant to reassemble two multi-panelled works: the small-scale Worcester triptych, now spread among a number of institutions, including the National Gallery of Art (NGA) in Washington, DC and the Worcester Art Museum in Massachusetts; and the large-scale San Severino polyptych, now divided between a museum in Italy’s Marche region and the Frick. The two reassembled works were to be shown with another intact triptych on loan from Italy’s Galleria Nazionale di Parma.The Marche works have not made it, and the Frick, while loaning The Coronation of the Virgin (1358) for the first time since it was acquired in 1930, has cancelled the New York leg of the show. But the Los Angeles version should still be something of a sensation, thanks to analysis by a team from the Getty, NGA and Worcester Art Museum, who argue in the catalogue that the Worcester triptych’s proposed central element, a Virgin and child from the Musée du Petit Palais in Avignon, is too large. Most likely, it was part of a similar, somewhat bigger work that may date later, while the Worcester ensemble would have had a different Virgin and child. They have based their conclusions on x-radiography and visual examinations that postulate the original sizes of the panels, which had been altered over the centuries.

The Coronation of the Virgin (1358) by Paolo Veneziano and Giovanni Veneziano
The Frick Collection, New York

Davide Gasparotto, the Getty’s senior curator of paintings, says the Worcester triptych will be reassembled with the help of a metal mount that allows visitors to experience the surviving panels of the 80cm work in something like their original arrangement. The smaller Parma triptych, believed to be an early model for this type of private devotional piece, will be shown in an adjacent vitrine, while the Avignon panel will be hung on a wall nearby. In place of that now disputed Virgin and child, the Worcester ensemble will be displayed with a hole at its centre.• Paolo Veneziano: Art and Devotion in 14th-Century Venice, Getty Center, Los Angeles, 13 July-3 October

Even past the pandemic, New York museum directors plan to continue collaborative conversations
Bienal de São Paulo celebrates its 70th anniversary this month with a podcast series and other programmes
To Top
error: Content is protected !!
Top