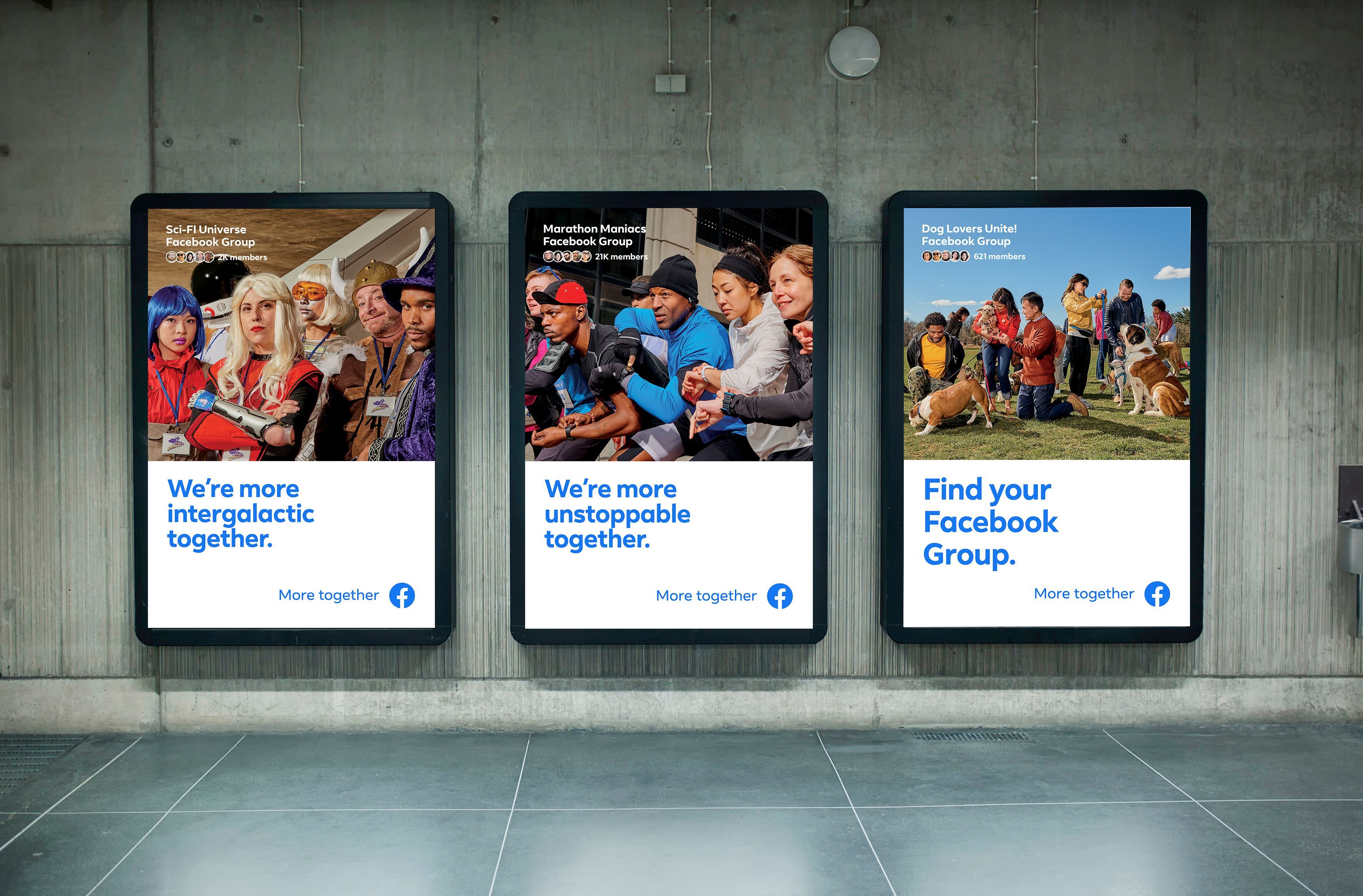 Facebook is launching its first major brand campaign under its new chief marketing officer as it seeks to get people talking about Facebook Groups.

The campaign, called “More Together,” will first launch in the U.S. with television spots and digital advertising outside of Facebook, out-of-home marketing and media partnerships. It focuses on people coming together on Facebook Groups over shared interests and experiences, whether it’s tacos or sci-fi. The campaign will continue through the year focused on connections made through other Facebook products. The company would not say how much it is spending on the campaign.

Facebook hired Lucio away from HP last year, giving him the task of rehabilitating the company’s reputation after a year of negative reports, including how Facebook has been used to spread misinformation and influence elections.

Facebook’s new campaign steers clear of those issues and zeroes in on Groups. That theme was also front-and-center at the company’s F8 conference this week, where Facebook announced a new version of its app, which will emphasize Groups and community to a greater extent than the previous designs. CEO Mark Zuckerberg said the company will take measures to ensure that it is not recommending users to join Groups made for the purpose of spreading misinformation.

The creative work for the campaign was done by Wieden + Kennedy, Facebook’s internal Creative X team and Freuds Communications.

Drone flies a kidney to a transplant patient for the first time ever
IPG is inexpensive, but don’t buy it here
To Top
error: Content is protected !!
Top