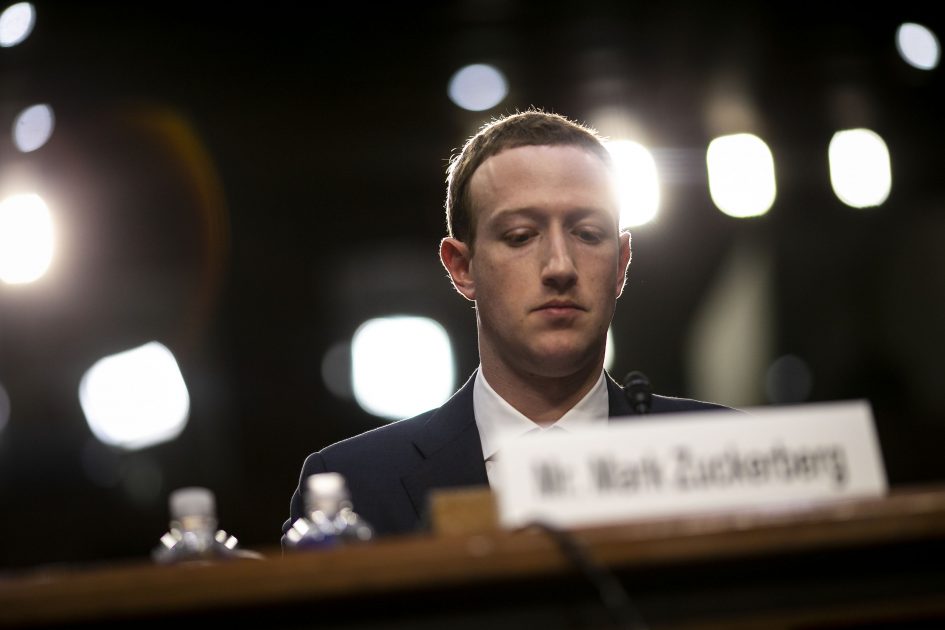 Mark Zuckerberg, chief executive officer and founder of Facebook Inc., listens during a joint hearing of the Senate Judiciary and Commerce Committees in Washington, D.C., U.S., on Tuesday, April 10, 2018.

Less than two weeks before a likely iOS software update that will give iPhone users regular pop-ups telling them which apps are collecting information location in the background, Facebook has published a blog post about how the Facebook app uses location data.

The blog post appears to be a way to get out in front of software changes made by Apple and Google that could unsettle Facebook users given the company’s poor reputation for privacy.

“Your Android or iOS location settings allow you to control when you share your device’s precise location with apps like Facebook,” a Facebook engineering director wrote in a blog post. “That’s why we’re letting you know that Android and iOS have released new versions of their operating systems, which include updates to how you can view and manage your location.”

iOS 13, the forthcoming version of the iPhone software, will provide a pop-up that informs users about how many times an individual app has used background location over the past few days. Background location can be useful for many apps like maps or for Facebook functions like check-ins, but it can also be abused by app makers to collect data against the wishes of its users.

That means that some Facebook users may soon be confronted with an Apple-created pop-up telling them that Facebook has used their location in the background some number of times over the past few days, and including a map marking where Facebook asked the phone for its coordinates.

“If you are using iOS 13, you will begin to receive notifications about when an app is using your precise location in the background and how many times an app has accessed that information,” according to Facebook. “The notification will also include a map of the location data an app has received and an explanation why the app uses that type of location information.”

Apple typically releases new versions of iOS in the week or two after it releases new iPhones. Apple is holding a press event at its campus on Tuesday where new phones are expected to be announced.

“Sharing your location with a third-party app can really enable some useful experiences, but we don’t expect to have that privilege used to track us,” Craig Federighi, Apple’s senior vice president of software engineering said at the time. He said that Apple would enable a feature that allows iPhone users to provide location privileges just one time, instead of when the app is in use, never, or always, the previous options.”

“If you do choose to grant an app the ability to continually monitor your location in the background, we will give you reports so you will know what they are up to,” Federighi continued.

“If you decide to update to Android 10, you’ll have the option to allow individual apps to access your precise location, either while you’re using the app or when you’re not,” according to Facebook.

Facebook and Apple representatives didn’t immediately return requests for comment. Facebook’s blog post also added that it might collect location information through alternative methods even if users turn off location settings on their device.

“We may still understand your location using things like check-ins, events and information about your internet connection,” according to Facebook’s blog post.