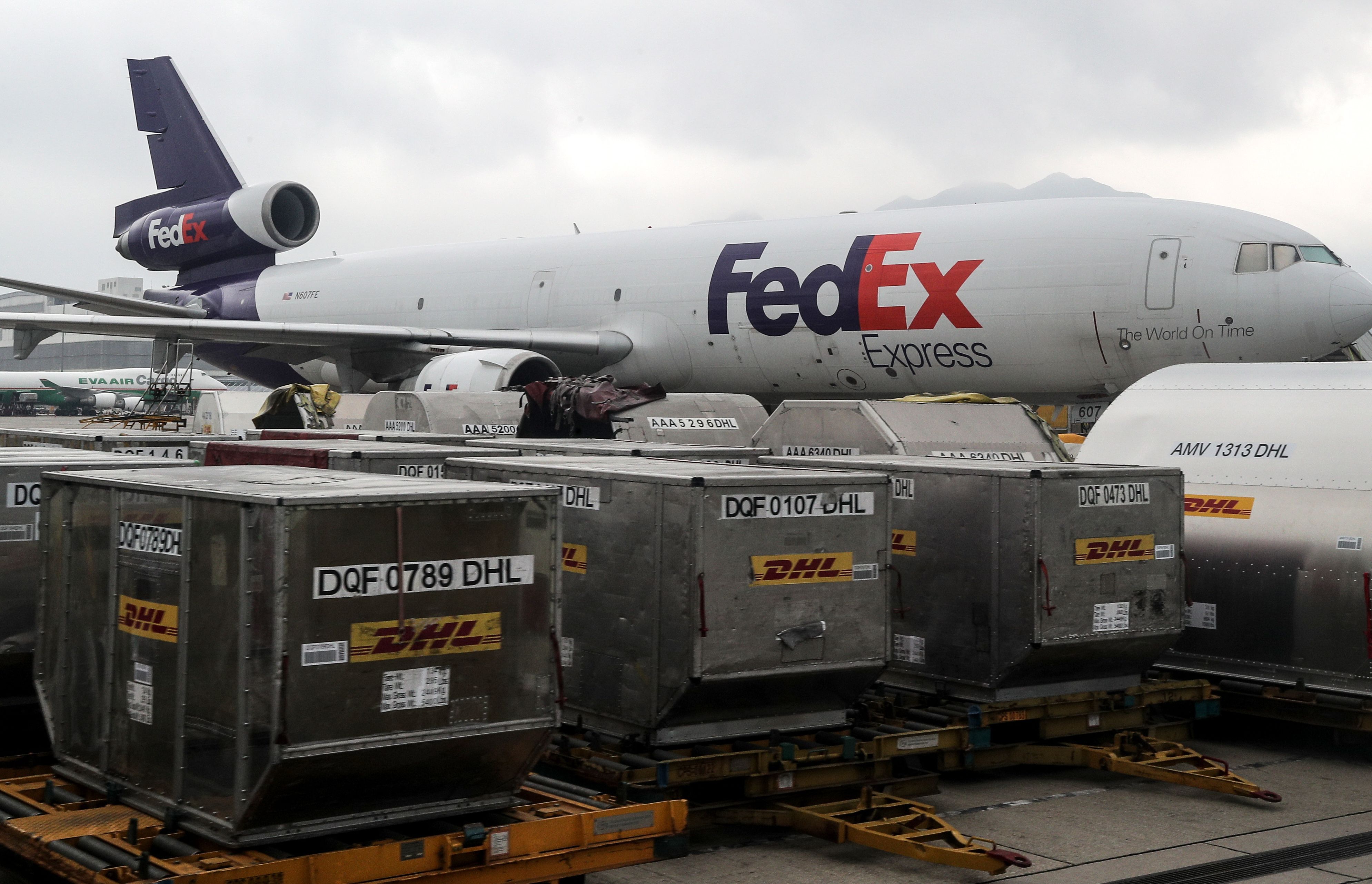 DHL containers and a FedEx airliner at Hong Kong International Airport, in the Hong Kong Special Administrative Region (HKSAR) of the People’s Republic of China.

FedEx is suing the U.S. Department of Commerce to stop it from enforcing regulations requiring it to screen and block packages coming into the U.S. that may pose a threat to national security. The regulations put the shipping company directly in the crosshairs of the Trump administration’s battle with Chinese tech company Huawei.

FedEx claims the Export Administration Regulations “violate common carriers’ rights to due process under the Fifth Amendment,” according to a statement released Monday. FedEx says the rules place an “impossible burden” on the carrier.

Shares of FedEx and rival delivery company United Parcel Service both fell by about 2% in morning trading Tuesday.

FedEx filed the lawsuit Monday after Huawei demanded to know why the shipping company failed to deliver two packages from Japan destined for China. The deliveries were instead sent to the United States. FedEx said they were misrouted in error and apologized.

In another incident, tech magazine PCMag reported that FedEx said on June 21 that it refused to deliver a package from London to the U.S. that contained a Huawei phone.

The Commerce Department on June 21 added five Chinese organizations involved in supercomputing with military-grade technology to a so-called entity list. U.S. companies are prohibited from selling technology to anyone on the list without government approval. Huawei was added to the list in May amid rising trade tensions between the two nations.

FedEx in its statement said that it’s “a transportation company, not a law enforcement agency.” The company said that “the EAR, as currently constructed and implemented, place an unreasonable burden on FedEx to police the millions of shipments that transit our network every day.”

Commerce Secretary Wilbur Ross disputed FedEx’s claims in an interview with Fox News on Monday. He said, “The regulation states that common carriers cannot knowingly ship items in contravention of the entity list or other export control authorities. It does not require a common carrier to be a policeman or to know what’s in every package.”

The lawsuit was filed in the U.S. District Court in the District of Columbia.