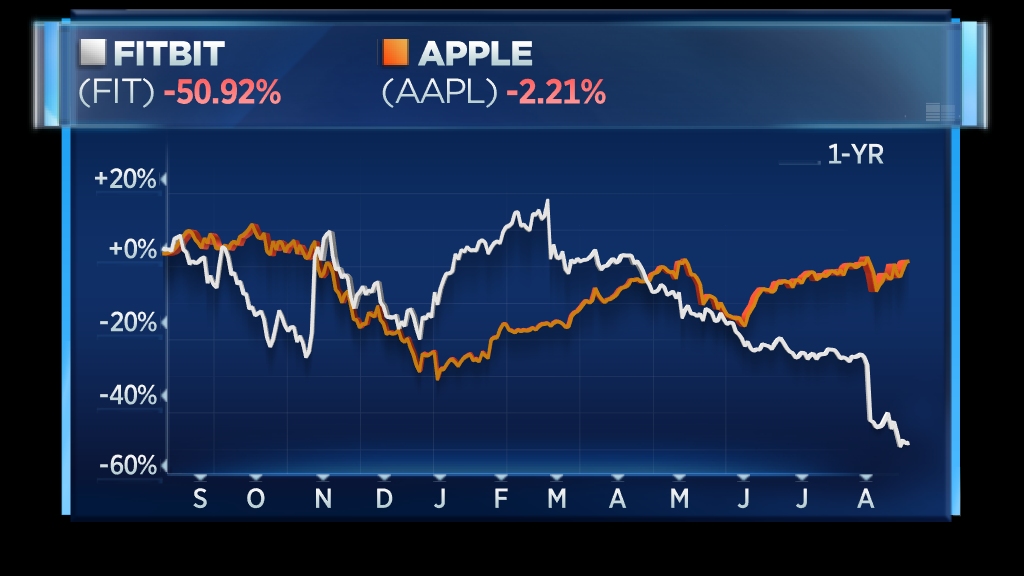 Fitbit announced a deal on Wednesday with the government of Singapore to provide hundreds of thousands of consumers there with fitness trackers as the country aims to make its population healthier.

Fitbit told CNBC that starting next month, residents of Singapore can register for the Fitbit Inspire, which the company launched earlier this year specifically for employers and health plans. Customers won’t pay anything for the device, but will commit to spending $10 a month for a year of premium service, which includes guidance and one-on-one coaching.

While Fitbit grew rapidly in the hardware market in its early days, the company’s stock price has plunged more than 50% in the past year as competition has eaten into its core business. Apple has a commanding lead in the global smartwatch market and has a far bigger app ecosystem it can offer to customers, who are already using the iPhone.

Fitbit CEO James Park is trying to push the company into software and services, where there’s recurring revenue and fatter margins. The company declined to provide specific details about how much the Singapore deal is worth, but said that it’s material to its 2019 revenues for the health solutions business, which it previously said was on track to hit $100 million. A spokesperson noted that the agreement represents more than 5% of the health solutions unit’s expected revenue for 2020.

Singapore, with a population of about 5.6 million, has a program in place to use technology “to encourage Singaporeans to adopt healthy living and affect behavior change,” said Zee Yoong Kang, CEO of the country’s Health Promotion Board, in a statement.

“We intend to work with industry innovators, such as Fitbit, on additional efforts to use technology to provide Singaporeans with personalized health advice and nudges, so that they can take control of their own health,” he said.

Like many other countries, Singapore has rising rates of diabetes and heart disease, and is looking for ways to reduce health costs by encouraging its citizens to eat healthier and exercise more regularly. The initiative with Fitbit is called Live Healthy SG.

Park told CNBC that the negotiations were “highly competitive” and that Apple was among those vying for the bid. While the Fitbit Inspire sells for well under $100, the cheapest Apple Watch starts at about three times that amount. An Apple spokesperson didn’t respond to a request for comment.

“We think this program could reach up to one million people,” said Park, indicating he sees it possibly getting to almost 20% of the population. It’s an indication “hopefully to investors and other potential customers that the transformation that we’ve talked about in our business model is becoming real,” he said.

Correction: A previous version of this story incorrectly spelled Zee Yoong Kang. This update also clarifies that the deal represents 5% of health solutions revenue for 2020.