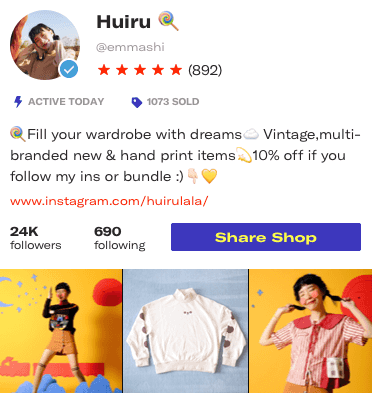 Teenagers today are known as the generation born with a phone in their hands.

They’re also the generation with up to $143 billion in buying power, according to a 2018 report by ad agency Barkley. And they’re entering a back-to-school season that will see more purchasing on smartphones than ever, a survey by Deloitte said. Sixty percent of shoppers plan on using smartphones to browse and buy apparel, electronics and school supplies before returning to school.

“Getting downloaded is a big win,” Sydow said in an email. “Re-engagement is much easier once already on the device as compared to acquiring a new user.” There’s a bigger opportunity, for example, to alert the user about new products or sales, which boosts interaction with the brand.

And even though e-commerce giants like Amazon and eBay top the chart of most-used shopping apps by Gen Z iPhone users, a few other apps you might not have heard of are quickly rising in ranks.

The athletic footwear industry is booming. It’s projected to grow to $95 billion by 2025 at a rate of 5% a year, according to marking research and consulting firm Grand View Research. Sneaker buying and reselling marketplaces like GOAT and StockX are part of that market’s biggest drivers.

In June, GOAT was the eighth most popular shopping app by Gen Z iPhone users, according to App Annie. Through the app, users can buy new or used sneakers from popular companies like Nike and Adidas. Avid sneaker purchasers and sellers prefer apps like GOAT because of their authentication services, which is much-needed in an industry where knock-offs run high. In 2018, Business Insider reported the app raised nearly $100 million in funding since its 2015 launch.

StockX is also a sneaker marketplace better known for its website. The app version launched in 2016 and is now the 17th most-used in this demographic. Limited-edition sneaker releases, such as versions of Kanye West’s Yeezy Boosts, can retail for $250 and resell for over $3,000 on StockX, according to data tracked by German streetwear blog Highsnobiety.

Depop launched in the United Kingdom in 2013 as an edgy hub for creatives to shop and resell their clothes. The app looks similar to Instagram. Users browse through photos like they’re scrolling through a friend’s feed, but they can purchase the items being worn. It was the 16th most-used app in June among Gen Zs with iPhones. The company announced last month that it had raised $62 million to fund its growth after reaching 13 million users, according to TechCrunch.

Its rise in popularity in the United States is timely: The fashion resale industry is valued at $24 billion and will almost double by 2023, according to data from GlobalData Retail and published by fashion resale website ThredUp. In 2018, 56 million women bought secondhand products, up from 44 million in 2017. The trend is surging as more consumers seek sustainable purchasing methods, the report said.

Poshmark, a more established and widely known reselling platform, was the fifth most used among Gen Z iPhone users in June. But Depop has a few key differences that make it stand out to young consumers. Because shopping is set up like an Instagram explore page, users can follow people whose fashion taste they admire, read product descriptions that feel like Instagram captions, and purchase the styles within the app.

Influencers are flocking to shopping and social app Dote — and bringing a mass of their Gen Z followers. The app launched in 2014 as a virtual mall for young consumers’ favorite brands, including Madewell, Urban Outfitters and Sephora. Since then, it’s become successful at attracting the interest of Instagram stars and YouTube creators that are popular among young consumers.

Emma Chamberlain, a YouTube influencer, launched an exclusive clothing line on Dote in 2018. She was called the “most important YouTuber today” by the Atlantic because of her influence among teens, and the collection amplified Dote to her 8 million subscribers.

In April, Dote announced that it had raised $12 million in funding, and launched a new feature called Shopping Parties. During the parties, influencers broadcast live on the app, talking about their favorite products of the season, while consumers purchase the recommendations straight from the app. According to App Annie, Dote had more than 2,500 iPhone downloads in July and 10 million active users.

A marketplace for cheap home goods, electronic accessories, and apparel, Wish was the third most-used shopping app among this demographic, according to App Annie, topping No. 4 Walmart and Target, which was seventh.

The app’s pages are an endless scroll of random, unbranded goods. You can buy a set of cat greeting cards for $1, or a toothpaste squeezer for $2. The items are shipped directly from Chinese merchants, and the shipping costs are low due to an agreement between China Post and the U.S. Postal Service, according to Forbes.

Even though the app might be a fun virtual mall for random knick-knacks, Wish users have complained about apparel they purchased on the app. Review videos on YouTube include women trying on Wish clothes (such as wedding dresses bought for under $20) that ended up being the wrong size, damaged or shoddily made. 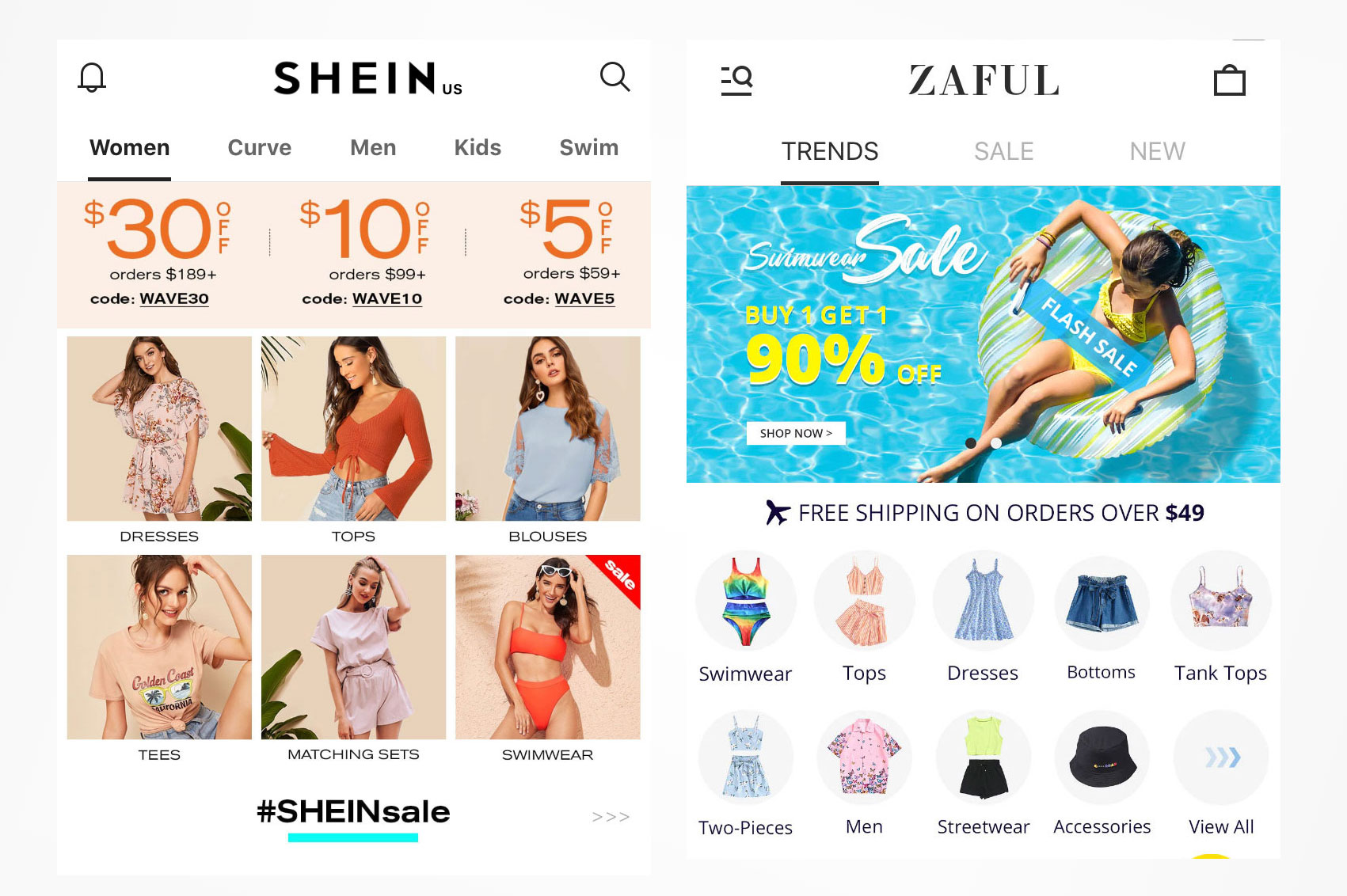 Two Chinese e-commerce apps, SHEIN and Zaful, respectively ranked as the 13th and 14th most-used shopping apps in June among Gen Z iPhone users. A quick browse on SHEIN will reveal low prices on apparel, such as denim jackets for $17 and jumpsuits for $15.

SHEIN and Wish are part of a surge of Chinese app downloads in the U.S., according to Axios. Data from Apptopia said SHEIN saw 2.5 million new installations in the United States, and is the No. 5 advertiser on iPhones in the shopping category.

In June, SHEIN and Zaful also beat out the apps of retail giants like Sephora, ranked 15th, No. 18 Nike and Ulta Beauty, which was 20th.